While most journalists are able to work remotely these days, such is not the case at the 136-year-old Philadelphia Tribune. 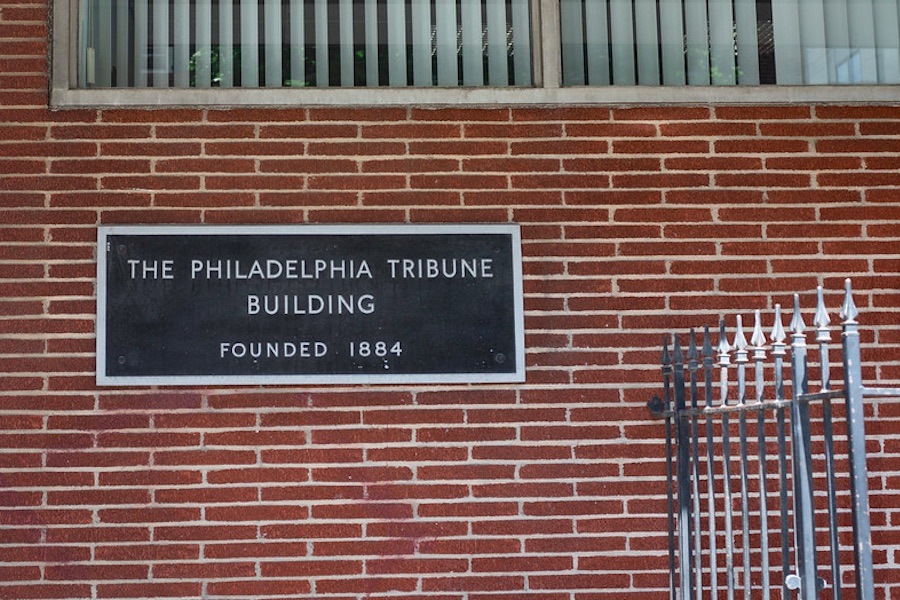 The headquarters of the Philadelphia Tribune, whose employees are not allowed to work remotely during the COVID-19 pandemic. (Photo courtesy Tom Ipri)

If you know any journalists in town, chances are they are working remotely these days. Most of us here at Philly Mag haven’t stepped into the office in months. Inquirer staffers don’t expect to report to the office en masse until 2021. Just turn on the local TV news and you’ll see many reporters broadcasting from their well-staged living rooms. But things are much different at the Philadelphia Tribune, where reporters, editors — hell, the entire staff, from what I’ve been told — have been forced to return to the office amid the COVID-19 pandemic.

This apparent ban on working remotely is just one of several “unsafe conditions” at the Philadelphia Tribune, according to an investigation by District 1199C, the union representing employees at the newspaper.

But it’s this requirement that all employees report to the office during their normal working hours that really jumped out at me. Philadelphia Tribune employees say it’s been going on since May. According to the union and employees I spoke with, numerous staffers have attempted to get around this requirement by providing a doctor’s note requesting that they be allowed to work remotely during the pandemic. But neither the union nor the employees I spoke with could come up with a single case where said request was honored.

“This is what happens when you have an owner who doesn’t believe in the concept of ‘working remotely’,” suggested one Philadelphia Tribune employee, who spoke on the condition of anonymity, referring to old-school 82-year-old newspaper president and CEO Robert Bogle. “He wants everybody here. Every day. Without exception.”

“Mr. Bogle is, always has been, and always will be a person who believes that you’re not working if he can’t see you,” adds one Tribune vet who also asked to remain nameless.

Bogle didn’t personally return my calls seeking comment. Alonzo Kittrels, director of administrative services at the Philadelphia Tribune, did in his stead. After I outlined the allegations made by the union and the employees, Kittrels said that the newspaper has no comment other than that the employees who spoke to me have “violated the grievance process” by communicating with the press at this time.

The newspaper, which is geared toward a primarily Black audience, received a $5,000 micro grant from the Local Media Association in April through an emergency COVID-19 relief program funded by Facebook, says Jim Friedlich of the Lenfest Institute for Journalisn, the Philadelphia-based non-profit that helped Facebook oversee the grant program. Friedlich wasn’t able to confirm exactly how that money was to be spent or who at the Philadelphia Tribune applied for it.

But staffers, who also weren’t sure who at the paper applied for the money, insist that the whole point of the micro grant was to buy Chromebooks so that employees could work remotely if necessary. One staffer says that the company waited a month to order the Chromebooks, and two staffers say not a one has been distributed.

It should be pointed out that the vast majority of the staff (some employees put the number at around 90 percent) at the Philadelphia Tribune is Black, a population that we all now know has been hit disproportionately hard by COVID-19.

I checked in with city and state authorities to see if this come-to-the-office-every-day requirement complies with governmental guidance. It decidedly does not.

The city has told employers that “remote work must continue where feasible.” And considering that the Inquirer is capable of putting out a much larger newspaper using remote workers, it would seem “feasible” for the Philadelphia Tribune to allow its employees — or at least a good number of them — to work remotely. The city has also instructed companies to stagger work hours for employees who do have to show up to the office, and Philadelphia Tribune staffers say that is not happening.

As for the governor’s office, here’s what a spokesperson had to tell me: “One of the July 15 mitigation steps announced was that unless not possible, all businesses are required to conduct their operations in whole or in part remotely through individual teleworking of their employees in the jurisdiction or jurisdictions in which they do business. For the media, this would mean that not everyone would need to be on site.”

So what’s next at the Philadelphia Tribune? A strike?

“If we don’t get any response after putting pressure on ownership, we will have to pull our folks out,” says Chris Woods, the president of the union. “We are not going to allow our members to continue to be subjected to unsafe working environments. It’s unacceptable and unfair.”

“This is a media outlet that primarily serves the African American community,” adds Ben Waxman, spokesperson for the union. “Regardless of the race of its reporters, by putting them in danger and by putting their health at risk — if reporters at the paper get sick and if there’s an outbreak in the office, then this is a disservice to the entire community.”

Yes, the Space Force Command Center Could Be Headed This Way

Here’s the recruitment commercial, in case you need a reminder:

Well, it turns out that good old Bensalem, that township just over the Northeast Philadelphia border, could play home to a Space Force command center.

According to Chris O’Connell over at Fox 29, Bensalem’s mayor and Tom Wolf nominated the township as one of a small number of areas around the country that will host Space Force command centers. And Bensalem reportedly made the first round of cuts.

If Space Force were to build a command center in Bensalem, it goes without saying that this would be the one and only thing that Bensalem would ever been known for. Good luck.

On Wednesday, the Philadelphia Art Commission unsurprisingly voted to remove the Christopher Columbus statue from Marconi Plaza in South Philadelphia, two months after armed men were seen “protecting” the statue from protesters. That 8-0 vote (one member of the commission abstained) followed a 10-2 vote by the local historical commission last week in favor of removing the statue.

So the statue is going to be removed, right? Well, maybe. After the Art Commission vote on Wednesday, a local judge ordered a stay, and the city is reviewing its legal options.