Best of Philly: Here’s to the Scientists and Frontline Heroes Fighting for Our Lives

Whether they’re helping patients who are sick or homing in on a vaccine, let’s hear it for the scientists. 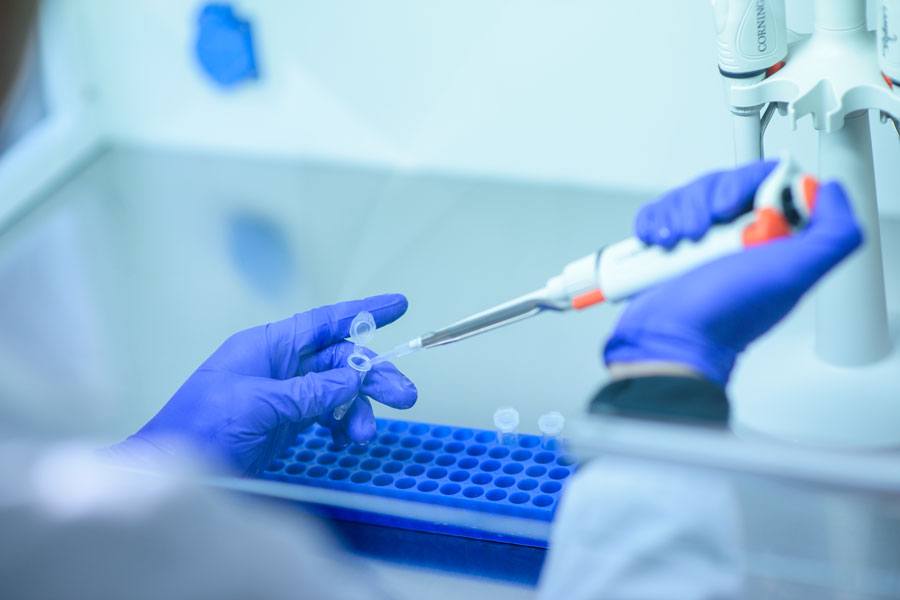 Here’s to the scientists and researchers seeking a cure, and the frontline heroes battling COVID-19. Photograph by Cristobal Marambio/Getty Images

For those who love the people who’ve come to be known during this pandemic as “frontliners” in health care, these are scary times. The bravery required by nurses, EMTs, technicians and doctors to suit up day after day, month after month, in substandard personal protective equipment and risk their lives to care for suffering patients is almost unfathomable. Through every bad governmental decision, every family left behind in quarantine and each jury-rigged mask, these medical martyrs kept going. We celebrated them, inadequately, with free pizzas and rounds of applause; we know the debt we owe them can never be repaid.

But here in this city of eds and meds, there are other frontline medical heroes who’ve stepped up and haven’t been much noticed. All across the Delaware Valley, pharmaceutical labs have been racing to come up with what everyone hopes will finally end the global nightmare of COVID-19: a vaccine. One such lab is University City’s 128-year-old Wistar Institute, the nation’s first independent biomedical research institute. In its long history, Wistar has contributed to the development of vaccines to prevent HIV, rubella, rotavirus, rabies and Zika, among other horrors. So we got to wondering: What’s life like at Wistar when a pandemic hits?

“We’ve had a lot of training for diseases like this but not a lot of experience with them,” says Ami Patel, a research assistant professor at Wistar who’s been a major contributor to development of its COVID-19 vaccine — one of three fast-tracked as particularly promising by the Coalition for Epidemic Preparedness Innovations. “There was swine flu in 2009, but nothing on this scale. We’ve been forced to adapt and adjust.” For Wistar researchers, that’s meant masking up at work, socially distancing in the lab, and staggering shifts so everyone’s not in the same place at the same time.

Despite that, “The pace is very intense,” says David Weiner, Wistar’s executive vice president and director of its Vaccine & Immunotherapy Center. “All of us know people who are sick with this virus and damaged by it. We feel that very strongly.” Propelled by that urgency, Wistar’s vaccine, known as INO-4800 and developed with Inovio Pharmaceuticals, Inc., a Plymouth Meeting-based biotech firm, moved to clinical trials in a blazingly quick 12 weeks.

Traditionally, Weiner explains, there have been two kinds of vaccines: those that use a “killed” form of a disease to stimulate antibodies, like the vaccine for polio, and those that use a live form, like the measles, mumps and rubella (MMR) vaccine. “They work and have a lot of power,” he acknowledges, “but they tend to take a long time to develop.” With the whole world on hold, that’s a luxury science can’t afford. INO-4800 is instead what’s known as a “synthetic DNA” vaccine. Researchers used a computer algorithm to isolate the part of the virus’s DNA that allows it to attach to human cells. They then altered the genetic information for that portion, so the vaccine doesn’t cause the disease but still produces antibodies and T-cells, the body’s natural defenses — a process Weiner calls “a genetic trick.” The altered DNA can then be cloned to produce the vaccine quickly and inexpensively. Unlike other types, synthetic DNA vaccines don’t require refrigeration — an important plus in developing countries.

The paper that Patel and her co-authors published in Nature Communications in May detailing their process is a high-school chemistry student’s worst nightmare, full of head-spinning graphs, abbreviations and footnotes. “I think of what we do as both chemistry and a puzzle,” she says. But Wistar’s research on SARS and MERS, similar coronaviruses, provided a guide: “We’ve done a lot of work on them, and it helped us put together pieces of the puzzle.”

Tailoring a vaccine to a disease is painstaking work, and “painstaking” and speed don’t usually make for a good combination. But Wistar’s been through this before — and expects to go through it again. “Mankind is constantly bombarded by emerging pathogens,” Weiner says. “HIV was an emerging disease. Hepatitis C emerged. We’re on our third coronavirus outbreak this century. Then there’s Ebola.” On the bright side, if pandemics ever have a bright side, the increased frequency should help speed up the process of vaccine development. So what’s it take for a scientist to thrive in such high-pressure stakes?

“I guess the most important aspect,” Weiner says, “is you have to enjoy failure. Because 90 percent of the things that you try don’t work.” Oh, also among the unsung frontline heroes? The more than 100 volunteers who fully enrolled Wistar’s clinical trial at Penn and Kansas City’s Center for Pharmaceutical Research in just three weeks.