Not bad for a guy who was just resentenced to 10 years in prison last July. 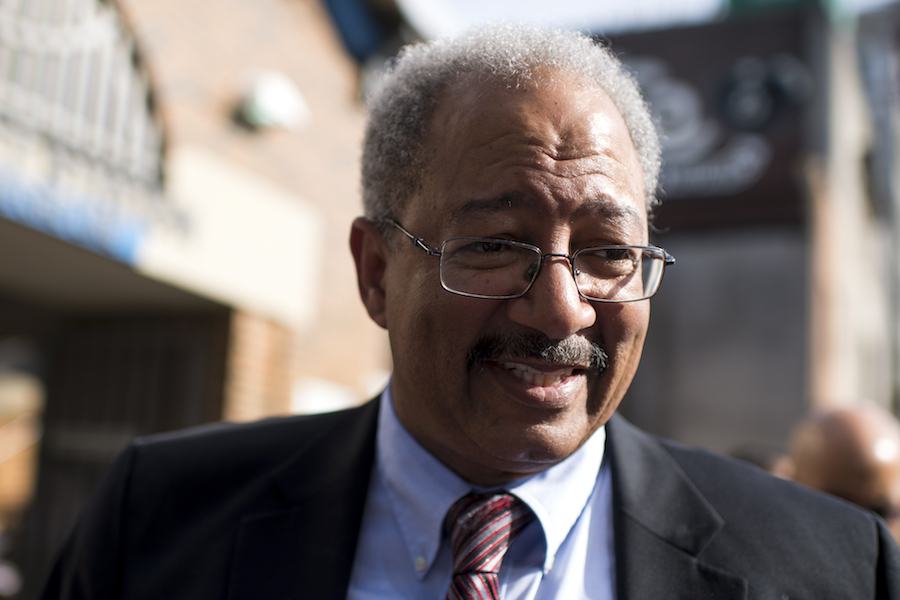 Chaka Fattah, who has been released from federal prison, in a photo taken prior to his incarceration. (Getty Images)

It was just one year ago when a federal judge resentenced disgraced former United States congressman Chaka Fattah Sr. to 10 years in prison. But now, Philly Mag has learned, Fattah is out of prison and back in Philadelphia.

The Bureau of Prisons in Washington D.C. confirms that Fattah, 63, was recently transferred from United States Penitentiary Canaan in Wayne County to what the feds call “community confinement” in Philadelphia. That means he is either on house arrest or in a residential reentry center (a.k.a. halfway house) in the area. For privacy reasons, the Bureau of Prisons wouldn’t say which.

Fattah resigned from Congress in June of 2016, a couple of days after he was convicted on 23 counts of fraud, racketeering, bribery and related charges. Prosecutors accused Fattah of being involved in five separate schemes involving everything from NASA funds — yes, as in the space agency — to mortgage fraud.

And in one instance, prosecutors said, Fattah tried to cover up an $18,000 bribe by forging documents to make the cash look like it was from a fake sale of a Porsche that happened to belong to Fattah’s wife, Renee Chenault Fattah, the former NBC10 anchor.

In December 2016, Fattah was sentenced to 10 years in federal prison and ordered to pay more than $614,000 in restitution, including $100,000 to NASA. Fattah appealed, and he did win part of that appeal. But the feds also appealed and won, and, long story short, Judge Harvey Bartle resentenced Fattah to 10 years on July 12th of last year. Fattah again appealed but lost.

“Let today serve as a warning to all public officials who allow greed or a thirst for influence to overpower any desire to serve the community honestly,” First Assistant U.S. Attorney Jennifer Arbittier Williams said on the day of Fattah’s resentencing last July. “If you are a corrupt official, we will investigate and convict you, and we will remain steadfast behind our prosecution until the last appeal is wrapped up and the final proceeding complete. Today’s sentencing illustrates the strength of our original case and the need to put Chaka Fattah behind bars for a very long time.”

So how did “a very long time” translate into a release from prison just one year later? It’s unclear.

The official court record shows no indication of why Fattah would have been released from federal prison so early. The Bureau of Prisons won’t disclose any further information about his release. The U.S. Attorney’s office hasn’t commented on the matter. Fattah’s lawyer, Sam Silver of Schnader Harrison Segal & Lewis, declined to say anything about it. And an email sent to Fattah’s personal Gmail account went unreturned.

Something tells us this won’t be the last we’re hearing about this.