Yes, Defund the Police, But Here Are More Ways to Abolish Cop Culture

Incremental changes have begun to tear at the very fabric of policing in America. Yet there are many ways we continue to glorify this troubled institution. 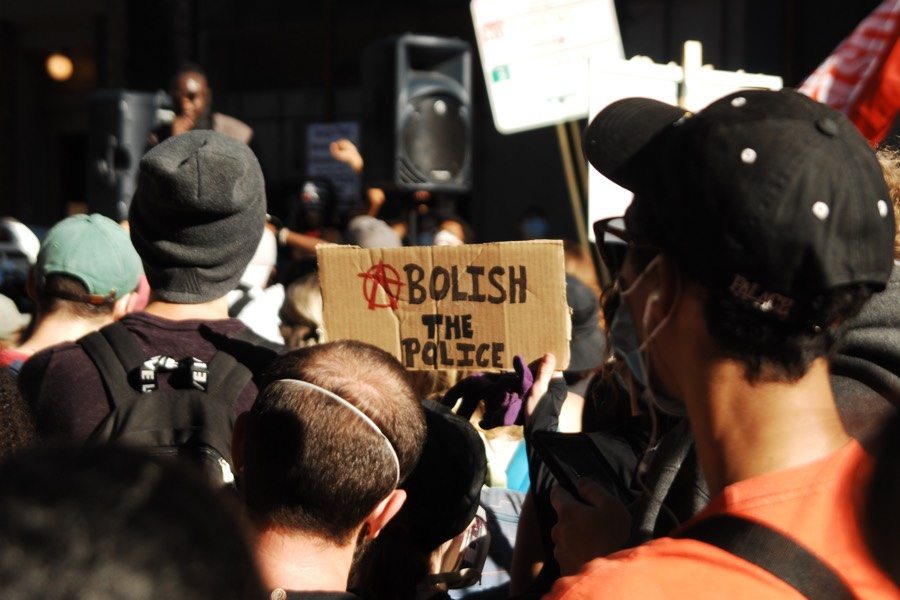 Thousands of Philadelphians rallied on June 13th in front of the under-construction police headquarters at 400 North Broad Street before marching through Center City to Mayor Kenney’s apartment on 3rd Street to demand that the city defund the police and reallocate funds to community programs. (Photo by Cory Clark/NurPhoto via Getty Images)

At this point, “defund the police” has become a household term as conversations about fighting against racial injustice have advanced. The details and meanings of this bold phrase vary across different segments of the population, but the message is very clear: Society has not been critical of the taxpayer resources allocated toward policing, and that must change.

It felt good last week when the city decided to divert millions from police funding to restore money to the Cultural Fund and the African American Museum. Philadelphia has joined many cities, including Minneapolis and Los Angeles, in fiscally curtailing police expansion.

Is this enough? It’s a great start, but as I’ve begun to reflect on how deeply cop culture permeates daily life, I think more should be done to speed up the process of change. The responsibility to reduce policing shouldn’t fall solely on politicians, but also on us, a society that has glorified, endorsed and favored the profession of policing over many other reputable careers.

Here are five ways we can socially abolish cop culture that go hand-in-hand with efforts to defund the police:

When you decide to call the police the moment you see a group of unarmed Black youth in your neighborhood, you’re automatically escalating a situation. Any time you think to involve the police when a nonviolent action takes place, you’re putting someone’s life at risk. Loud music or a verbal argument (or any other common matter that doesn’t directly endanger your life) doesn’t require the intervention of someone with a gun. Let go of the impulse to rely on a cop to address the situation and potentially kill someone over an insignificant call. George Floyd would still been alive today if someone hadn’t called the police when a cashier noticed that he made a purchase with a counterfeit $20 bill. Think twice before you call. You should ask yourself the honest question: Does this actually need to be reported?

Every year, I participate in career days at public schools and job fairs within the community, and it’s been hard to ignore the presence of law enforcement attempting to recruit new hires. If we’re serious about reducing policing in our neighborhoods, we need to cut off these avenues for departments to increase enrollment. Research has shown us countless times that more cops on the street aren’t effective in addressing crime. So why should our schools, recreation centers and nonprofits work with them to put more police in our communities, especially given the impossible situation that officers of color often find themselves in? Until we’ve fixed and right-sized the country’s broken law-enforcement system, let’s give them the boot at these functions.

Stop giving perks and incentives to cops at your companies, nonprofits and organizations.

Trying to put an end to the glorification of policing means not giving cops freebies, discounts, hookups and other perks on the job. From college tuition and scholarships to cruises and dining, cops are made to feel extra-special by hundreds of your favorite companies and public institutions at a time when more accountability from police is needed. It was admirable for Di Bruno Bros. to listen to employees and stop offering police free lunch on the job, and there’s something to be said for Poe’s Sandwich Joint refusing to serve cops. It’s time to send a message loud and clear that this profession isn’t above reproach. Let’s put a cease-and-desist on the free coffee and 10 percent discounts right away.

If we are to collectively recognize that mass policing has been part of the problem and not the solution, we must work to act independently of the institution itself. Cops can’t be both the cause of and the cure for racist criminal injustice in our communities. With this in mind, it’s imperative that neighborhood groups decentralize the role of cops in our public spaces as much as possible. While such measures may take more time to fully adopt, one immediate step would be to exclude the excessive celebration of police officers alongside community organizers, social workers and protesters. No, they are not doing the same work, and lumping them together on social justice panels and at protests and awards galas is a distraction to implementing necessary change. Defunding the police will mean giving communities more autonomy in speaking up for themselves during these times. That means de-emphasizing the voice and reducing the presence of cops in such discourse.

Trying to reduce police power in our city also means holding our politicians more accountable in areas beyond policy. As I witness many sweeping proposals to defund the police hit the state and local level, I see that some elected officials have received endorsements and money from the Fraternal Order of the Police (FOP). This is the same union that currently endorses Trump, has a union president who grossly called Black protesters “a pack of rabid animals,” and continues to defend cops who made racist Facebook posts. Any elected official who chooses to move forward with a platform of fixing law enforcement while accepting the backing of the FOP can’t be taken seriously in holding police accountable. Now more than ever, voters serious about change must make it explicit that a police union endorsement is toxic. Politicians shouldn’t be allowed to take support from the FOP while posturing as progressive. Simple piece of advice: Just say no.