Residents have filed complaints against Porcini in Rittenhouse Square and Oregon Steaks in South Philly, among other restaurants. 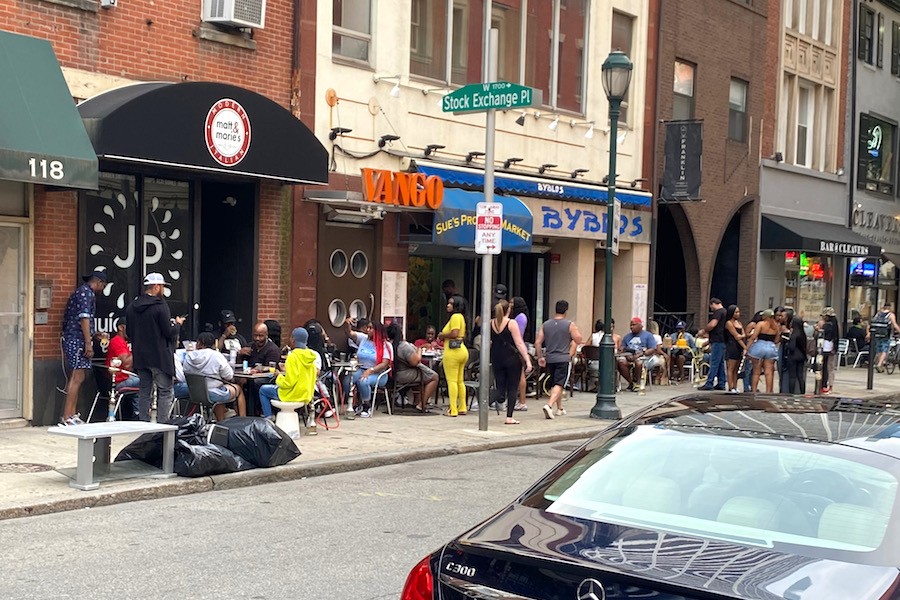 The scene on 18th Street over the weekend outside some restaurants that opened for outdoor dining. (Photo via City of Philadelphia)

At a press conference on Tuesday, Philadelphia Health Commissioner Thomas Farley said that the city is prepared to penalize restaurants where social distancing and other outdoor dining requirements aren’t being followed. Those penalties can include fines of up to $2,000 per day and, if it comes down to it, an order to cease operations, Farley said.

His comments come after Philly allowed some restaurants to offer outdoor dining beginning last Friday as part of the Yellow Phase under the state’s coronavirus plan.

Unsurprisingly, not everybody is following the rules. Farley encouraged residents to call 311 to report any out-of-compliance restaurants. He said that inspectors would be dispatched on the basis of any complaints.

Some restaurants have already been reported by residents. Those restaurants include Oregon Steaks in South Philly, Porcini in Rittenhouse Square, multiple restaurants on 18th Street (as seen in the above photo), among others. 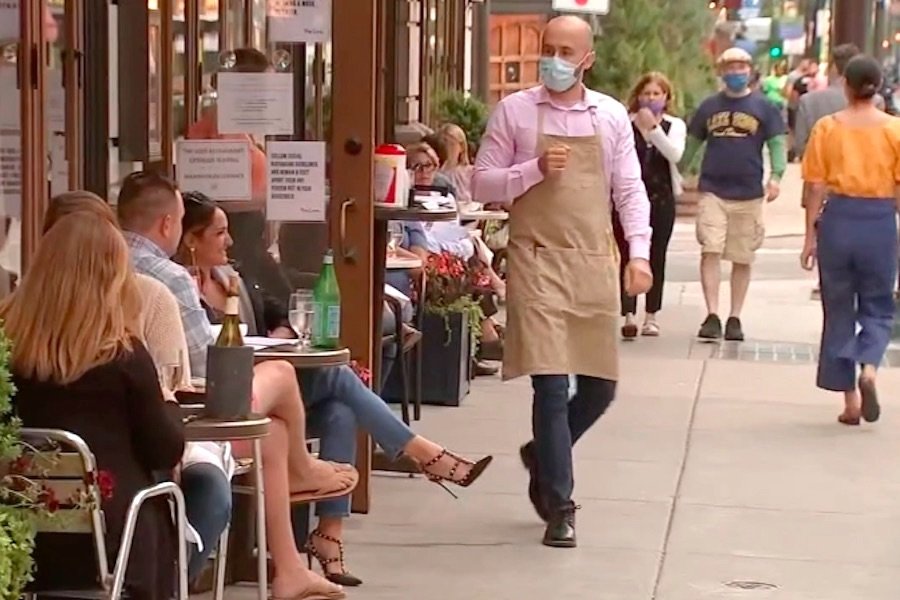 And while some restaurants that didn’t previously have outdoor dining permits await new permits the city is issuing on a rush basis given the situation, others have taken matters into their own hands.

Nicole Marquis, known best for HipCityVeg, decided she wasn’t going to wait for the city to issue her an outdoor dining permit at Bar Bombón, her Puerto Rico inspired vegan spot in Rittenhouse Square. No, she’s seating customers in the middle of Moravian Street, an alley known more for dumpsters than empanadas: 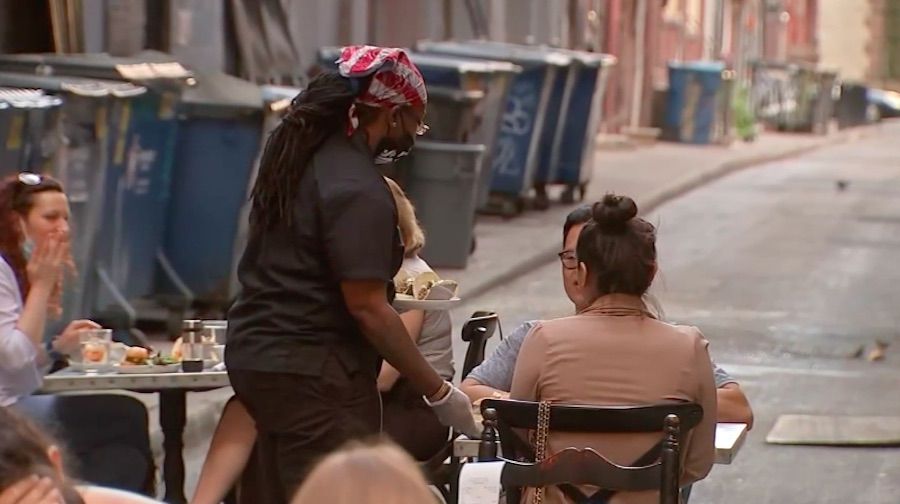 Chris In a Box

Yesterday, I told you that the city had announced a plan to erect a box around the controversial Christopher Columbus statue in South Philadelphia’s Marconi Plaza. Well, that sure didn’t take long!

The city has said that the purpose of the box is to protect the statue from vandalism. After all, how many times did protesters vandalize the Frank Rizzo statue and mural? And look at what they did to the man “who sailed the ocean blue” down in Virginia and up in Boston.

At a press availability on Tuesday, Philadelphia Mayor Jim Kenney was asked whether part of the motivation for the box was also to ease some of the tension surrounding the statue.

“That was not the main intent, but if it has that result, that will be fine too,” the mayor said.

So what’s next for the Christopher Columbus statue? The matter is now in the hands of the Art Commission, the city’s design review board, whose mandate is to ensure “that development in Philadelphia is beautiful, orderly, and appropriate so that the City is a desirable place to live, visit, and do business,” per to the commission’s site.

According to Kenney, the commission could take up the issue of the Columbus statue as early as July 1st, the date of its next full meeting.

When Will Atlantic City Casinos Reopen?

Atlantic City casinos have been closed since mid-March thanks to the coronavirus. But in May, the casinos were taking hotel reservations for June 1st. Then that date got pushed back. And pushed back again. Currently, some casinos are accepting reservations for next week. Others, July 1st and beyond. At the Borgata, you can’t reserve a room until July 12th or later.

It’s all well and good that you can book a room at an Atlantic City casino, but when will the government actually, you know, allow them to reopen? One casino insider told me last week that they were hoping for a decision from Governor Phil Murphy this week. That hasn’t come just yet.

But Murphy is now under more pressure from others in New Jersey government. The president of the New Jersey senate has called on Murphy to open the Atlantic City casinos. And the mayor of Atlantic City says he wants his casinos open by July 4th weekend.

While you may not be able to gamble in Atlantic City just yet, you can now legally enjoy drinks on the boardwalk and in some other outdoor areas in the city thanks to a new executive order issued by the mayor.