One of Us: Nicole Marquis

The HipCityVeg founder tells us about her secret life as a sharpshooter and why she’s really scared of being alone at her parents’ house in the suburbs. 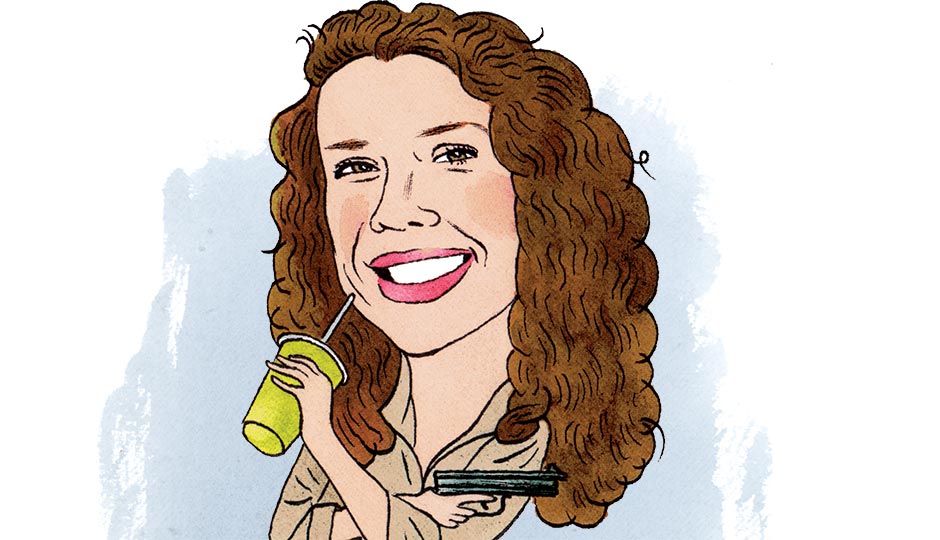 My name is … Nicole Yvonne Marquis. My name is super French, but my mother — her name is Yvonne — is Puerto Rican. My dad is half French, half Italian. I grew up in … Elkins Park. I’m a Philly girl through and through.

I opened my first HipCity in … 2012, on 18th Street. Now we have four. In five years. Plus two full-service restaurants. In 10 years, we’ll be all over the country. First we’re expanding in D.C., then to New York, then everywhere.

I became a vegan … nine years ago. The last animal products I ate were tiramisu and cheese at this little Italian restaurant in Ambler.

To people who wanna know if I’m single, I say … that I have a wonderful boyfriend of eight months. He was a big professor at Wharton, and now he’s a dean at NYU.

One non-vegan restaurant I love is … Parc. I live right next door. But to tell you the truth, I don’t get out that much. I’m picking at my restaurants all day long.

My most unusual job was … teaching salsa dancing in a restaurant. Dancing is a daily routine in my house, as it is in most Latino households. And I was a ballet dancer from age nine.

I go to bed … around midnight. It used to be much, much later. It’s just so hard to put the work down. And then I’m up again at six.

My first pet was … a golden retriever named Cano, which means “blond” in Spanish. My mother said I screamed every day when I saw him. Now I have a little miniature pinscher named Bodhi.

The most famous person we’ve served at HipCityVeg was … Liam Hemsworth. We caught him with a Green Smoothie. Well, we think it was from HipCity. We’ve also had Cory Booker and Elizabeth Warren in the shop.

My secret talent is that I can … shoot targets really well. Never living things. I like the .45, and I go to a range in Northeast Philly. Ironically, I’m a pacifist, but it really helps clear my mind. My uncle was an expert target shooter. He could shoot five bullets into one bullet-sized hole.

One thing I’m deathly afraid of is … being at my parents’ house in the suburbs at night by myself. It reminds me of that scene with Drew Barrymore in Scream. Same house.

My worst subject in high school was … English. I always questioned myself as a writer. Even to this day, it takes me forever to write. My best subjects were math and science. Numbers make a lot of sense to me.

Published as “One of Us: Nicole Marquis” in the May 2017 issue of Philadelphia magazine.