After Coronavirus, Will We Ever Go Back to Wearing “Work Clothes”?

My pandemic uniform has been a pair of sweatpants and a ratty old t-shirt. I'll be damned if I'm ever going back. 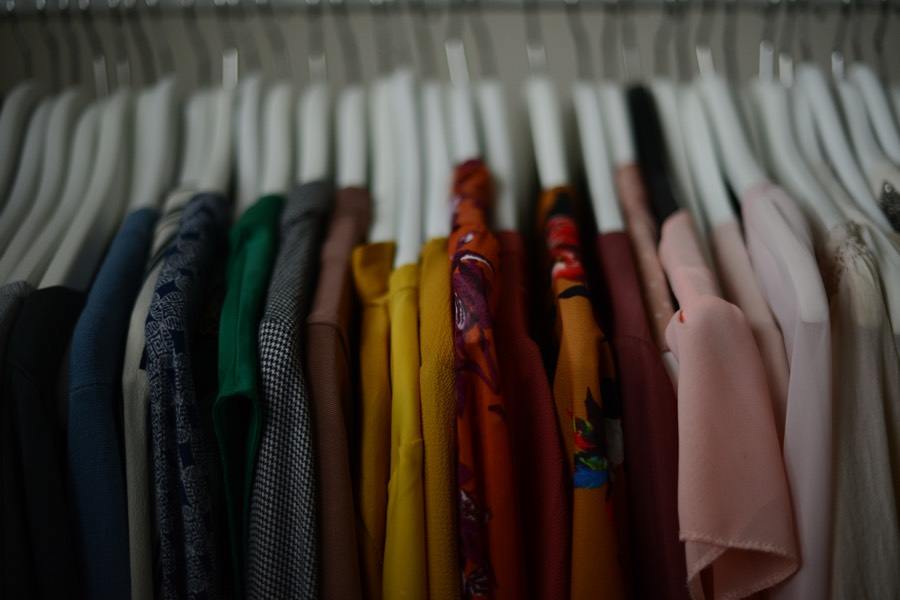 What are we going to do with our work clothes now that we’ve gotten used to working in our pajamas? Photo: Kristina Strasunske, Getty Images

I’ve always had a thing for uniforms. I liked the way they staked out identities even way back in middle school: I’m on the field hockey team; I’m in the marching band; I’m a Boy Scout; I’m in choir. The choices only widen as you get older: I’m a ticket-taker. A nurse. The doorman. In the Navy. The stewardess, the pilot. A policeman. The UPS driver. My uniform admiration is a little weird, because I came of age in the ’60s and ’70s, when young people were busy revolting against the conformity such outfits indicated. Back then, we embroidered flowers on our off-the-rack jeans, let our hair grow long and wild, sewed fringe onto our denim jackets — anything to distinguish ourselves, make us stand out from the pack. We despised our parents’ cul-de-sac houses and cookie-cutter clothes and comfy station wagons. We wanted nothing but to customize ourselves.

That generational transformation from contented members of the herd to my-way loners has had reverberations over the past half century — some for good, some for eh. It’s marvelous that kids today feel free to express and advocate for their differences in gender, in appearance, in interests. It’s not so marvelous that pockets of our culture still feel free to express anti-immigrant sentiment or racial bigotry. There can also be odd instances of crossover in this identity business: Is a person who covers his body with tattoos a rugged individualist or a proud member of the tattoo tribe?

Back at the start of my career, when I was young and single, I took great care with my workday outfits, paid for good haircuts, put full makeup and jewelry on each morning. But as the years have passed, I’ve pretty much pared it down to a dress, a cardigan, a messy bun, mascara and a pair of flats. That became my uniform, whether I was working in the office or out on interviews or touring a museum or a food forest for a story. I didn’t wake up and think, “What will I wear today?” any more than the UPS guy does.

Now, for the past eight weeks, I’ve been putting on a uniform of a different sort — sweatpants, t-shirt, sweatshirt, a pair or two of socks. Should I bother with earrings? Or mascara? Does it matter if the sweatpants have holes in the knees? I’m not going anywhere again, except maybe for a walk, and the big wardrobe question for that is whether to wear a mask.

Of course, what I wear shouldn’t matter when it comes to what I write. Back before the Big Clampdown, if I had a story due, I’d frequently tell my editor I’d work on it from home. I’d be wearing these exact same sweatpants, this same ratty t-shirt. But the world, and my thoughts about it, seemed bigger somehow.

Meantime, my husband puts on his uniform — scrubs — every morning and heads out to his job at a Philly hospital. We don’t talk a lot about what he does there. The truth is, I don’t want to know. For a while, we thought he might get laid off, since he mostly helped rehab post-op patients, and there’s not a lot of surgery going on right now. But they’ve kept him on, and he helps rehab COVID patients. Wawa gives him and his co-workers free coffee. McDonald’s gives them free sandwiches. People send in pizza all the time; the place is swimming in it. His once-humble uniform is a badge of honor now.

I read recently in the New York Times that Anna Wintour is having a hard time of it at Condé Nast these days. “The theatrical excesses and lavish lifestyles of the great media figures of the past seem ill-suited to the present,” the Times explained. Kim and Kanye seem flummoxed by the quarantine, too, as he’s focused on “creating” and she feels stuck with the kids. Social distancing at home with their three offspring proved too real for reality TV star Kristin Cavallari and former Bears QB Jay Cutler; after 10 years of marriage, they’ve split. Kristin’s hoping she doesn’t have to “downsize” her accommodations, People magazine reports.

It’s hard to ratchet up much sympathy for the rich and famous in the midst of this crisis. Our heroes now don’t don designer duds and pose on Instagram; they’re more apt to be dressed in scrubs or FedEx uniforms, or like that Good Morning America reporter who got caught on TV without pants. GQ magazine, which made its bones dictating dapper to American men, recently posed the question: Will we ever be willing to work in anything other than sweatpants again? You do have to wonder. J.Crew, proud resistor to athleisure, is in bankruptcy. So is jeans-monger True Religion. Meantime, despite its physical stores being closed like everybody else’s, Lululemon saw its stock stretch by 18 percent in April, well ahead of its more tailored peers.

Granted, a global pandemic seems like an unnecessarily harsh corrective to an overindulgent, glitz-addicted, self-care-addled society. (What, now you want us to take care of other people?) Then again, consider that the fall of the mighty Roman Empire may have been caused by a virus. And there’s the massive societal havoc that was wreaked by the Black Death. Even as our body counts rise, plenty of us are on Facebook or Twitter obsessing about our cookie counts and the dreaded COVID 15 (extra pounds, that is).

Crises can have unforeseen consequences. Sometimes, they even adjust fashion’s dial. During the Crusades, the Fourth Lateran Council decreed that Jews and Muslims wear “special dress” to denote their faiths. (At my husband’s hospital, different colors of scrubs denote different roles.) In the Middle Ages, survivors of bubonic plague inherited the belongings of their less fortunate kin, jump-starting a luxury economy that in turn resulted in sumptuary laws intended to limit ostentatious display. World War I ushered women into trousers (and, alas, also started them shaving their legs). It’s impossible to say where the coronavirus and self-isolation will end up taking our tastes in clothing. But you can be sure of this much: Somebody will turn a profit off it. And somebody will start to rebel.