If the stop-and-go is allowed to sell 40s on the corner with "no social distancing of any sort," why can't a barber on the same block cut hair, reasons State Senator Anthony Williams. 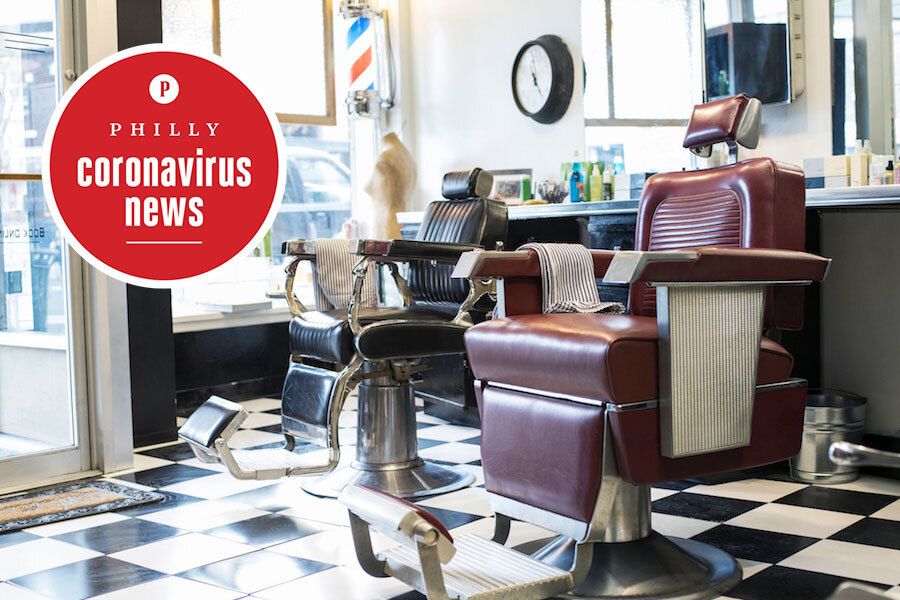 There’s a push to reopen barber shops, hair salons and nail spas in Philadelphia and across Pennsylvania amid the coronavirus crisis. (Getty Images)

You’ve probably heard about the woman in Dallas, Texas who was jailed — yes, jailed! — for defiantly reopening her hair salon against state orders. And Philly Mag is aware of some barber shops, hair salons and nail spas in the Philadelphia that have been operating ever so quietly like speakeasies, since the governor decided that trims, shaves, blowouts, and manicures were non-essential while we fight the coronavirus. But there’s now a push to legally reopen barber shops and hair salons across Pennsylvania.

The Pennsylvania House of Representatives is considering a new bill that would do just that. If it passes into law, licensed barber shops and “cosmetology salons” (think hair salons and nail spas) will be allowed to reopen by appointment only. And all employees will have to wear masks.

State Senator Anthony Williams, who supports the idea, appeared on Fox 29 on Thursday morning to explain.

“These barbers are a lifeline in a lot of neighborhoods,” Williams said, adding that many shops employ people who’ve previously been incarcerated and for whom finding employment can be difficult. “They have to figure out how to create revenue. How to provide pampers. How to provide groceries.”

The Fox 29 anchors questioned Williams about the plan, since it’s impossible for a barber and client to remain six feet apart.

“The reality is that you have stop-and-go’s selling alcohol on the same block, and there is no social distancing of any sort there,” Williams said. “We want to work to understand the hypocrisy. If everything was closed, there would be a standard. But not everything is closed.”

Pennsylvania Health Secretary Rachel Levine doesn’t think that the time is right for the reopening of barber shops, hair salons and nail spas.

“These hair salons, barber shops, nail salons and massage parlors — it’s impossible to practice social distancing when you are having a hands-on treatment,” Levine said earlier this week. “You are with those people. If someone was asymptomatic and they were working on someone in the hair salon seeing eight [clients] a day, five or six days a week, they could expose a bunch. And those people could expose a bunch.”

Meanwhile, the governor of Delaware is allowing barber shops and hair salons to reopen on Friday. So if you just can’t go another day without a blowout, it looks like a quick trip down 95 is in your future.

Remember the big “Reopen Pennsylvania” rally that came to Harrisburg a couple of weeks ago, bringing with it lots of crazies with MAGA hats and hilariously misspelled signs? Well, a similar rally is scheduled for Friday outside of City Hall. Actually, there appear to be two rallies.

On the one hand, you’ve got Reopen Philly Phase 1. The folks behind that include Jody Della Barba (she worked as Frank Rizzo’s secretary for decades and is a certified Always Trumper) and her family, one of whom felt it necessary to refer to Pennsylvania’s health secretary, who is transgender, as “the long haired guy psychiatrist with mental health issues” on the Facebook event page for their rally.

And then there’s a separate “reopen” rally that appears to be connected to those alt-right poster children, The Proud Boys.

Reopen Philly Phase 1 participants are being encouraged to remain in their cars and follow health and safety guidelines. The folks associated with the other rally seem to think that’s stupid and plan on doing whatever the hell they want.

If we want to make the barbers, the Della Barbas and the (maybe) Proud Boys happy by reopening Pennsylvania, the state has made it pretty clear what has to happen first: Less coronavirus.

In a sign that we’re getting closer to that goal, aforementioned health secretary Levine revealed on Wednesday that we’ve now hit four days in a row where new coronavirus cases statewide number less than 1,000.

It might be a little hard to call that a winning streak, since we still have a lot of new cases. But this is the first such streak since early April, when the daily cases count crossed the 1,000 mark.

“Trends mean more than any specific day,” Levine said on Wednesday during a virtual press conference. “But it’s starting to form a trend, so I think that is very positive news.”