Commercial Burglaries and Other Crimes Rise in Philly During Coronavirus Crisis

Meanwhile, some crimes are down. Experts insist it's too soon to attribute any of this to the coronavirus. 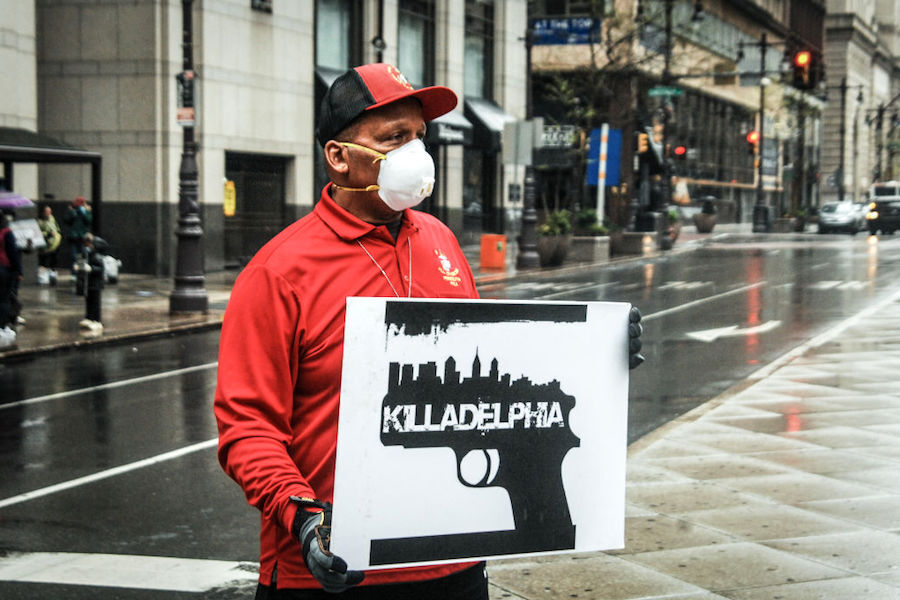 A man protests the increase in the city’s murder rate amid the Philly coronavirus crisis. (Photo by Cory Clark/NurPhoto)

Earlier this week, a small group of people (that’s one of them above) took to the streets outside City Hall to protest the increasing violence in Philadelphia during the coronavirus crisis — especially the rise in the murder rate. So we wanted to know: Has crime in Philly actually increased in recent months? As it turns out, yes and no.

The other two categories of violent crime that have seen an increase: robbery by gun, which is up about 10 percent over this time last year, and aggravated assault with a gun, which is up nearly 19 percent. Unlike murders, incidents in both of those categories increased in the past four weeks. But those increases were only three percent for robbery by gun and seven percent for aggravated assault with a gun.

And it’s not all bad news in the violent-crime category. Year-to-date rapes are down just over 12 percent compared to last year. And when comparing the past four weeks to the previous four, you see a drop of close to 51 percent.

As for retail theft (think: shoplifting), the year-to-date numbers aren’t great, with an increase of 40 percent. But there’s been a marked decline over the past four weeks. Overall, property crime offenses are up about 11 percent year-to-date, but they’ve dropped about 14 percent in the past month compared to the month before that.

As a whole, crime is up close to 10 percent year-to-date but down about 15 percent over the past four weeks.

So there’s some good news, and some bad.

University of Pennsylvania criminology and statistics expert Richard Berk says it’s too early to tell how much of all this is due to coronavirus and the circumstances surrounding it (the way we’re handling it, the way officials are handling it, etc.), and another expert we spoke with agreed. But Berk acknowledges that the virus and the responses to it “will surely affect the amount and kinds of crimes.”