The network won’t have Al Horford et al. to kick around anymore. 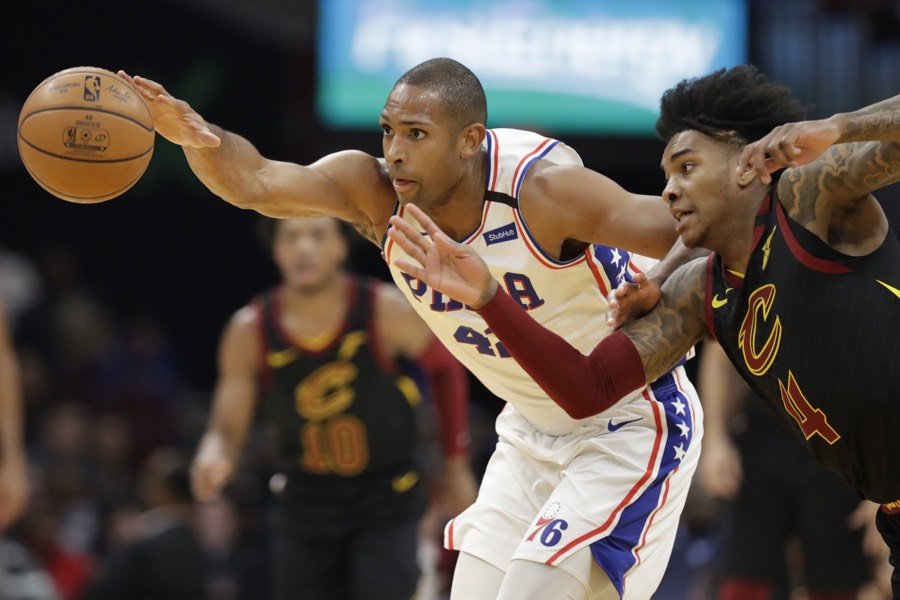 Al Horford of the ESPN-bumped Sixers and Kevin Porter Jr. of the Cleveland Cavaliers battle for a loose ball on February 26th in Cleveland. / (AP Photo/Tony Dejak)

Are you still watching the Sixers? We’re still watching the Sixers. True fans watch the Sixers even when the Process has been severely disrupted — when Joel “Do a 180” Embiid is out with a shoulder sprain and Ben Simmons is out (God knows for how long) with a pinched nerve in his back and Josh Richardson has a concussion and yes, that would be three Sixers starters down for the count, despite coach Brett Brown’s increasingly irritating optimism.

What’s truly annoying about the remnants of the team in this season of upheaval is that they come out so strong in the first quarter before slowly, painfully dissolving into a puddle of reality. (Hey, Shake Milton can only do so much, yo.) Which is why we joyously greeted the news that ESPN yanked the Suffering Sixers from its national broadcast spot next Wednesday, March 11th, choosing to go with a Mavericks-Nuggets game instead. At least all of America won’t bear witness to our humiliation, as it did Sunday’s loss to the Lakers. Thank you, ESPN, for this comfort in our time of need.