What’s Your Excuse for Not Using Your Turn Signals? 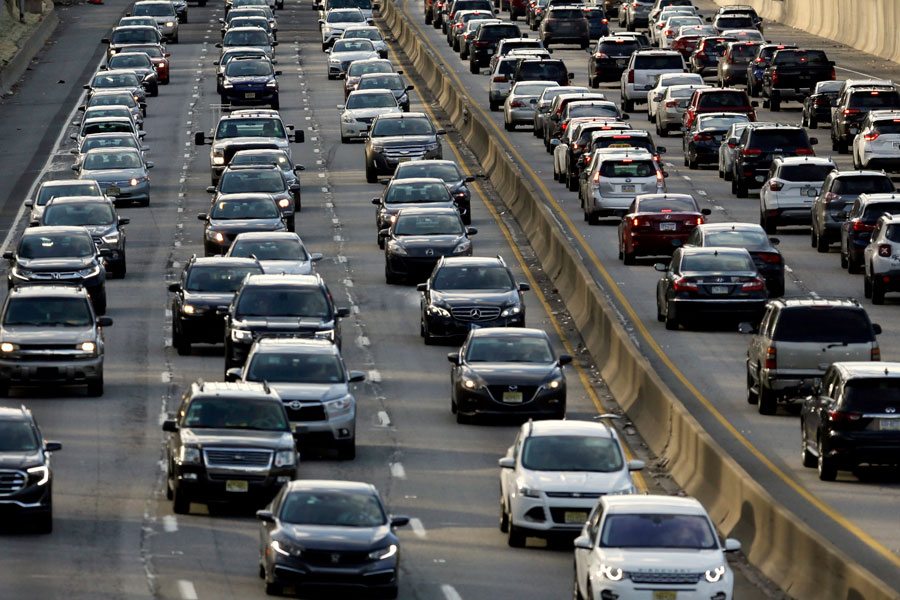 Use your damn turn signals! Photograph by Jacqueline Larma via Associated Press

I was born in the era when federal law first decreed that cars had to be equipped with turn signals (1956, Mr. Nosy Ned), so it’s somehow fitting that I’ve lived to see their demise. Though the feds and the state both require drivers to use these signals when changing lanes or making a turn, you can lead a horse to water, but you can’t make him click that little lever to indicate his intentions to others, even though it might save his life. Research on the lowly turn signal says that failure to use it is a leading cause of accidents. A report issued by the Society of Automotive Engineers back in 2012 showed that 48 percent of all drivers failed to signal a lane change and 25 percent neglected to use their signals when turning. In an earlier survey conducted in 2006, 71 percent of drivers ages 18 to 24 said they never used the damn things at all. There hasn’t been much additional research since then, because really, why bother? It’s not like we’re doing fewer things other than driving when we’re in our cars now than we were back then.

That 2006 survey, by Response Insurance, which presumably had a stake in the subject, asked thousands of respondents why they committed this widespread vehicular crime, and the results are illuminating. Forty-two percent of offenders said they don’t have enough time to signal their intentions. (Eternity is forever, nitwits.) Twenty-three percent admitted they were lazy. Seventeen percent said when they did use their signals, they forgot to turn them off. Oh, and here are my favorites: 12 percent said they changed lanes too frequently to bother (it’s true; I’ve been behind them on the Schuylkill Expressway many times, and they all drive BMWs), while seven percent said not signaling “adds excitement to driving.” You know what else adds excitement to driving? Sudden death. The Pennsylvania vehicle code dictates that you hit your turn signal at least 100 feet before making a move if you’re going 35 miles per hour or less, and at least 300 feet beforehand if you’re going faster than that. Ha-ha-ha! From what I see on 422 and the Expressway every day, this is a nation of brazen scofflaws.

Lately, automakers have been tarting up their turn signals, in hopes, I guess, of making them more seductive to drivers. They now come in red as well as amber; they adorn rearview mirrors; they blink like Vegas; they commingle with brake lights; and Tesla is supposedly working on one that would turn its own damn self on, though the tech is still hinky. Ford and Honda and Dodge are doing their damnedest to save us, but it doesn’t seem that all the added dazzle is inclining us to tap that flasher arm. So I thought perhaps a different paradigm might be of use — a whole new way of thinking about turn signals:

That’s right! The cars on the Expressway are a mad jumble of separate words, all jostling and jockeying for prominence and position. They’re a river of verbiage, a funhouse of phrases, a convoluted carpet of coinage. The only way to make sense of it all is to follow the indicators that tell you who’s going where next, whom to watch out for, who’s on first, and when you need to pause. Language is meaningless without punctuation, and traffic without turn signals is, too! Consider this quote from a recent interview with President Donald Trump on the subject of, by coincidence, Elon Musk:

Pretty confusing, huh? But as soon as you add in punctuation, it suddenly — no, damn, it still doesn’t make any sense, does it? I wonder if President Trump knows how to drive. If so, I bet he never uses his turn signals. I bet Barack Obama uses his. I bet Elizabeth Warren uses her turn signals when she’s just contemplating making a turn someday. But I digress.

The point remains that the turn signal is an instrument of communication. And as such, it’s fundamentally a means of combatting the intense loneliness of the modern human condition, a sorry situation described ever so eloquently in a recent article in the British newspaper the Guardian on how so many of us spend our weekends:

On Saturday morning, Peter got up and went to the supermarket. He carried his shopping home and took care of his laundry and ironing. In the afternoon, he browsed a few record stores and later he cooked himself dinner. … Afterwards, he hit Netflix. And in all those hours, in common with many of Peter’s Saturdays, not to mention his Sundays, he had no meaningful interaction with another human being.

Peter! Merciful heavens, you’re breaking my heart here! Go buy yourself a nice little Tesla and get out into traffic and merge! Utilize that signal, baby! Share your hopes to make it to the exit lane with everyone around you. When some kind stranger lets you over, you can thank him/her with a little wave. You’ll feel connected, tied into your fellow travelers, part of the great wide world that we all call home. And the rest of us won’t have to watch and wonder whether you’re about to try to add some excitement to your drive.

This would seem especially seductive to those young people who never, ever use their turn signals, and who also, by all reports, are the loneliest of us all. They “lack companionship.” They feel “isolated” — so much so that it’s affecting their mental health. We know you kids aren’t wild about face-to-face interaction, but how about communication via car? You already know the drill: Swipe left, swipe right. Your turn signals are the same thing, really! Think of the blink as a wink, the locomotory equivalent of an emoji. You could call it “auto eroticism.” I sort of think it could be a big deal.