Danielle Outlaw, our new top cop, started her job this week as the homicide rate continues to spike. Solving the city’s crime epidemic is more on us than on her. 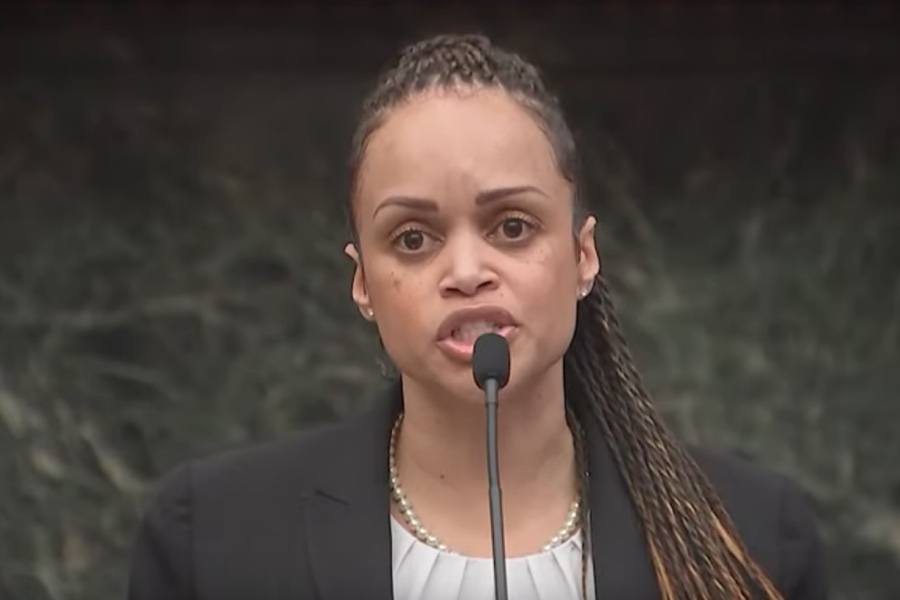 After leaving her post as police chief of Portland, Oregon, Outlaw now enters a bigger city at a tumultuous time. Her department is currently plagued with both racism and gender discrimination accusations, even as the bombshell sexual harassment allegations that triggered the resignation of former commissioner Richard Ross linger. The homicide rate has skyrocketed, gun violence is rampant, and public distrust of city policing continues to rise.

Outlaw, the first Black woman to ever become Philly’s top cop, has a lot on her plate. But should she?

When Outlaw’s hiring was announced at the end of last year, Philly began to do what we’ve always done when new blood enters our testy political veins: go apeshit. Instantly, press began to cross their fingers for “radical change” at the police department. Some observers interpreted her appointment as a “call for change.” And others fixated on what it means that Outlaw doesn’t wear her hair in a bob.

In other words, we’ve been projecting our hopes, dreams and fashion prayers onto one woman, willing her to do what we as a city have not: strategically combat the crime in our neighborhoods.

To put it bluntly, I don’t expect much to change with a new police commissioner — and that has nothing to do with Outlaw herself. The problem is with how our city, and many other major metropolitan American areas, views crime reduction and prioritizes oppressive law-and-order tactics. Stop-and-frisk, mass incarceration — these discriminatory approaches haven’t solved the problem. High poverty and segregation are a recipe for high crime, and Philadelphia’s got both.

What we’re expecting of Outlaw, we should actually be demanding of our politicians, community leaders, and other governing institutions. If we really think carefully about all of this, what we’re asking her to do could further escalate public distrust. What does reducing crime look like from a police-department standpoint if not more cops on the ground and more policies that can racially profile? How does the police department help if its actions are aggravating the symptoms?

For what it’s worth, now is the time for elected officials to more aggressively pursue anti-poverty legislation that involves housing, employment and public assistance. Community leaders need to actively work in their neighborhoods to hold representatives and institutions accountable and receptive. If we as a city collectively channeled our energy to such measures — more jobs, better living conditions, increased resource access — the excessive codependency on policing would lessen.

I’d rather Outlaw focus her efforts on addressing the internal issues in her own department so they don’t spill over into community relations. The city’s police culture sorely lacks true accountability and deep introspection from within. Outlaw’s fresh set of eyes might be effective in seeing what others have previously denied. Perhaps we should keep our fingers crossed on that.

Just as it will be most helpful for Outlaw to direct her energy to the problems in her own department, we, too, should look within ourselves, our own communities and City Hall. Until we seriously address poverty, we’ll never reduce crime. We will only barely tame it.