Citywide Survey Says We Love the Fire Department, Agree to Disagree on the Water

But, boy, do we hate the streets. 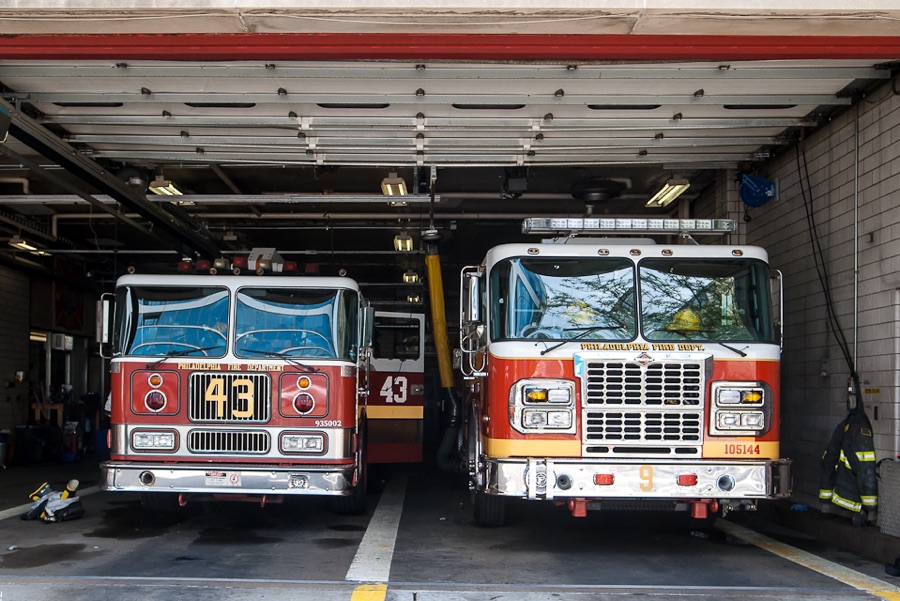 The Fire Department is the one city service Philadelphians all agree is good. Photo by Arend via Wikimedia Commons (CC BY 2.0 license)

When Mayor Jim Kenney first took office in 2016, it had been a decade since anyone in the Mayor’s Office performed a systematic survey asking Philadelphians what they thought of their government. Rather strange, considering that the job of a mayor is to serve the citizens.

Mayor Kenney apparently agreed, because in 2016 he brought back the Philadelphia residents survey, a formal statistical undertaking that attempts to capture what Philadelphians of all stripes honestly think about their government.

It was a pretty brave move. As trial lawyers like to say, it’s dangerous to ask a witness a question you don’t already know the answer to. And when the government got back its results, Kenney found out that his constituents weren’t exactly celebrating City Hall. Just 3 percent of citizens rated government services as “excellent.” Thirty-two percent said the government was “good,” while the largest contingent (47 percent) let out a collective meh, deeming city services just “fair.” Another 17 percent rated things as “poor.”

In Kenney’s defense: That first survey was administered in the second half of 2016, in the early days of his administration, so he had some plausible deniability. But on Monday, the administration released the second iteration of the survey, which more than 10,000 Philadelphians answered over the course of 2019. And now that Kenney has served a full term, all of that plausible deniability is gone!

So how did Philly grade the mayor’s government this time? Here’s what the survey reported: “Since 2016-2017, both overall Excellent or Good and Fair ratings have decreased slightly, and Poor ratings have increased.”

Before you jump to the conclusion that the public has soured on the Kenney administration, keep in mind that surveys like this one tend to capture a broad swath of opinions. Take the overall rating for city services: Twenty-eight percent of respondents said city services were “good,” while 22.5 percent rated them “poor.” And in the middle was almost everyone else: 45 percent of those said the city government was “fair.”

What can you do with that information, other than admire the near perfection of the bell curve? More helpful are the answers where you can detect some form of consensus, positive or negative. In the positive column, we have the Fire Department, which received “excellent” or “good” ratings from 76 percent of respondents. As you would expect. (Seriously, what kind of person trashes the Fire Department?)

But that’s about it for overwhelmingly positive reviews. The only other city services to receive “excellent” or “good” reviews by a majority of residents were those for recycling and drinking water, both of which just barely scraped over the threshold at 53 and 51 percent, respectively. (Side note: We’re stunned that recycling got such high marks. Do people seriously not remember when the city had to incinerate half of its recycling earlier in 2019?)

The survey becomes most revealing when you view it through the lens of Mayor Kenney’s own second-term priorities. He’s already pledged to bring back citywide sweeping. You can detect echoes of the survey elsewhere, too. Only 48 percent of residents either “strongly agreed” or “agreed” that they felt safe in their own neighborhood. For black and Hispanic respondents, only 30 percent said they “agreed” with the question of neighborhood safety, as compared to 42 percent of white people. (The city did not provide a racial breakdown among those to reply with “strongly agree.”)

The survey revealed a similar racial disparity in other areas, with 23 percent of black residents rating police approachability as “poor,” compared with just 14 percent of white residents. (As a whole, 48 percent of people said the police were “excellent or good,” while 18 percent gave them a “poor” rating.) Meanwhile, Kenney has pledged to implement anti-bias training among the police force and build community policing models in an attempt to reduce crime.

Kenney has also sought to reduce poverty in the city, which you might see as dovetailing with the finding in the survey that only 46 percent of all Philadelphians report they feel they earn a living wage. Or think of Kenney’s pledge to build 40 miles of protected bike lanes in Philly, and then consider the survey result that nearly 45 percent of Philadelphians don’t feel safe biking in town.

There are some disconcerting results in this citywide survey, which is the best argument for why it should continue to exist. Mayor Kenney knows what Philadelphians want him to fix. Now comes the hard part: actually doing it.