Topping the list of goals for the next four years: reducing gun violence. And Kenney says he’s bringing back street sweeping — for real this time. 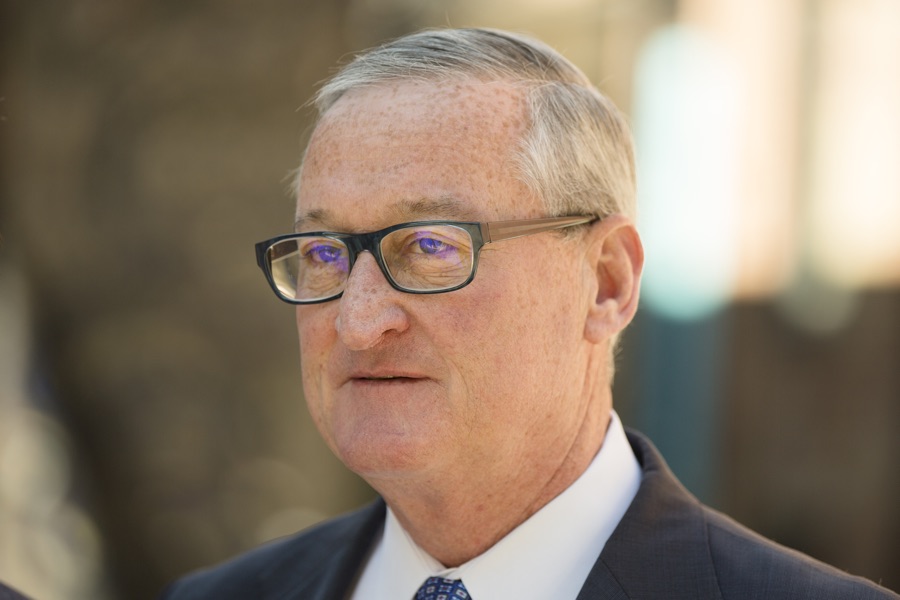 As last year wound to a close, we spent time looking back at the first-term accomplishments of Mayor Jim Kenney. Now it’s a new year, which naturally means it’s time to look forward. Kenney was re-inaugurated on Monday morning, and, as is customary, he spent much of his second inaugural address outlining goals — call them new term’s resolutions — for the next four years.

The Kenney administration has already issued a report of those second-term priorities and how the mayor plans to meet them. Here are some of Kenney’s more ambitious goals.

Kenney’s self-stated top priority is to reduce violence. The homicide rate can often vary from year to year, and it’s hard to draw conclusions based on what is still a relatively small sample size. But with that caveat firmly stated, the fact remains that the total number of homicide victims has grown each year Kenney has been in office, and the 356 people killed in 2019 was the highest in any year since 2007.

Kenney has pledged to reduce the total homicides 30 percent by the end of his term, and also cut shootings, of which there were 1,403 in 2018, by half.

How does he plan to do that? A recent Inquirer op-ed by administration officials provides a few hints. Kenney wants to beef up police intelligence and presence in neighborhoods where the brunt of the violence is taking place, while also (and this might seem paradoxical to some) improving the relationship between those communities and the police. To do that, he’s set his sights on improving the disciplinary process from within the police department and funding grassroots organizers who are trying to reduce violence.

It’s hardly a radical statement at this point to say poverty is linked with a number of distinct but related factors, among them education, job opportunities, and racism. Even if Kenney meets his poverty targets, the total number of Philadelphians living in poverty would still be 275,000. That would translate to a poverty rate of roughly 17 percent, similar to that of Chicago. Right now, the city’s at 24.5 percent.

Kenney has laid out a multipronged approach to fighting poverty, which includes investing $88 million in homeless and housing services, boosting funding for the Philadelphia School District, and expanding pre-K to reach 5,550 children.

To his credit, Kenney is leading from the top here. Starting in 2022, his administration will pay all city employees and contractors a minimum wage of $15. And on Monday, Kenney signed two executive orders — one establishing a new Mayor’s Office of Children and Families that will tackle some of these poverty issues, and another that will establish a racial equity plan to guide the city’s hiring and budgetary practices.

We’ve been whining for a while about the fact that Philly is one of the last major cities in the country without a citywide street sweeping program. During his first campaign, Kenney promised that he’d force people to move their cars in order to bring about city sweeping, just like people have to do virtually everywhere else in the country, including traffic-clogged New York City. People seem to get on just fine there.

But in Philly, car owners have balked at having to move their cars a couple times per month in exchange for a cleaner neighborhood. Kenney didn’t push the issue much during his first term. Instead, his Streets Department employed what you might call the “taking an Ibuprofen when you have a broken arm instead of going to the doctor” approach: City workers used leaf blowers to expel trash from beneath parked cars out into the street. That gave way to an entirely new Philly weather event: the urban trash tornado.

Anyway, the Streets Department is set to release a report on its trash blower pilot in February, but judging from Kenney’s words — “Yes, you heard that right, every neighborhood, which will even require folks to move their cars,” he said of his street sweeping plans during Monday’s speech — he’s going with the more conventional strategy. The goal is to cover every neighborhood by the end of 2023. We hope he keeps his word.

This goal we’re taking with more than a few grains of salt. Here’s why: Back during his 2015 mayoral campaign, Kenney pledged to build 30 miles of protected bike lanes. Philly currently has just over five miles. We’d like to see him hit the old goal first before upping the ante.

Here’s the thing: It’s a politician’s job to promise things — and not all of those things get accomplished. But it’s just as fair to hold those politicians accountable for when those goals are — or aren’t — met. It’s probably unreasonable to expect Kenney to accomplish everything on his list over the next four years. But at least he’s set clear benchmarks, which means by the time 2024 rolls around, we’ll know for sure how he fared.