Having just left Council chambers for the last time, the five-term pol answers all of our final questions — even the one about having dated a particular U.S. Congressman. 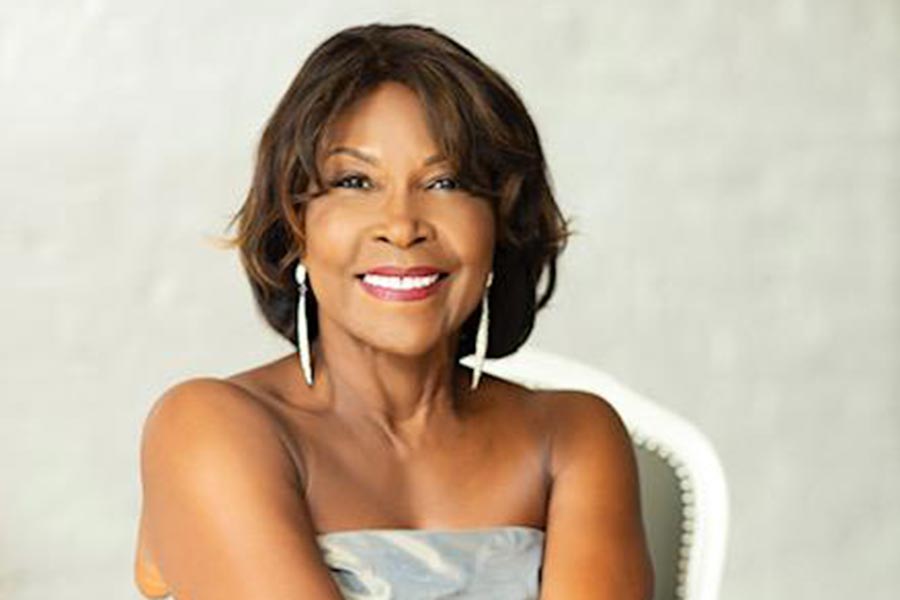 The start of the new year was the end of an era for Blondell Reynolds Brown, who has stepped down from her City Council at-large seat after a 20-year tenure. First elected to Council at the turn of the 21st century, Reynolds Brown helped usher in a new wave of Philly politics. Here, she reflects on the lessons she learned, her career highs and lows, and what she hopes her legacy will be.

What is the first thing you’re going to do the moment you leave your office at City Hall?
It has been said “Life is not measured by the number of breaths we take — life is measured by the experiences that take our breath away.” I have had many experiences in City Council that took my breath away, and for those I am grateful. After I catch my breath, I will unpack a gazillion boxes of memories from the last 20 years in City Council.

You put a specific focus on improving the outcomes of children in Philadelphia. What do you hope future Council people accomplish for our city’s youth?
Let’s consider a few facts about our city’s report card on the health and welfare of our children: Lead, which affects nine out of 10 of our Councilmanic districts, has been an ongoing issue. My office saw the urgency in 2011 and drafted legislation designed to protect our families and children from the poisoning effects of lead. In 2019, eight years later, we now have a universal lead test bill for all landlords in our city.

According to the Pew report, our four-year high school graduation rate in public schools was 69 percent for the class of 2018. The national rate is 84 percent. How can we live in a such a progressive city and not have our children meet the national average graduation rate?

6,560 students in the Philadelphia district and charter schools were homeless or living in shelters in the past school year. As of 2018, at any given time, there are about 6,000 children in foster care in Philadelphia.

Obesity is still a crippling issue facing us all, and it remains a crisis among African American children. A child’s well-being is affected when they do not feel good about who they are due to obesity.

The City Council class of 2020 can tackle any one of these pervasive issues impacting our children. Any one of these challenges will require strategic and tactical planning across multiple systems to make a small difference and shift the paradigm.

There are now going to be two Black women holding City Council at-large seats: Katherine Gilmore Richardson and Kendra Brooks. As the longest-serving Black woman to hold this title, what is one piece of advice you have for them?
There is no one piece of advice. Personally, preserve and protect your families, and choose always to be “in the present” for your children. Make no apologies for insisting that your husband and children come first. Be humble. Do not believe the hype. Decency when disagreeing and the words used do matter.

Be an outspoken critic and broken record on any and all issues impacting women and the inequities that persist for minority- and women-owned businesses. Build alliances; insist on collaborations with colleagues. Surround yourself with good selfless people with different skill sets who care about your success — I had a kitchen cabinet and an honorary kitchen cabinet for 20 years. Expect the critics, usually uninformed critics — this reality comes with the territory. Working in silos can lead to one being viewed with skepticism. Remember that the magic number is nine.

What is one law you regret voting for or introducing?
My staff and I have crafted and authored more than 100 pieces of legislation passed by City Council, and dozens have been signed into law over the last 20 years. Highlights include the Children’s Fund requiring the Eagles/Phillies to donate $1 million per team per year for 30 years, menu labeling, universal lead testing for rental properties, creation of the Women’s Commission, creation of the LGBTQ Commission, the Office of Environment/Sustainability, and women on boards.

What I wished I had created were stronger, tougher, stricter laws that advance equity contracting opportunities for minority business enterprises and woman-owned business enterprises in government or legislation that improves Philadelphia’s embarrassing statistic of 2.7 percent African American small businesses — this number is a disgrace in a majority-minority city. Penalizing companies that do not honor their contracts with MBE/WBEs remains an anomaly. There are still far too many loopholes in our government. I challenge the City Council class of 2020 to do better for MBE/WBEs.

You were hit with historically high fines from the Ethics Board and allegedly investigated by the FBI. Now that you are out of the public eye, what do you — the person, not the politician — have to say about those charges and the violation of the public trust?
My mom had many sage passages, one of which was: “Nothing good or bad lasts forever.” Implicit in her passage is the notion that adversity is not the permanent condition of who we are. Life challenges are not supposed to paralyze us — instead they should be teach us discernment and help us learn what resilience feels like.

The loss of the public’s trust was indeed temporary: “Even the desert blooms after the storm.” That season passed and the sun returned when I won my re-election in 2015, handsomely. I praise God still. My daughter witnessed what experiencing tough times looks like. She also witnessed what resilience feels like. In summary, I fulfilled all of the deadlines and faced the double standard for the unprecedented high fines imposed by the Ethics Board. It did not matter that my former treasurer was found guilty of stealing $100,000 from my campaign account.

You were known for your notable sense of fashion during your tenure. Why did you value bringing style and glamour in your role?
Wow! What a compliment. Thank you! Very early on in my career, I read the book Dress for Success. The rules in the book became a staple and a guiding light. This book helped me frame my mindset and approach to style and how to dress in a business/work/professional environment as I was learning to build my career.

I love a red lip. I learned while dancing with Philadanco (and in theater) that red lips exude confidence, and on black skin – awesome! Being a red-lip person is also a state of mind, aka confidence. Here is one thing I know for sure: Women have to walk on water to be viewed as equal. Black women have to walk on water and fly to be equal, so black women can never afford to half-step at any time.

Just because I now can ask you: There is an age-old rumor that you once dated Congressman Dwight Evans. Any truth to that?
Then, 40 years ago, “State Rep. Evans” only dated smart, driven women who were working hard to achieve their career goals and women who wanted to make a tangible contribution to their community. I was one of them.

What is the single most important thing you want Philadelphians to remember you for on City Council?
There is no one single action. I made a difference in a number of spaces. When you think of my work in City Council and some of our greatest accomplishments, please mention the new Mayor’s Commission for Women, the LGBTQ Commission, the Youth Commission, or the Office of the Environment and Sustainability.

While we could feel satisfied with the work we have done, I remain most proud of my very first legislative victory: the creation of The Children’s Fund during my freshman term. The coaching from Mayor John F. Street and George Burrell helped me craft a major provision of that Year 2000 Stadium legislation. The Children’s Fund is now 15 years old, is worth more than $60 million, and will be in effect another 15 years, long after I leave City Council.

Dining out will never be the same in our city. No one can go to most restaurants without seeing the nutritional information. Our landmark menu labeling legislation which took two years to find nine votes, drew attention nationally and recognition from the White House and First Lady Michelle Obama. I repeat: There is no one single thing. I worked diligently to make a difference in a number of legislative areas.