Why the veteran broadcast journalist says you shouldn’t assume everyone marching on New Year’s Day is drunk. 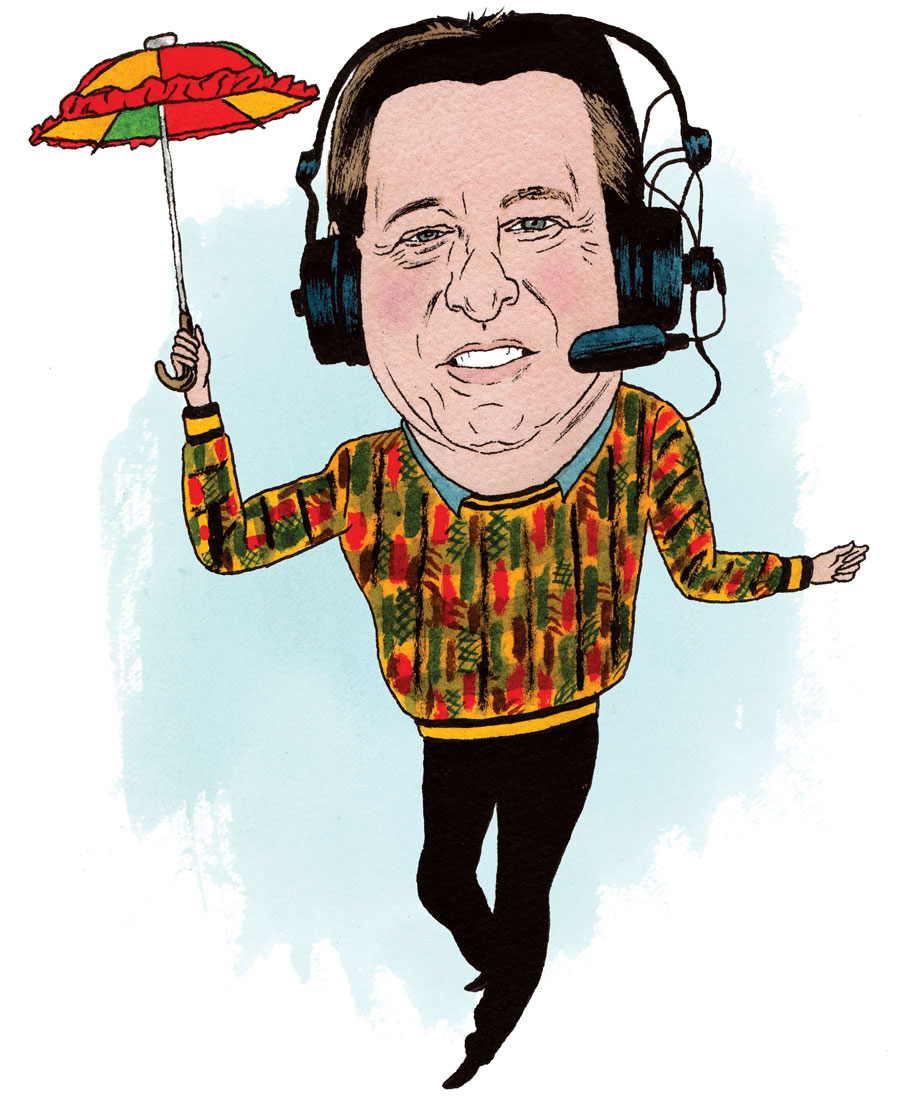 I was born in … Fort Gordon, a United States Army installation outside of Augusta, Georgia. I grew up in a military family. I got to see much of the world while my father was the one doing all the hard work.

My worst subject in high school … was the one I didn’t take. I didn’t have a bad subject. I graduated top of my class.

I came to Philly … in 1981 to work for CBS Radio, the old WCAU. I was the morning anchor and managing editor.

I made the move from radio to TV … in 1990, when I took a position at New Jersey Network public television. Then in 1994, I came to work for Inquirer News Tonight, a news operation created by the owners of the paper and broadcast on PHL 17. And I was the chief political news correspondent at NBC 10.

The biggest stories I ever covered were … the Reagan-Gorbachev summit and, locally, the 1985 MOVE confrontation. I covered it from the studio, from the ground, and from a helicopter, and I have very real visions of the inferno.

I was introduced to the Mummers … in 1982, when I walked from my home in Old City to Broad Street. I had seen a lot of parades. I played trumpet in a marching band. But this was no marching band. I thought, Well, this is different. Then in the early ’90s, one of the stations decided not to renew its broadcast license for the parade. WHYY stepped up and asked talent from around the region to help, and I volunteered. I’ve been hosting since 1992.

The TV news world today is … disappointing, because there has been a devolution of discourse and trust. Other than my annual Mummers gig, I left the TV world behind … because I had a great opportunity at Cabrini University, where I’m the VP of institutional advancement.

The biggest difference between the parade now and when I started is … there are fewer participants, and it’s shorter. It used to be close to 12 hours.

If I had one wish for the Mummers Parade… it would be that the Mummers would continue to find ways to be even more inclusive and reflective of all of Philadelphia. This parade has an impact that most parades don’t. You need to make sure you’re marching with open arms.

One thing a lot of people get wrong about the parade is … they think most people in the parade have been drinking. You can’t play the music proficiently if you’re not sober. Now, after they’re through, that may be a different story.

When Pierre Robert shows up in my booth each year … I feel there is hope for humanity. We’re different, but of the same spirit at some level.

The most I’ve heard of a club spending on a costume is … $10,000 for a captain. For some clubs, costumes for the entire band have gone into the six figures.

When I hear somebody criticize Mummers as racist, my thought is … that no racism should be tolerated. We need to have better dialogue. And I would also ask this question: Does any people want to be defined by the actions of a few?

Twenty years from now, the Mummers Parade … will still be alive and well but no doubt more relevant to its time.

Published as “One of Us: Steve Highsmith” in the January 2020 issue of Philadelphia magazine.