A Southwest Philly man is looking to move his youth riding club — which shares a name with the forthcoming Philly-set film but isn’t affiliated — into a new home at Bartram’s Garden. 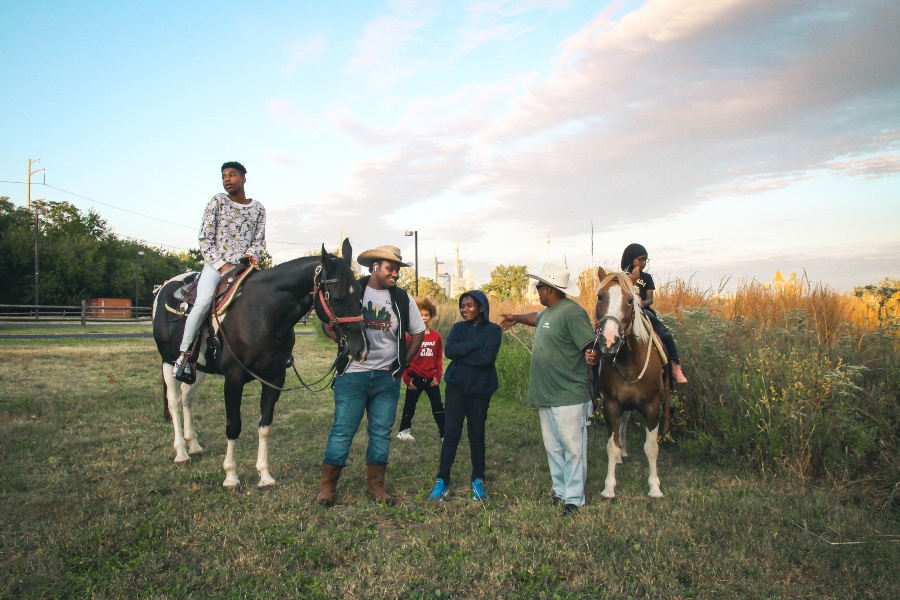 For some, talk of Philly’s “Concrete Cowboys” might conjure up visions of British actor Idris Elba on horseback, thanks to the star’s role in a forthcoming film.

But urban cowboys boast a long-established presence in Philly, predating the Strawberry Mansion-set movie (which, by the way, was inspired by author G. Neri’s 2009 YA novel Ghetto Cowboy). And now, one Southwest Philly man’s youth riding club is looking to help his two horses, Sonny and Shadow, settle into a permanent home in the neighborhood.

Malik Divers’s program, which is also called “Concrete Cowboys” but isn’t connected to the film, teaches children, teens and young adults from Southwest Philly to ride and care for horses. Divers just entered an agreement with Bartram’s Garden and representatives from the city’s Department of Parks and Recreation that will allow him set up stables on Bartram’s Garden’s historic Schuylkill riverside property. 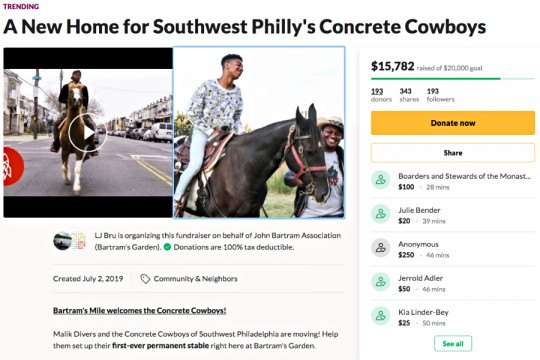 In the past, Divers has housed his horses just off Bartram’s Garden property, on unused city-owned land. The deal will supply him with 50 acres of farm and grazing area on the garden’s northern side, where he can tend to the horses and offer riding lessons to community members. Right now, though, the land is covered in weeds and other vegetation, according to WHYY.

Divers and Bartram’s Garden have launched a GoFundMe page to raise money to set up the new property. They’re looking to bring in $20,000 through the website — and as of Monday afternoon, they were more than three quarters of the way to meeting their goal, thanks to nearly 200 donors.

“Happily, a growing partnership with Bartram’s Garden allows for the Cowboys to build a new home in Southwest Philadelphia with access to 50 acres of meadow, garden, farm, and river trail for riding lessons,” the trending GoFundMe page reads. “From this new location the Concrete Cowboys can deepen their partnerships with Bartram’s Garden and other local organizations, bringing opportunities to ride for children across Southwest Philadelphia.”

The location switch will likely offer the club a little more visibility, which could help realize Divers’ vision of recruiting more volunteers and students, according to Hidden City Philadelphia. Of course, the release of Concrete Cowboys (expected to come out sometime next year) could also help recruit a long line of apprentices.