Philly Needs to Move the Airport Before It’s Underwater

One step toward preparing for climate change in Philadelphia. 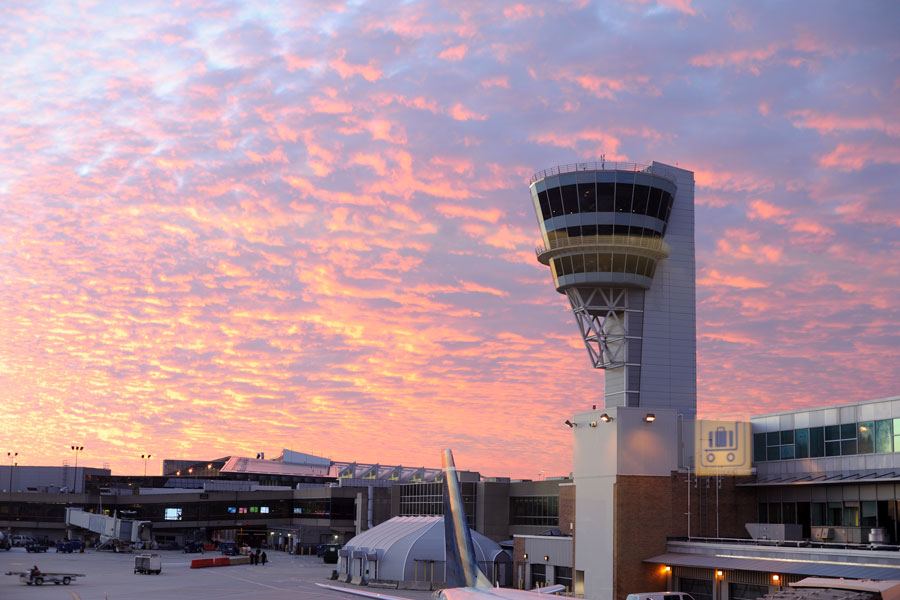 The Philadelphia airport underwater may a part of our not far-off future. Photograph by aimintang/Getty Images

That glittering river you see from your airplane seat that signals you’re almost home is going to be a big friggin’ problem. PHL is set just 260 yards from the Delaware River, and its terminals, runways and cargo carriers are highly vulnerable to tidal flooding that’s projected to become more regular by 2050 and dire by 2100. If sea levels rise by as much as four feet by the end of the century — current projections top out at more than six feet, depending on the extent to which greenhouse gas emissions can be curbed — a Category 1 hurricane would put a majority of the airport underwater. To imagine what could become of PHL, look no further than to New York’s LaGuardia, which shut down for three days in 2012 because of Superstorm Sandy’s inundation of the adjacent Flushing Bay.

Airport brass are aware of the threats, which were cited in a city report. They’ve built storm barriers, upgraded substations and more, but their efforts aren’t proactive enough. To look long-term — and that’s definitely the smart play here, with how vital an operational airport is — the city needs to consider the idea that a new location could be necessary.

We know what you’re thinking: Relocate an entire airport? There are a plethora of reasons why this endeavor would be dramatically ambitious, starting with the challenge of selecting a new location (somewhere flat, of course) that would appease all involved parties, including neighboring communities that would be disrupted. (And really, we get it: We, too, want PHL nuzzled up as close as possible to Center City, but our existing ease and convenience face a looming threat.)

Then there’s the eye-popping price tag. To give you a loose comparison, the last major re-siting of a U.S. airport was Denver International, which opened in 1995. It cost $4.9 billion ($8.2 billion in today’s dollars) and was $2 billion over budget. But a possible consolation: Our city isn’t alone in this critical predicament. A 2014 federal report warned that PHL is just one of 13 of the nation’s 47 largest airports that are vulnerable to flooding. Megan Ryerson, an associate professor of city and regional planning and electrical systems at the University of Pennsylvania, says that in order for cities like Philly to have the means to move their airports, the FAA will have to begin aiding them with funds reserved specifically for adapting to climate change — including, potentially, airport relocation.

Published as a part of the “What Can a City Do About Climate Change?” package in the November 2019 issue of Philadelphia magazine.