White had testified that he was acting in self-defense last summer when he stabbed developer Sean Schellenger during an altercation. Schellenger’s mother reacted to the verdict by saying Larry Krasner “has blood on his hands.” 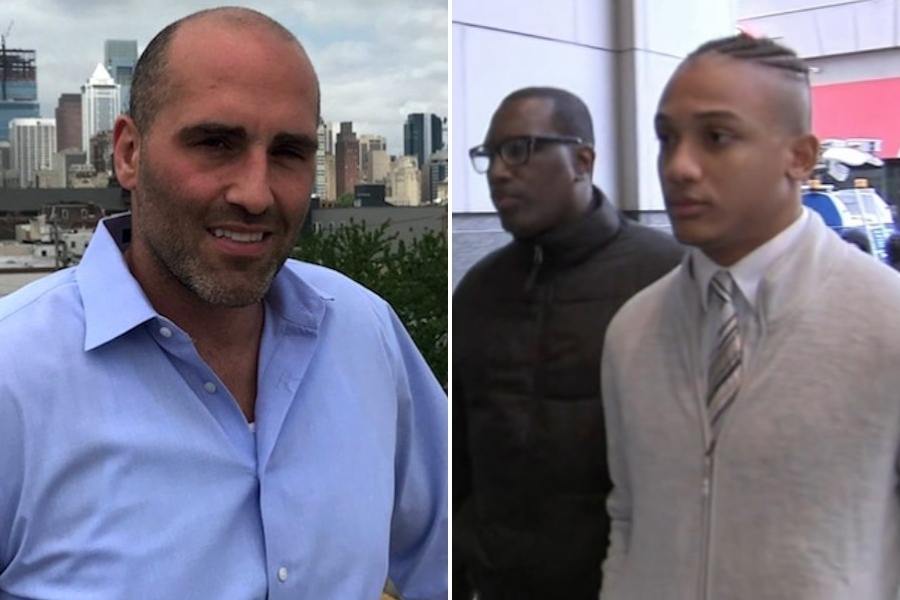 A Philadelphia jury has found Michael White not guilty of voluntary manslaughter in the July 2018 fatal stabbing of real estate developer Sean Schellenger.

White, a 22-year-old college student, testified in court this week that he had acted in self-defense when he stabbed Schellenger last summer during an on-street altercation in Rittenhouse Square. White, who is black, said he pulled a knife on Schellenger, who is white, after Schellenger said he was “going to beat the black off” White and then attempted to tackle White to the ground.

White was found guilty of one count of tampering with evidence. He was cleared of all other charges.

After deliberating for about eight hours, jurors announced their decision at 1:30 p.m. on Thursday to a tense courtroom that filled with the sound of sobs and outbursts, according to reporters.

Shortly after the verdict was read, the judge ordered Linda Schellenger, Sean’s mother, to be removed from the courtroom, according to NBC10. Linda had said, among other things, that Philadelphia District Attorney Larry Krasner had “blood on his hands.”

Krasner twice pursued lesser charges against White, who was previously charged with first- and then third-degree murder before being charged with involuntary manslaughter.

Sean Schellenger’s mom and brother after not guilty verdict.
“I’d like Larry Krasner arrested for obstruction of justice. He has blood on his hands and Michael White does as well.” Turning to White’s family. “Hope you’re very proud of Michael for he has done.” https://t.co/6NBoJURhmV pic.twitter.com/wYhz8RP8xZ

The altercation between White and Schellenger erupted during a traffic dispute near 17th and Chancellor streets on the night of July 12, 2018. White had been working as a bike courier when he encountered Schellenger and his friends, who were driving to another destination after leaving the bar at Rouge. White’s defense attorney said White told Schellenger that he didn’t “need to be a tough guy” when he saw Schellenger on the street arguing with another driver. White said Schellenger then racially insulted and charged toward him, wrapping his arms around him, and that he stabbed Schellenger in the back when he became afraid for his safety.

Schellenger died that night. White turned himself in the following day.

The prosecutorial team had argued that White had unnecessarily inserted himself into the traffic dispute and that the killing had been not justified.

Philadelphia chief public defender Keir Bradford-Gray said in her closing statements the case was “about a lot of things: race, class.”

“We can’t negate that,” she added.

White pleaded not guilty to all charges last week. If he had been found guilty of voluntary manslaughter, he would have faced a possible 20-year prison sentence.

He now awaits sentencing on December 6th. Tampering with evidence carries a maximum of a two-year prison sentence.