Prosecutors made the decision after interviewing eyewitnesses and reviewing video footage of the incident. 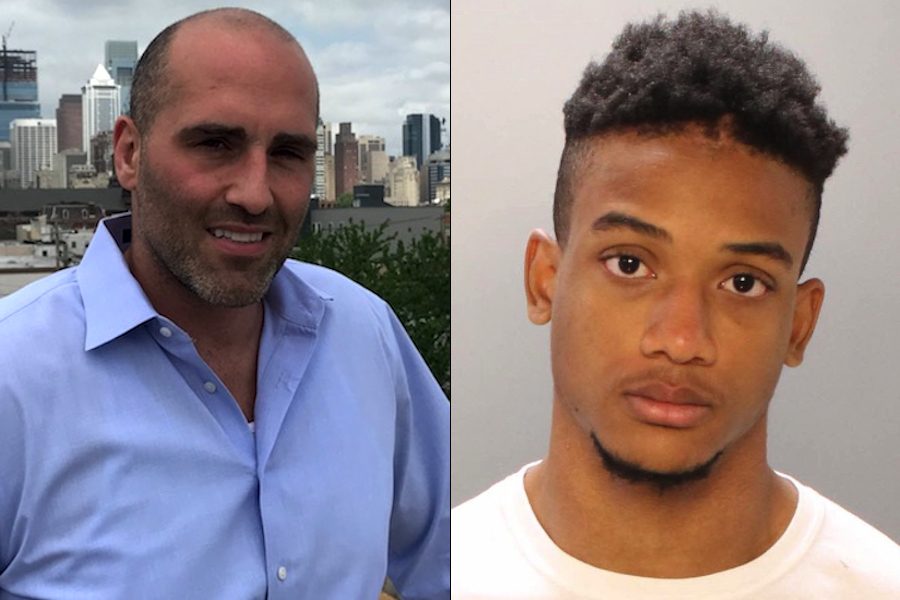 The Philadelphia District Attorney’s Office has decided to withdraw a first-degree murder charge against Michael White, a 21-year-old college student accused in the July 12th stabbing death of developer Sean Schellenger a block from Rittenhouse Square.

At a hearing on Wednesday morning, assistant district attorney Lou Tumolo told the court that prosecutors would instead pursue charges of third-degree murder, voluntary manslaughter, and possession of an instrument of crime.

White was on his bike delivering food on the evening of July 12th when he allegedly became involved in an on-street altercation between Schellenger and two acquaintances and a driver in front of them who was slow to move. How the situation escalated remains contentious, but it ended with White stabbing Schellenger once and fleeing. Schellenger was pronounced dead 20 minutes later at Jefferson Hospital; White turned himself in the next day.

White’s family claims Schellenger tackled him and the stabbing was self-defense. A spokesman for the family said Schellenger and his friends were intoxicated and acting aggressively.

Ben Waxman, communications director for the DA’s Office, told Philly Mag that the determination not to pursue a first-degree murder charge was made based on eyewitness interviews, video footage, and other factors. He also gave insight into the office’s thinking about White’s allegation of self-defense.

The hearing was continued, as both sides requested additional time for investigation, Waxman said.

“We still have witnesses we want to talk to, information we’re trying to track down,” Waxman said. “We still have leads that are coming in, and so the folks who are assigned to the case from our office are still in a process of trying to get additional information to decide how the case should be handled going forward.”

The Inquirer reported on Tuesday that the reduction in charges was imminent, according to a source who spoke with the paper. The revised charge carries a maximum sentence of 20 to 40 years.

A vigil was held on Tuesday for White. His family convened at the True Gospel Tabernacle Family Church and joined in prayer and song, calling for a downgrade in the charges against him, as well as an allowance for him to be held on house arrest “for the duration of the case.” White could be seen in 6ABC footage being placed back in handcuffs as he exited the church.

In an interview with 6ABC, Schellenger’s mother, Linda, expressed her grief.

“Two sons were lost. It’s a tragedy,” Schellenger said. “I mean, I am a mother who lost her son. I will never see him again. Another mother has lost her son unfortunately in this situation.”

She also said the speculation that has grown around the lack of precise details concerns her.

White’s next hearing is scheduled for October 30th.