You can now check your bike on a train that stops daily in New York, Philly, and Pittsburgh — and connects you to plenty of trails. 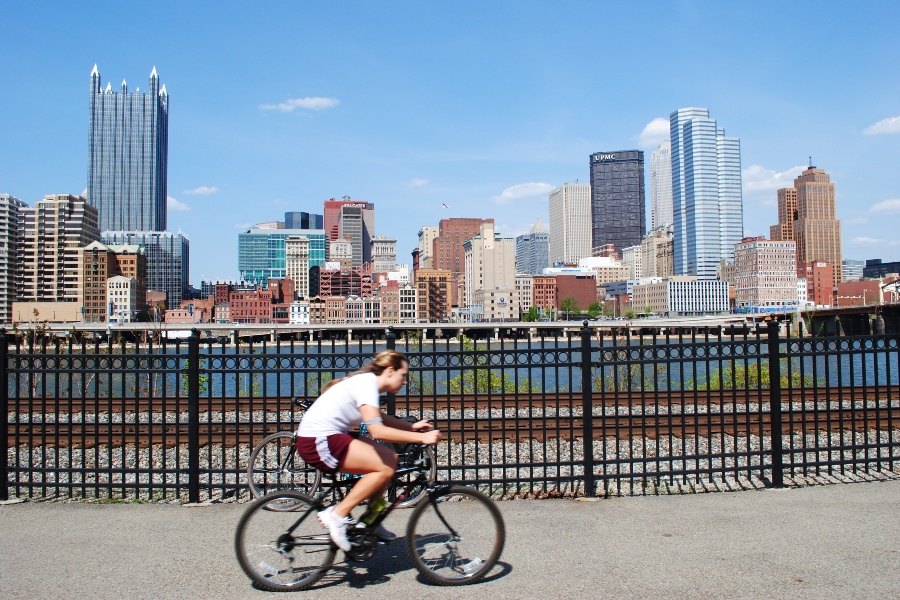 Long-distance bike trips in Pennsylvania are about to become a lot simpler.

Amtrak has just begun offering bike and checked baggage service on its Pennsylvanian train, which runs daily between New York and Pittsburgh, stopping in cities like Philly and Harrisburg.

For $20 (in addition to the price of your seat), you can check your bike on the Pennsylvanian at the following stations: New York, Newark, Philly, Lancaster, Harrisburg, Altoona, Johnstown and Pittsburgh.

Jennie Granger, PennDOT’s deputy secretary for multimodal transportation, said the expanded checked bike service will “allow travelers from across the country to explore Pennsylvania’s outstanding recreational opportunities with day trips to historic communities or longer bikepacking adventures to the many state and local parks, lakes and forests along the Pennsylvania’s BicyclePA Routes and state trails.”

How does it work? Customers checking bikes should arrive at stations 45 minutes before their train is scheduled to leave, according to Amtrak, in order to allow time to purchase tickets, obtain a baggage tags and transport their bikes to the baggage car. If your bike is outfitted with a saddlebag or handlebar bag, you’ll have to remove it and either check it separately or carry it on the train with you.

You can also reserve a place for your bike by selecting “add bike” on Amtrak’s website when booking your seat. You’ll probably want to book it as early as possible — limited space is available. (FYI: You can check two bags for free to your final destination on Amtrak trains where checked baggage is available.)

Those who are connecting to Amtrak’s Capitol Limited train service in Pittsburgh (which runs daily between Washington, D.C., Pittsburgh, Cleveland and Chicago) can also have their bags and bike transferred to their final destination.

The service change will connect bicyclists to plenty of cross-country and interstate bike trails, including the Adventure Cycling Association’s Chicago to New York City trail as well as the Atlantic Coast trail (from Maine to Florida). From Pittsburgh and via the Capitol Limited train, bicyclists can access the Northern Tier (Washington to Maine), North Lakes (Minnesota to Indiana, via the Chicago to New York City trail) and Bicycle Route 66 (Illinois to California) trails.

You can find an interactive map of all those routes right here. For smaller trails in the state, check with the Pennsylvania Department of Conservation and Natural Resources. For more information on Amtrak’s bike service, visit the organization’s website.