The Best Thing That Happened This Week: Ben Simmons Sinks a Three 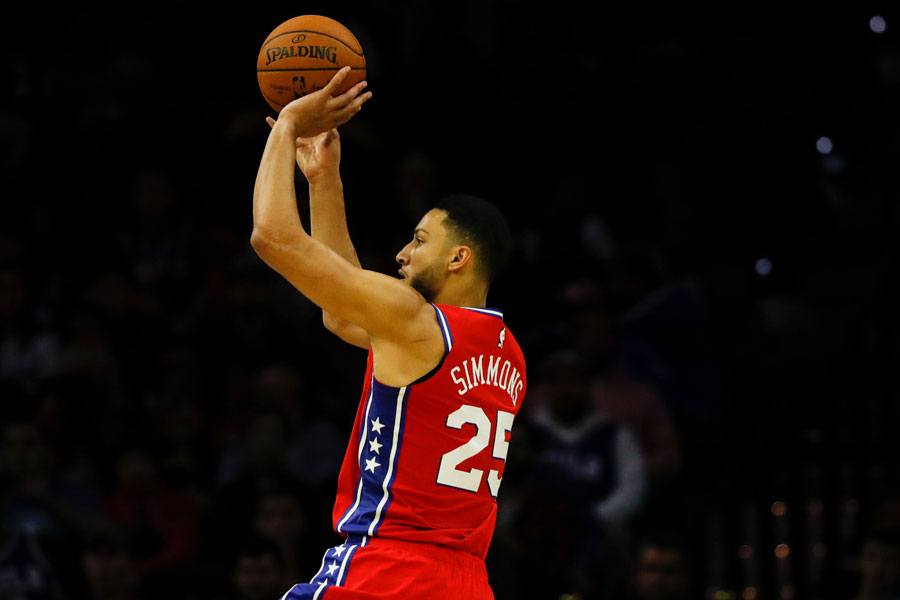 Just when we’d given up hope on ever seeing a Ben Simmons three pointer, Tuesday night’s game proved us wrong. Photograph by AP Photo/Matt Rourke

Ben Simmons isn’t like you and me. For starters, he’s not from around here. He dates supermodels. He makes movies. He makes Rookie of the Year. He makes the All-Star team. He’s making $170 million in the next five years.

But until Tuesday night’s preseason game against the Guangzhou Loong-Lions, Ben Simmons had never made a three-point shot in an NBA game.

And then. And then …

Word was that Simmons had been working hard on his long shots over the summer. “He’s a gym rat,” teammate Tobias Harris swore. There were videos. There was speculation (SO much speculation!).

And then it happened, with just seconds left in the first half of Tuesday’s game. Swish!

Joel Embiid ran to hug him. The bench erupted.

And Ben Simmons was oh-for no more.