The Best Thing That Happened This Week: Our Very Own Ghost Ship

Hurry and catch the apparition before it (shiver … ) disappears! 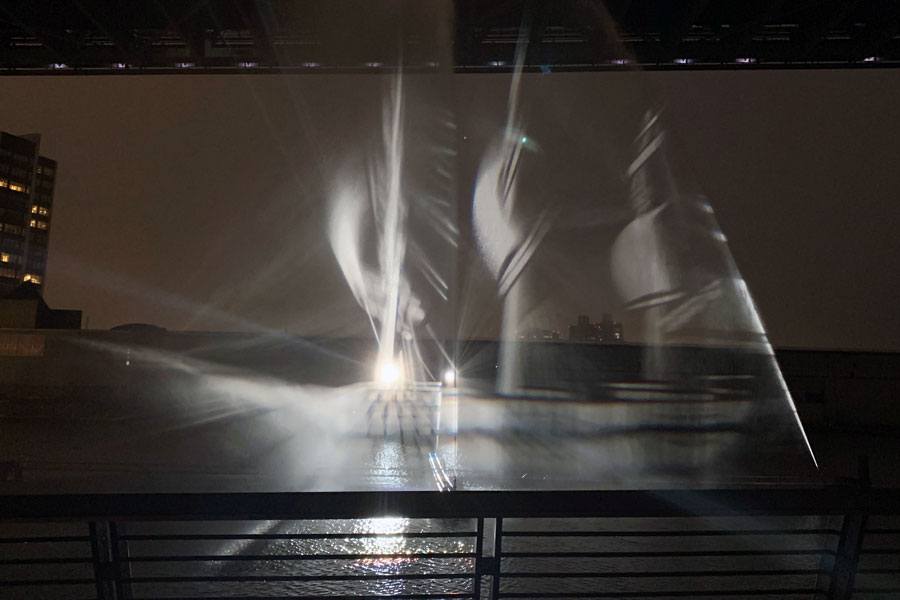 Goonies fans (and really, who’s not? “One-Eyed Willy!”) are already familiar with the concept of “ghost ships,” vessels found at sea with their crews either missing or dead. Ghost ships have a long and fascinating history, one that’s probably tied to our squeamishness at the thought of us or our loved ones vanishing without a trace, sans any proper burial or explanation. Ghost ships range from mythical apparitions — the Lady Lovibond, for instance, supposedly deliberately wrecked off the coast of Kent, in England, in 1748 by a first mate jealous of his captain’s marriage, and subsequently reappearing every 50 years — to the very real Governor Parr, a four-masted schooner en route from Nova Scotia to Argentina that was abandoned by her crew in 1923 after her masts were damaged in a storm. The ship defied the odds by continuing to sail for many years thereafter, presenting a hazard to maritime transport and drifting as far as the Canary Islands before vanishing forevermore.

One famed ghost ship has a local connection: the Twenty-One Friends, a three-master built in Mays Landing in 1848 and financed by 21 Philadelphia Quakers (hence the name). It was carrying a full load of lumber from Georgia to Philly when it was rammed by another ship off Cape Hatteras. Abandoned by captain and crew, the ship subsequently drifted from one side of the Atlantic to the other for the next two years before coming ashore in Ireland. (There’s a monument to the captain and ship in the Scullville Bible Church cemetery in Egg Harbor Township.) Its cargo was removed intact, and the ship was refitted as a fishing vessel, enjoying many more years of service before being retired in 1914. They don’t build them like that anymore. 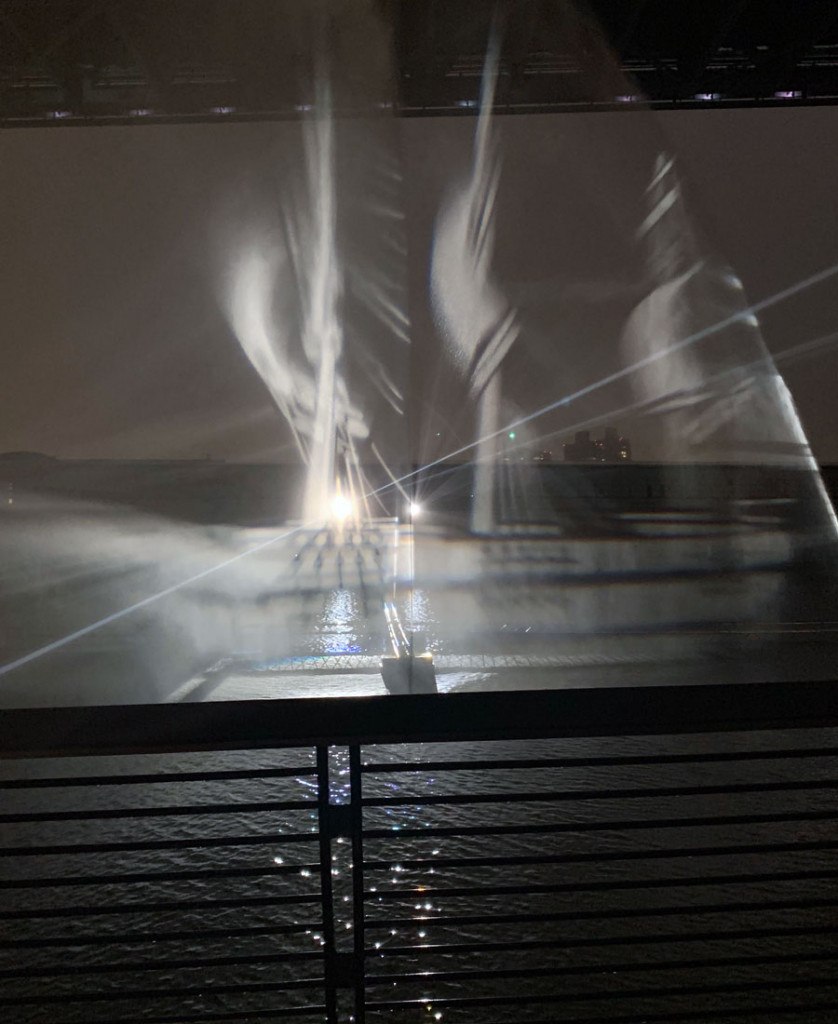 The Ghost Ship installation will be viewable through November 3rd. Photograph by Caroline Cunningham

But they do still build them, and this week, we got our very own Ghost Ship, a new art installation beneath the Ben Franklin Bridge and visible from Race Street Pier. The free public art installation, created by Biangle Studio in Estonia (motto: “Tear a hole in the fabric of reality”) courtesy of the Delaware River Waterfront Corporation, projects the holographic image of a typical 18th-century schooner onto jets of water spray. It’s super-spooky and very, very cool, and you can catch it through November 4th. That’s right: It’s here for Halloween!