They claim to be more than $3.8 million in debt. 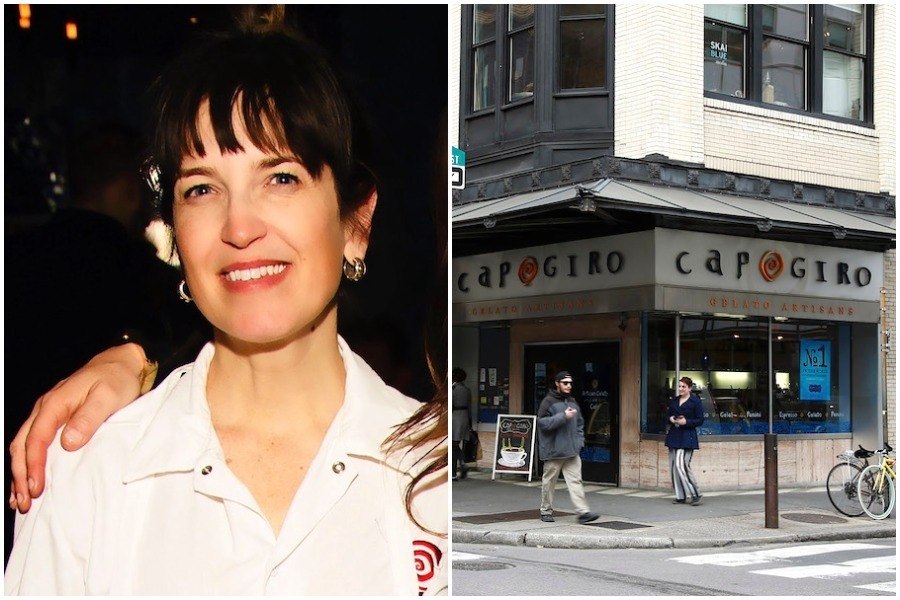 Left: Capogiro co-owner Stephanie Reitano in an undated file photo by Hughe Dillon. Right: A 2014 photo of the since-closed Capogiro at 13th and Sansom in Philadelphia. (Matt Slocum/AP Photo)

Ten months after Capogiro shocked gelato lovers and Philly food scenesters by announcing that it was closing all locations, founders Stephanie and John Reitano have declared personal bankruptcy. And their bankruptcy filings shed new light on just how dire the financial situation surrounding Capogrio was.

According to documents that the Reitanos recently filed in Philadelphia’s bankruptcy court, they are more than $3.8 million in debt. Most of that debt is connected to Capogiro, which National Geographic declared the world’s best ice cream in 2011.

That debt includes: several business loans — one approaching $1 million alone; large personal and business credit card bills with American Express, Chase and other companies; a car loan on a BMW X5 SUV; some $371,000 in student loans; mortgages on the couple’s Fairmount home; tens of thousands of dollars in taxes owed to the city and state; as well as a $50,000 loan from a relative.

The bankruptcy filing also details a series of debts that the couple incurred with Quick Bridge Funding of San Diego in October 2018, just one month after they announced plans to expand Capogiro nationwide and two months before they would announce that Capogiro was no more. The debts to Quick Bridge Funding exceed $230,000.

In the months prior to securing this funding with Quick Bridge, Capogiro faced a series of lawsuits, judgments and liens in Philadelphia over bills the company had previously racked up with other companies and the government.

When Stephanie Reitano announced that Capogiro was closing in a statement released last December, she attributed part of Capogiro’s failure to a fire at one of their businesses earlier in the year.

“We are sorry that we could not get to the finish line,” she wrote, referring to the previously announced plans for nationwide expansion. “Growth capital was sought, but unfortunately potential investors could not see past the losses that we sustained from the February fire in Old City.”

Unlike Chapter 11 or Chapter 13 bankruptcy, which involve reorganization and allowing the bankrupt parties to retain some or even all of their assets with the promise of using future income to pay off old debts, Chapter 7 liquidates any non-exempt assets, divides the proceeds among the creditors and wipes out any debt left over. Of course, Chapter 7 also remains on your credit report for a full 10 years.

“We are going back to the drawing board to plan our next steps,” Reitano wrote in her December statement. “Stay tuned…”

But those next steps are now even more unclear given their declaration of bankruptcy.

The attorney representing the Reitanos declined to provide a comment for this story.