A new Pew study looking at population dynamics looks to find out not just who’s moving, but why. 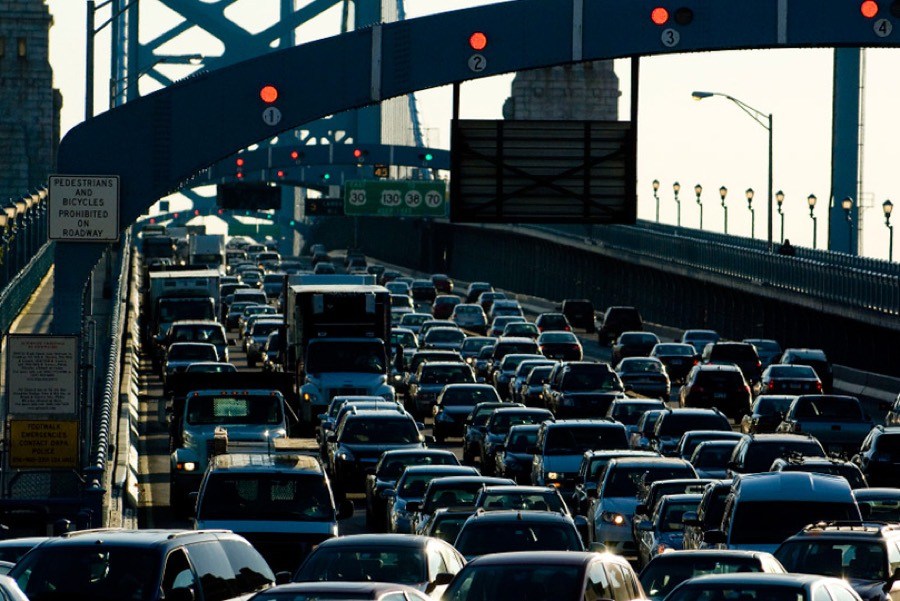 A new Pew report helps us understand why 60,000 Philadelphians decide to leave the city each year. Photo by Jeff Fusco.

After a run of consistent population decline from 1950 to 2006, Philadelphia has, in recent years, enjoyed touting itself as a renaissance city — full of attractions and entertainment for new people (especially millennials) moving to town. We’ve even had a nice time ribbing New Yorkers who, escaping that city’s prohibitive rent and cost of living, have decided to move to Philly instead.

But a new Pew report released on Wednesday about a different group of people — those 60,000 who leave the city in any given year — provides a few reasons to question the city’s self-mythologizing as a newcomer’s haven.

Philly is technically growing, yes, but only just barely. Last year, the city’s population increased by fewer than 4,000 people. Part of that, as this Pew study notes, has to do with the fact that if you only count domestic migration — in other words, excluding immigration, as well as births and deaths — then more people are leaving Philly each year than moving in, to the tune of about 10,000.

That isn’t necessarily a damning statistic. Many other population centers, among them New York City, Boston, and Washington, D.C., have also experienced negative domestic migration for years, offset by higher levels of immigration. But there are U.S. municipalities growing faster than the Northeast, like Austin and Seattle, both of which are bolstered by positive domestic migration and immigration.

In Philly, Pew notes, roughy half of the 60,000 people who leave town are between the ages of 18 and 34 years old. And even though Philly’s millennial population grew by 100,000 from 2006 to 2012, another Pew report from 2014 seemed to presage the eventual departure: “Half of the 20- to 34-year-olds questioned said they definitely or probably would not be living in Philadelphia five to 10 years from now, compared with about three in 10 for the rest of the city’s adult population.” (It’s worth noting, though, that a high proportion of millennials leaving town probably isn’t unique to Philadelphia. In general, young people tend to move around more.)

But these questions of who moved aren’t the ones Pew was really seeking to answer with this study. Instead, the researchers were trying to find out why people left — through surveying 1,000 recent Philly expats. “I have never seen a survey like this in any city, where they actually talked to people about why they moved,” says Larry Eichel, project director of the Philadelphia Research Initiative at Pew.

The data, as you might expect, doesn’t provide a single overwhelming answer to that question. Of those 1,000 people surveyed, 26 percent cited job opportunities as one of the reasons for moving. Fourteen percent listed crime and safety, while 12 percent mentioned the cost of living. About half stayed within the Philly metro area, while half left the region entirely. White people left more than any other racial group, comprising 45 percent of the total exodus, compared to 30 percent for black Philadelphians, 13 percent for Hispanic people, and seven percent for Asian people. (Reasons for leaving the city were relatively consistent across all racial groups, with one exception: White and Asian people were half as likely to leave the city due to crime and safety concerns.)

The breakdown starts to get more revealing once you get granular. Thirty-six percent of individuals with at least a bachelor’s degree said they moved away from Philly for other job opportunities — three times as much as any other reason. That could suggest one of two things: People with higher levels of education may be inherently more likely to move for their career, whether in Philadelphia or any other city; or, it could suggest Philly has a retention problem when it comes to highly skilled members of its workforce. “Unfortunately the survey doesn’t get into that,” says Eichel.

Among those with a high school diploma or less education, crime and safety constituted the primary reason for moving, at 23 percent. (Only four percent of that group moved for job opportunities.)

And what of the oft-discussed tactic of moving to get one’s child into a better school district? For those who actually have school-aged children, that’s the single most common factor for moving out of Philly:  31 percent. But the catch, Pew reports, is this: “The vast majority of households that left Philadelphia — 79 percent — did not include school-age children.”

“This is a subject that everybody in Philadelphia thinks they know about,” says Eichel. “Everybody thinks one factor or another — crime, schools, dirty streets, whatever — is what causes people to leave the city.”  Of course it was always bound to be more complicated than that. As the data makes clear, people move for different reasons depending on their life circumstances.

There is, however, at least one point of near consensus, and it’s one that should make those of us who stick around feel better about the 60,000 ex-Philadelphians who leave each year. Of the 1,000 people Pew interviewed, 70 percent said they’d still rate Philly as a good or excellent place to live.

At least they won’t be trashing us when they’re gone.