Community College of Philadelphia is doing more virtue signaling than effecting actual change for LGBTQ students and staff with its adoption of a genderless symbol. 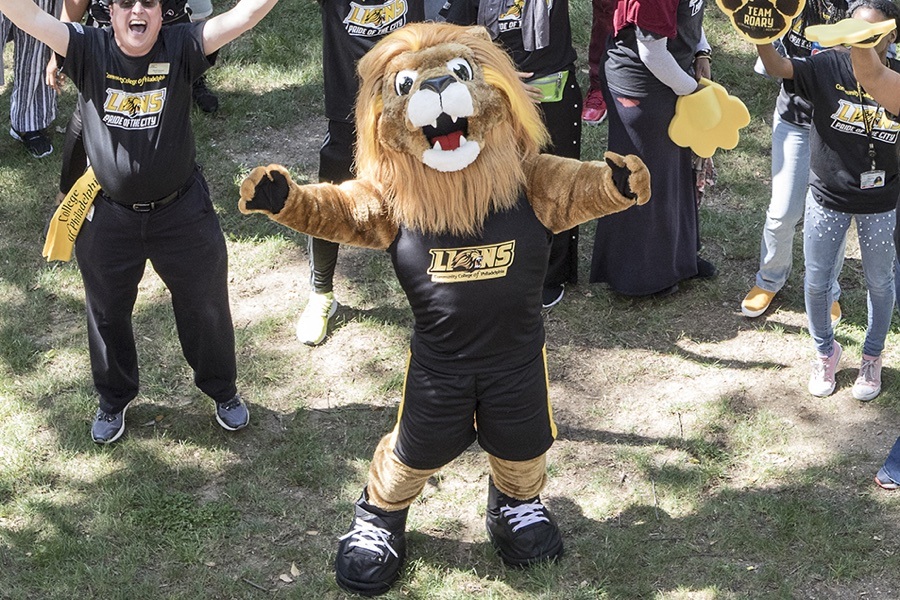 Community College of Philadelphia tried to make a huge roar this week with the announcement of its new mascot. After ditching the outdated, and arguably problematic, “Colonial Phil,” CCP said it wanted to go for something that “better reflects the quiet strength, resilience, and tenacity” of its students and athletes.

Now, Roary may look pretty much like any other school’s anthropomorphized animal mascot, but there’s one major distinction that CCP wants you to get: They, as in Roary, are non-binary.

“In keeping with the College’s commitment to provide a welcoming and inclusive learning environment for all students and all Philadelphians, Roary identifies as non-binary and uses they/them pronouns,” a CCP spokesperson said in a press release. “The new mascot presents an opportunity to look for new ways to promote inclusiveness and discuss important topics like gender identity.”

CCP is boasting that Roary is one of the first non-binary college mascots in the nation, and the second genderless mascot in Philly, following Squiggles at the Please Touch Museum. (Like anyone else is keeping count.) Some on campus are reacting to this news positively, suggesting that the presence of Roary promotes a more welcoming environment.

“When you’re not accepted or respected, it’s hard to focus on your schoolwork,” says Vincent Scarfo, a non-binary coordinator who works at CCP’s LGBTQ student center. “The arrival of Roary is just another sign that all are welcomed here.”

Normally, I’m a huge fan of symbolic gestures — those additional Black and brown stripes on the Philly Pride Flag still makes me swoon. But as a queer millennial who has advocated for more tangible inclusion and acceptance across the LGBTQ spectrum, I’ve also become accustomed to smelling insincere B.S. more than a mile away.

Investing a fictional mascot with a non-binary identity to represent ideals of diversity at a college campus is no different from the rainbow capitalism we witness during Pride Month, when corporations shoehorn positive LGBTQ messaging into their existing marketing schemes. What else can you call it but pandering when companies and institutions that aren’t exactly known for their LGBTQ advocacy jump on a trend with ulterior motives — such as, say, rebranding a school that previously had a tone-deaf mascot?

At best, CCP’s new furry symbol is virtue signaling, the act of deliberately and publicly projecting moral values for clout. And while it is noble to hold sound beliefs that are kind and just, doing so aggressively to promote your business or raise your profile is tacky. CCP appears lazy in simply slapping a non-binary identity on a new mascot as a way to garner buzz for the school. (Imagine, for example, your reaction if your neighbors told you at a dinner party to use their “gender non-conforming powder room.”)

Soooo, what is @CCPedu doing for actual non-binary students? This just seems opportunistic and not intentional. https://t.co/ZrlQ8f8mGY

The sad part about all of this is that none of the posturing tells us anything about CCP’s commitment to the LGBTQ community. A non-binary lion doesn’t immediately roar that more money is going to support CPP’s one-year-old LGBTQ student center, or that there will be more non-binary executive level staff hired on campus. Referring to a fictional mascot by they/them pronouns is insightful, but investing more resources into protecting actual students who deal with being misgendered daily is far better.

I’m over being told by corporations, nonprofits, and other institutions that they support the LGBTQ community — I want to be shown it through actions that directly improve our lives. The marketing of Roary is the kind of thing that makes more sense for young children, like Squiggles. Young adults, on the other hand, need more than just a symbol of inclusion — they need real support.