Mia Concepcion, a 17-year-old senior at Science Leadership Academy, on her work and why adults shouldn’t discount the youth perspective. 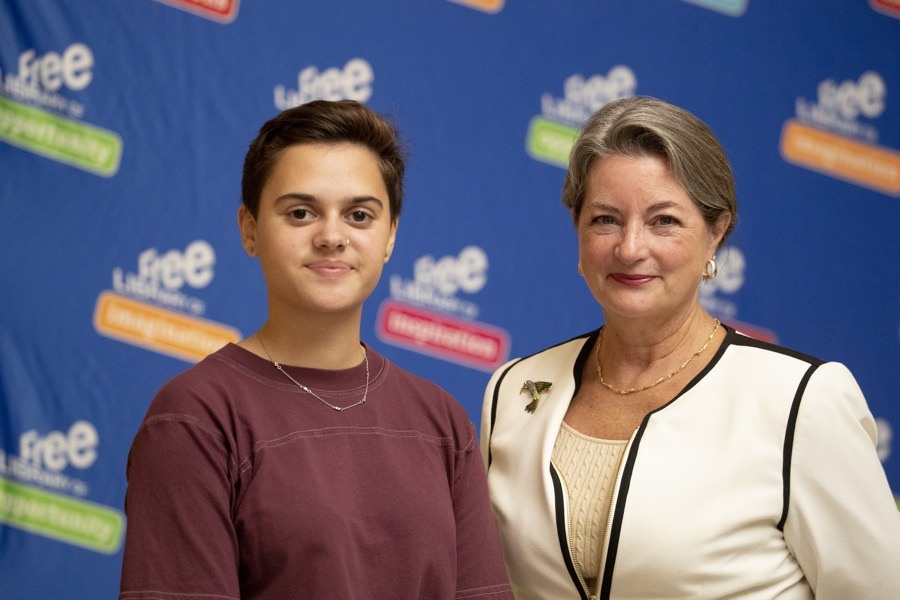 Philly’s latest awardee, as of last week, is Mia Concepcion, a 17-year-old senior at the Science Leadership Academy who’s only been writing poems for three years — ever since she joined the school poetry club as a freshman. Like all poet laureate positions, Concepcion’s is a civic one. She’ll be mentored by the current adult poet laureate, Raquel Salas Rivera (whom we interviewed here), and will use her $1,000 stipend to publish an anthology of work by young poets in Philly as the capstone project to her year-long term. We spoke with Concepcion over the phone to discuss her work, and why young people have perspectives worth hearing.

People often talk about high schoolers being stressed and overworked. Why did you take this additional project on?
Yeah, it’s a busy time. Especially with senior year, there’s a lot going on, college planning. But I really wanted to do this. It didn’t seem like it had high pressure, but would be me giving back to the community.

Much of being a young writer is finding one’s own style. How do you balance imitation of people you look up to versus finding your own voice?
It’s a difficult balance, but I don’t think I ever try to mimic. I just like to be inspired. When I see something that I really like, I try not to idolize or make it seem like I’m inferior in my own work, but try to see how I can evoke that same, powerful emotion that I felt.

How would you describe your own style?
All of the poems I submitted kind of showed my poetic style of metaphor and the use of really strong imagery. Mainly, my focus throughout all of them is about experiences that are relative to me and my personal life.

One of the poems you submitted was about Hurricane Maria, which struck Puerto Rico in 2017.
Yeah, I have family that lives in Puerto Rico. When it occurred, my family was safe, but we weren’t entirely sure, because there was no service, you couldn’t call. I was frustrated at that, and frustrated at the news and government. I kind of wrote the poem, basically, as therapy to get out everything I was thinking and feeling.

The youth poet laureate is considered a civic role. What role should poetry play in society?
I think it’s a really powerful tool to get messages across and to be able to vocalize feelings. Especially for youth, and especially in this city. The way I’ve heard people vocalize themselves through poetry at slams I’ve been at — it’s truly amazing they get to speak up about things that kids don’t usually get a voice or a platform to really talk about.

Anything in particular?
Issues of gun violence, and race, and social class, and gender and sexuality. All of the overarching identities that the city is filled with. People are able to talk about that in such a powerful way through poetry.

Young writers are sometimes discounted because of their youth. They haven’t lived as long, the logic goes, so why should we listen to their perspective? What do you say to that?
I think part of it does ring true. Especially in the arts industry, young people don’t always have that platform to showcase themselves. But in this position I really want to give a voice to young people, and let people who are underrepresented be brought to the front and get a spotlight for once. Young people have a different perspective on life. We have to face different challenges than older people do nowadays. We’re living in a completely different era, growing up with technology and lots of different world problems. So we have a different way of looking at things, a different kind of energy. I hope that through my anthology project I get to give the kids in this city an opportunity to come forward and show that.