City and state officials helped save the refinery from financial doom at least once before. As a connected former PES executive expresses interest in reviving the site, Philly's ambitious environmental goals — and political tendencies — could get called into question. 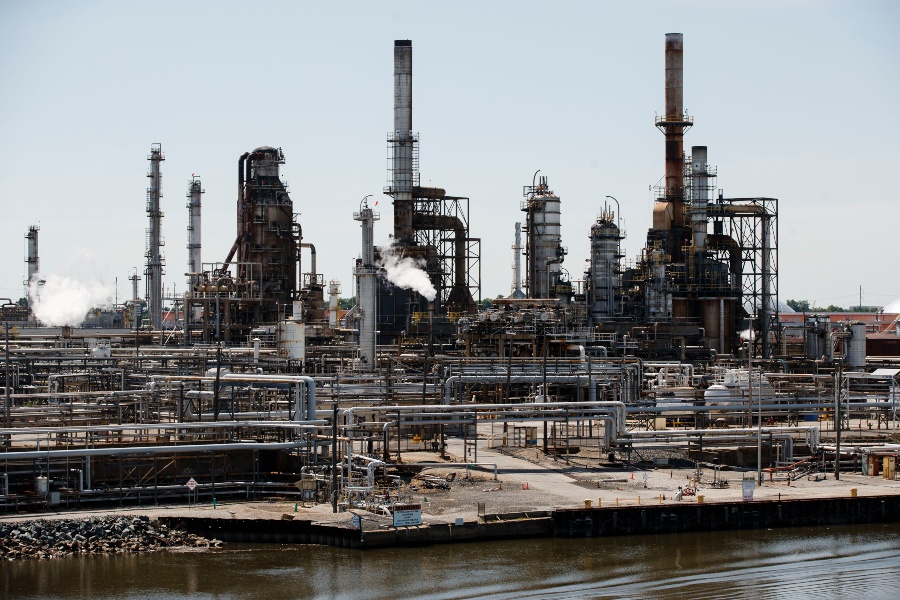 Before this summer, the average Philadelphian likely rarely considered Philadelphia Energy Solutions, the massive oil refinery complex located northeast of the airport. Maybe you, like me, occasionally passed the refinery in your car at night, watching small, steady flames and golden light erupting from its steel spires, thinking about how it resembled a city unto itself.

Everything changed at 3 a.m. on June 21st, when a series of dramatic explosions occurred at the complex, rattling homes miles away, appearing on satellite footage, and setting off a fire that burned for days. It felt like all of Philly began discussing the refinery — political representatives, media outlets, and others suddenly tuned into what residents living near the complex had been saying for years: The refinery’s operation has posed a serious threat to both the environment and the surrounding community.

Just five days after the blast occurred, PES CEO Mark Smith announced that the complex was significantly damaged and would close. The company filed for Chapter 11 bankruptcy for the second time in two years, stating that its latest financial plan would provide it with “additional financing and liquidity necessary to ensure we can safely wind down our refining operations and … best position the company for a successful reorganization, the rebuilding of our damaged infrastructure, and a restart of our refining operations.”

Now, discussion surrounding the 150-year-old, 1,300-acre complex — the biggest single source of air pollution and greenhouse gas emissions in Philly — has begun to center on its future. What kind of organization will take its place? Can it be salvaged so a refinery can continue to operate, as some industry folks and former workers hope? Or, as environmental and community activists prefer, should the city push for its next occupant to function as some sort of renewable energy hub?

There are limitations to the site’s future. For starters, the property is still privately owned, and the land is heavily soiled from refining operations — much of which occurred before the Environmental Protection Agency even existed. PES has promised to clean it up only to a standard that would allow for industrial use on the property. (So anyone dreaming of a beautiful park or a new housing complex on the site shouldn’t get their hopes up.)

In addition, an investigation into the June 21st incident is still underway and could take months — or even years — to complete, stalling potential new investments. And finally, the U.S. Bankruptcy Court in Delaware, where PES filed its bankruptcy petition, would need to approve any sale as part of the Chapter 11 bankruptcy.

For now, two companies have expressed interest in bidding on the complex. 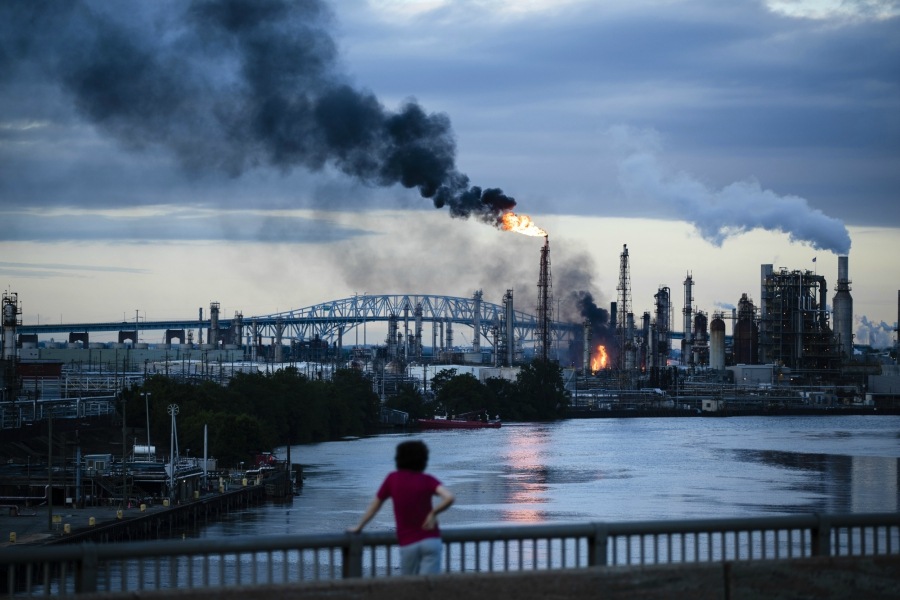 Rinaldi, 73, is a retired chief executive of the refinery. (He and other execs still own a 2.7 percent share of PES.) On Wednesday, he announced that his newly formed Philadelphia Energy Industries would bid to buy and restart the refinery complex.

Some background on Rinaldi: In 2012, he led the Carlyle Group, a Washington, D.C., private-equity manager, when it partnered with Sunoco — then the refinery’s owner — to keep the complex’s operations afloat amid financial woes and a looming closure threat. Carlyle received city support — and $25 million in state grants — to bolster its efforts, according to the Inquirer.

At the time, Rinaldi was part of a group of industrial, business, and political leaders who were determined to change Philadelphia, with the help of Western Pennsylvania’s Marcellus Shale gas fields, into a financially booming East Coast “energy hub.” PES would facilitate and thrive with the transformation, they hoped — but that vision was never quite realized over the years. Rinaldi retired in 2017; PES declared Chapter 11 bankruptcy in January 2018. It emerged later in the year only to declare bankruptcy once again after the June 21st incident.

With his various connections (and given the tendency of Philly’s old-boy network to lean heavily on such things during the decision-making process), Rinaldi and PEI seem likely suitors for the site. A statement from the organization on Wednesday harkened back, in some ways, to Rinaldi’s 2012 outlook. There was a change worth noting, though: the promise of some sort of renewable energy project in addition to conventional fuel production.

Selling plans for the site as at least moderately “sustainable” could be critical in attracting support from city leaders today. The Office of Sustainability’s Clean Energy Vision includes a proposal to reduce the city’s carbon pollution by 80 percent (from 2006 levels) by 2050. Major refinery operations certainly put that goal into question.

Mayor Jim Kenney‘s administration has stressed the need to ramp up climate change mitigation efforts — but is also likely facing immense pressure to act fast on the more than 1,000 jobs lost as a result of the refinery’s shutdown.

The question is whether the city will support Rinaldi’s efforts to continue refinery operations — or whether officials might advocate for a greener alternative, in line with their 2050 commitment. (And an opportunity that, as environmental activists point out, could also bring jobs.) Again, the site is privately owned — but official influence in critical deals like this shouldn’t be understated.

Philadelphia-based bioenergy company S.G. Preston Co. was the first organization to publicly express interest in bidding on the site about a week ago.

Its founder and chief executive, R. Delbert LeTang, told the Inquirer that the organization supplies buyers with renewable fuel under long-term contracts. Its business model, he said, is less vulnerable to the financial uncertainties that can accompany conventional fuel production today.

S.G. Preston Co. would convert at least a portion of the complex to make renewable diesel, marine diesel and jet fuel out of fats, oils, and grease from surrounding sources, per Reuters.