Sheetz Made Another Beer … This Time With a Philly Brewery 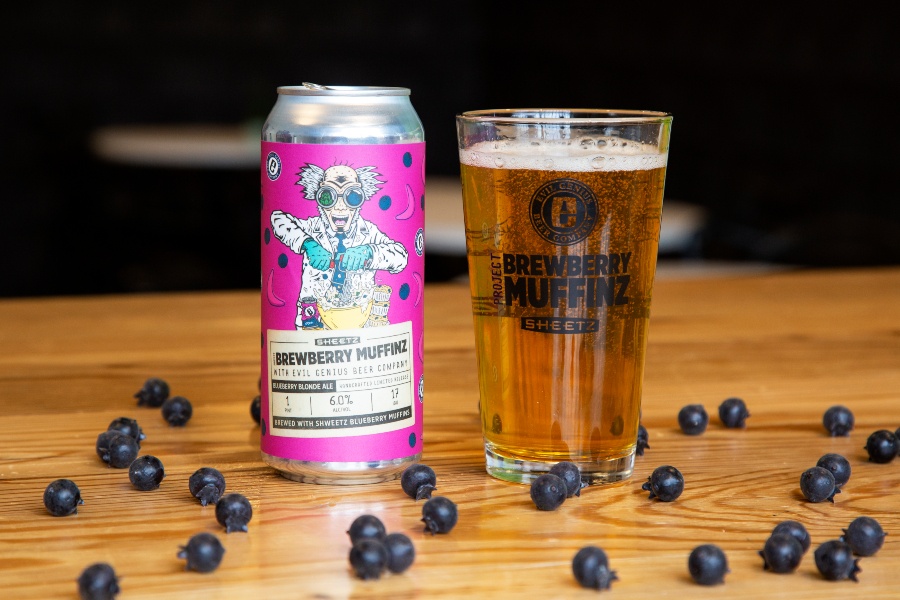 We were just a little annoyed (like, the way a parent gets frustrated with a child) when we saw that Sheetz debuted a coffee-flavored beer back in May.

After all, lest we forget, Wawa had already brewed and revealed its own Winter Reserve Coffee Stout months before the inferior Altoona-based company came out with “Project Coffee Hopz.” The move felt like a rivalrous rip-off. Still, it was a small thing. A minor incident.

Now, we’re a little more bothered. This week, Sheetz not only announced a second beer, but a second beer created in partnership with a Philadelphia brewery. The company has officially infringed on our territory. (I mean, its owners should add least add a location out this way if they’re going to reap our top talent. Then maybe I could indulge in a Doritos Walking Taco once in a while.)

The limited-edition beer, called “Project Brewberry Muffinz,” is brewed in partnership with Evil Genius Beer Company. The business operates a “tasting lab” in Fishtown but brews its products in Northeastern Pennsylvania, which it calls “the heart of Sheetz country.”

If you can’t tell from the beer’s childish name, Project Brewberry Muffinz is a blueberry craft beer. (And if you ask us, Sheetz and Evil Genius make a pretty good pairing, seeing as both companies share a love of brainstorming ridiculous titles for their products.) More accurately, per Sheetz, the beer is a “light-bodied blond ale infused with Sheetz’s iconic Shweetz blueberry muffins,” which we’ve never heard of.

If you’re a traitor, you can buy the brew in 16-ounce four-packs at 99 Sheetz stores across the state, starting at 4 p.m. this Thursday. Of course, none of those locations are very close, so you’ll have to drive out to Lancaster or something. Here’s a full list of participating stores.

Sheetz now sells beer and wine at more than 160 of its locations. Unfortunately for us, Wawa hasn’t quite kept up — the food and refuel store still doesn’t sell alcohol in Philly, despite progress on efforts earlier this spring.