The forthcoming “Project Coffee Hopz” from that other Pennsylvania convenience store will surely have nothing on Wawa’s Winter Reserve. 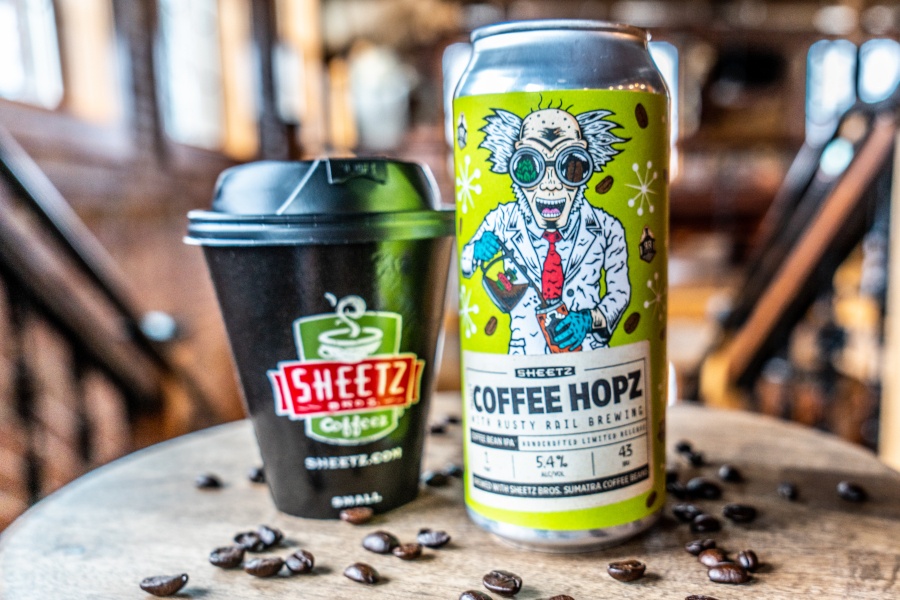 Maybe Sheetz didn’t get the memo when Wawa rolled out its fancy coffee-flavored beer this past winter. Or maybe it did and decided to pretend otherwise. Either way, Pennsylvania’s distant-second convenience store chain is following a little too closely in Wawa’s footsteps, if you ask us.

Sheetz just announced that it will soon debut its first-ever craft beer — which is, conveniently, also coffee-flavored.

The brew is the result of a partnership between Sheetz and the central Pennsylvania-based Rusty Rail Brewing Company. It’s brewed with Sheetz Brothers Sumatra coffee beans and called “Project Coffee Hopz,” because apparently Sheetz prefers to pluralize nouns by adding a Z instead of an S, which, to us, is just embarrassing. It features “light and floral taste notes with a subtle coffee presence,” according to the company.

The company will throw a launch party for the limited edition IPA on May 16th, near Pittsburgh. It’s going down between 4 and 7 p.m. at Sheetz’s Bethel Park store, located at 4599 Library Road. After that, the brew will become available at these 55 Sheetz locations for a limited time. If you want to try it, you’ll probably have to travel quite far. The closest beer-selling location to Philly is in Lancaster — about an hour-and-a-half drive.

If Sheetz does have one advantage over Wawa, it’s that it owns many more locations with liquor licenses. You can currently buy beer at only one Wawa in Pennsylvania — in Chadds Ford. (The company does want to bring beer to a Philly location soon, though.)

Anyway, Wawa’s coffee-flavored beer — the Winter Reserve — debuted in December and was available throughout the winter. The brew, an oatmeal stout steeped with Wawa’s Reserve Winter Blend Coffee, was the product of a partnership between the company and Delaware County’s 2SP Brewing Company.

It was lovely. Surely more lovely than whatever Project Coffee Hopz will be.