An internal memo from the newspaper’s leadership gives the company — once hailed for its unique nonprofit ownership structure — just five years to change “our business, our products, our operations and our culture.” 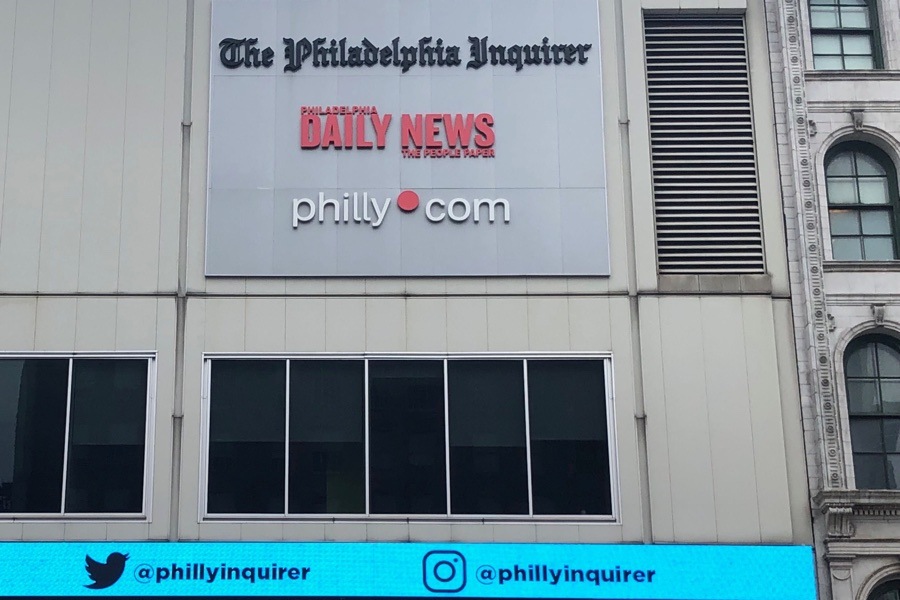 Top management at the Philadelphia Inquirer has told newsroom staffers they must radically transform the “newspaper of record” into a “robust digital company,” or else Philadelphia may become another “news desert” — a town without a daily newspaper.

“We have fewer than five years to make fundamental changes in our business, our products, our operations and our culture,” the paper’s top managers wrote last month in an urgent, eight-page report sent to all newsroom employees, titled “Unlocking a New Era of Inquirer Journalism.”

Citing plummeting ad revenues and circulation figures, the Inky’s managers wrote, “At our current trajectory, we know that in five years we will be buried under a debt load that will be next to impossible to overcome.” The report was issued after Inky managers met off-site over a period of four months for weekly “intensive half-day sessions” to “identify a common vision for our future.”

It’s a future that, according to the report, looks ominous. “As we enter this pivotal phase of our transformation,” the managers wrote, “we must all contemplate the worst case: What happens if The Inquirer fails?” Then, after discussing the rapid increase of news deserts, the managers wrote, “We must not let this happen in Philadelphia, the birthplace of the First Amendment.”

The dire management report comes just three years after the late philanthropist H.F. “Gerry” Lenfest supposedly safeguarded the future of the paper by donating the for-profit Philadelphia Media Network, owner of the Inquirer, Daily News, and the former Philly.com website (now known as Inquirer.com), to the nonprofit Institute for Journalism in New Media, which is part of a larger nonprofit, the Philadelphia Foundation.

The five-year plan calls for “driving down legacy costs” — otherwise known as print journalism — and transforming the Inky newsroom into a “more nimble, agile” digital operation, which will obviously require the cooperation of the company’s journalists and other staff. But management and labor have been banging heads since February, when the NewsGuild of Greater Philadelphia, which represents more than 300 employees, including reporters, editors, photographers, and sales reps, declared that they had no confidence in the leadership of Inquirer publisher Terry Egger. (Disclosure: I was a reporter at the Inquirer more than 20 years ago and was involved in litigation against the company, then under a different owner and management team.)

Last month, right after the newspaper celebrated its 190th birthday, more than 200 NewsGuild members picketed the Inquirer’s offices on Market Street, in protest of management’s threat of layoffs if they didn’t get 30 staffers to take a voluntary buyout.

Thirty members wound up taking the buyouts, including the number-one guy on the newsroom seniority list. Longtime columnist Stu Bykofsky decided to sign a “voluntary separation agreement” after management took away his column and reassigned him to the sports copy desk. Bykofsky wrote his final column last week.

The never-ending attrition at the Inquirer after two decades of a series of constantly changing owners has taken a collective toll on the newsroom.

In a July 3rd bulletin, NewsGuild president Diane Mastrull described to colleagues how “In these last few days, [NewsGuild Executive Director] Bill Ross and I have told management in very plain language that this process of cutting employees – whether they’re called buyouts, layoffs or job eliminations – undermines morale in a workplace that needs all the fight it can muster to survive in this brutally competitive environment.”

“We also have a crisis in confidence in company leadership,” Mastrull wrote. “We told them [management] we crave a business plan that we believe in.”

Equally troubling to staffers during a time of buyouts are six-figure payments made to officers and contractors who work for the nonprofit that owns the Inquirer.

The payments, outlined in a 990 tax form filed by the Philadelphia Foundation with the IRS in 2017, were being made at a time when newsroom staffers have gone more than 10 years without a raise. They also have a pension fund in “critical and declining status” that management no longer contributes to and is scheduled to run out of money in five years.

According to the 990, however, it’s a different story for the officers and contractors employed by the nonprofit that owns the Inquirer. The contractors include Douglas K. Smith of LaGrangeville, N.Y., who collected $501,675 for project management of the Knight-Lenfest Initiative, and Burt Herman of New York, who got paid $273,250 for program management. Also receiving money — $261,908 for donor development and website services — was Brian Communications, the PR agency headed by former Inquirer publisher Brian Tierney, who himself is member of PMN’s board of directors.

In the eight-page memo, the Inky’s managers admit that in many ways, “We have failed to solidify our digital footprint, and our quest for a viable business model remains elusive.”

“The future of media is digital, and the bottom line is that we’re ill-prepared to confront the challenges and opportunities before us,” the managers wrote, before calling for “a radical change in the way we do business … dramatic top to bottom changes.”

The report, however, is long on buzzwords but short on practical explanations for how the Inky can be transformed. The managers also note that their current subscribers seem out of step with a liberal Democratic newspaper that typically features, especially with the departure of old-school Bykofsky, reporters and columnists writing from a progressive viewpoint.

“Our current paid audiences tend to be mostly white, mostly male and get their news from a variety of sources other than The Inquirer,” the managers wrote. “Those audiences also tend to perceive a bias or lack of trust in our news report, and also see us as a print organization that is less relevant than our more nimble digital competitors.”

Gabriel Escobar, the editor of the Inquirer and and vice president of the company’s executive team, declined to comment to Philadelphia magazine on the contents of the memo or immediate plans for changes in the paper’s coverage.

On Tuesday, however, Escobar sent out a memo to staff announcing the first concrete steps of the newsroom restructuring.

Escobar said the newsroom, which was reorganized in 2017 around eight different news desks, including justice and injustice, policy and solutions, and identity and values, would be re-reorganized into three main desks — news, features, and business/health/environment. He also announced the appointment of three new assistant managing editors to oversee operations: John Martin for news, Cathy Rubin for features, and Charlotte Sutton for business/health/environment.

“We’re too siloed, there’s too much beat overlap, too many vague assignments and too few stories from some desks,” Escobar wrote. “We have some critical coverage gaps. And our newsroom culture — strained by transformation — needs work.”