The move is a significant escalation in the fight between publisher Terry Egger and NewsGuild members over their pension plan and stagnant salaries. 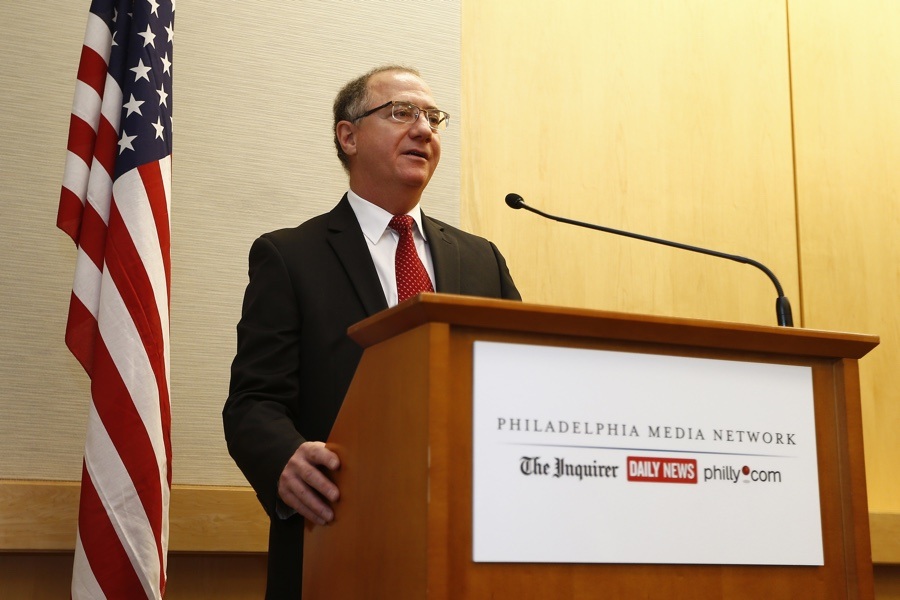 The ongoing feud between Philadelphia Media Network and the NewsGuild of Greater Philadelphia escalated last week as the newspaper union took the unprecedented step of declaring it had lost all confidence in PMN publisher Terry Egger.

According to NewsGuild executive director Bill Ross, the union’s never taken such an action in its 85-year history. The decision, made by the guild’s board, was unanimous.

The NewsGuild, whose membership includes nearly 400 employees in editorial, accounting, sales, and web design at PMN, is outraged over management agreeing to fund a pension plan for a different union — Teamsters Local 628, which represents the company’s drivers — despite allegedly claiming it was finished funding all employee pensions. (Here’s the full backstory.)

In January, NewsGuild petitioned the National Labor Relations Board to reopen an unfair labor practice case against PMN regarding the alleged pension deception. In a showing of some good, old-fashioned union solidarity last week, the Teamsters provided NewsGuild with a signed, current contract definitively proving PMN has indeed been making pension contributions. PMN will cease those Teamsters contributions in 2020, but to the NewsGuild, the point is that the company allegedly lied while at the bargaining table. (The NLRB has yet to rule on the NewsGuild’s petition.)

What’s stoking further employee anger, Ross says, is the fact that NewsGuild members haven’t received an across-the-board raise in 11 years. Worse still, he estimates about 70 percent of his members have received no pay increase whatsoever during that time period. The union is demanding a 5 percent salary bump for everyone, which Ross says would cost PMN around $1 million.

The formal announcement of no confidence in Egger came in a letter sent to PMN’s board of directors. Board chairman Josh Kopelman, who runs the VC firm First Round Capital, says the directors maintain full support of Egger. In a response to the NewsGuild’s letter, Kopelman says he noted the “harsh economic realities of the media industry across the country and that others have been forced to have massive layoffs.”

In fact, a recent wave of layoffs hit nationwide just two weeks ago, affecting roughly 1,000 employees across the industry — from those at digital outlets like Huffington Post to staff at print newspaper chain Gannett. PMN had its own layoffs, during Egger’s first year as publisher, in 2015.

Egger previously served as publisher of the St. Louis Post-Dispatch and Cleveland Plain Dealer. In 2013, Egger oversaw layoffs of around 50 members of Plain Dealer staff — a third of the newsroom — and cut home delivery to four days per week. In the wake of the restructuring, the Plain Dealer’s union accused Egger of firing more staff than he’d originally said. “We have always negotiated with [the union] in good faith,” Egger said at the time.

Egger would soon retire, only to be brought back to work by Gerry Lenfest to run the Inky. And although Egger was named the 2018 publisher of the year by Editor & Publisher magazine, Ross remains unimpressed with the hire. “The newsrooms that [Egger] managed seemed to be left in a smoldering mess,” he says. “I’m not sure what Lenfest was thinking when he lured him out of retirement.” (Egger did not respond to a request for comment.)

It’s worth noting that despite the angst on both sides, the NewsGuild is not demanding Egger be canned. “We’ve never advocated to see another get fired,” Ross says. “It’s just not what we do.”

As the union seeks to wring concessions from PMN, public pressure has been building against the newspaper. The NewsGuild got a huge endorsement from Mayor Kenney last Friday.

It is critical that we maintain a free and independent press, now more than ever. It is just as important that we support local journalists. I stand with these hard-working newsroom employees who deserve fair wages like all workers. https://t.co/QDhoQWIaQI

Meanwhile, the union is seeking to outflank management on the internal front by insinuating that top staff might soon search for work elsewhere. “Prized employees are considering leaving because they don’t want to or simply can’t afford to work for a company that doesn’t adequately reward its employees,” read the letter to the PMN board.

Per the terms of their contract with PMN, NewsGuild employees cannot strike. But Ross insists this attack on Egger is far from a last-ditch gambit: “We still have a lot of cards in our deck.”