Last year, Arnetta Johnson toured with Beyoncé. This year, she dropped her debut album. What’s next? Anything she wants. 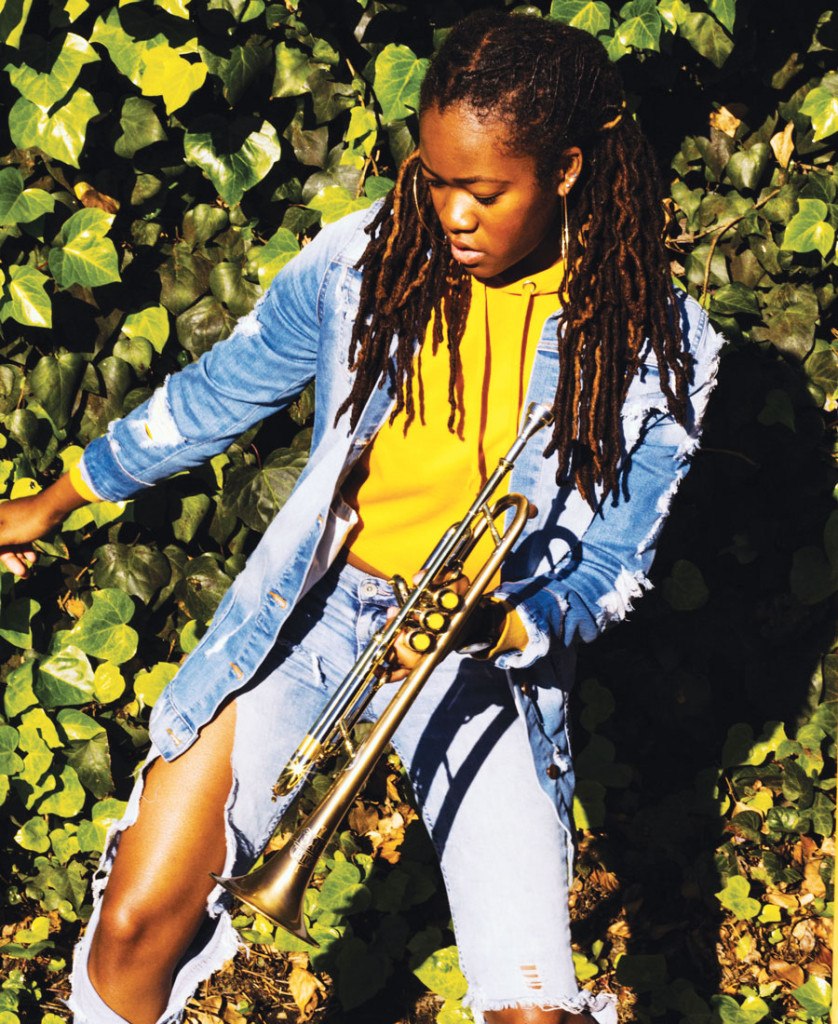 I’m going to use two phrases: “trumpet player” and “jazz club.” What immediately comes to mind? Chances are you’re imagining some old guy onstage playing sleepy “Autumn Leaves” for the zillionth time in his career. Perhaps some Dizzy Gillespie.

Well, forget all that. That was before. This is now. And what’s now is Arnetta Johnson, a 25-year-old trumpet player from Camden who aptly calls herself “the disrupter of jazz.”

In 2018, Johnson toured the world as part of Beyoncé’s critically acclaimed OTR II show. (Remember the brass band that stormed the field with B during her 2016 Super Bowl performance? Yep, that was Johnson.) Earlier this year, NPR deemed her one of its “20 Artists to Watch” in the entire country. And just weeks ago, she released her confidently titled debut album, If You Hear a Trumpet, It’s Me.

This is not your grandpa’s bebop. While Johnson’s playing clearly illustrates the jazz training she received at Camden’s creative-arts high school and the prestigious Berklee College of Music, the sound she creates is very much her own. It is, at times, aggressive. It’s funk. It’s hip-hop. It’s pop. It’s R&B. And it is, of course, jazz.

“I’ve listened to all of the jazz radio stations and play- lists to hear the music that’s out there right now, and what I’m doing is completely different than everybody else’s music in the jazz world,” she says. “I’m here to change jazz. I’m not sticking my toe in the water. I’m not ‘diving in.’ This is a cannonball.”

Johnson’s done being a “sideman” on other people’s projects — in other words, don’t offer her $75 to sit in with your quartet on a random Tuesday night. That said, she’s absolutely interested in collaboration, particularly with artists who might fall outside the traditional “jazz” pigeonhole. (See: Queen B.)

“I wouldn’t be surprised if some rappers hear this album and reach out to me about working with them on remixes,” she says. “And who knows? Maybe Cardi needs a trumpet player. Give me a call.”

Published as “The Jazz Disrupter” in the July 2019 issue of Philadelphia magazine.