The 38-year-old Philadelphian is part of the Whitney Biennial Exhibition in New York City. 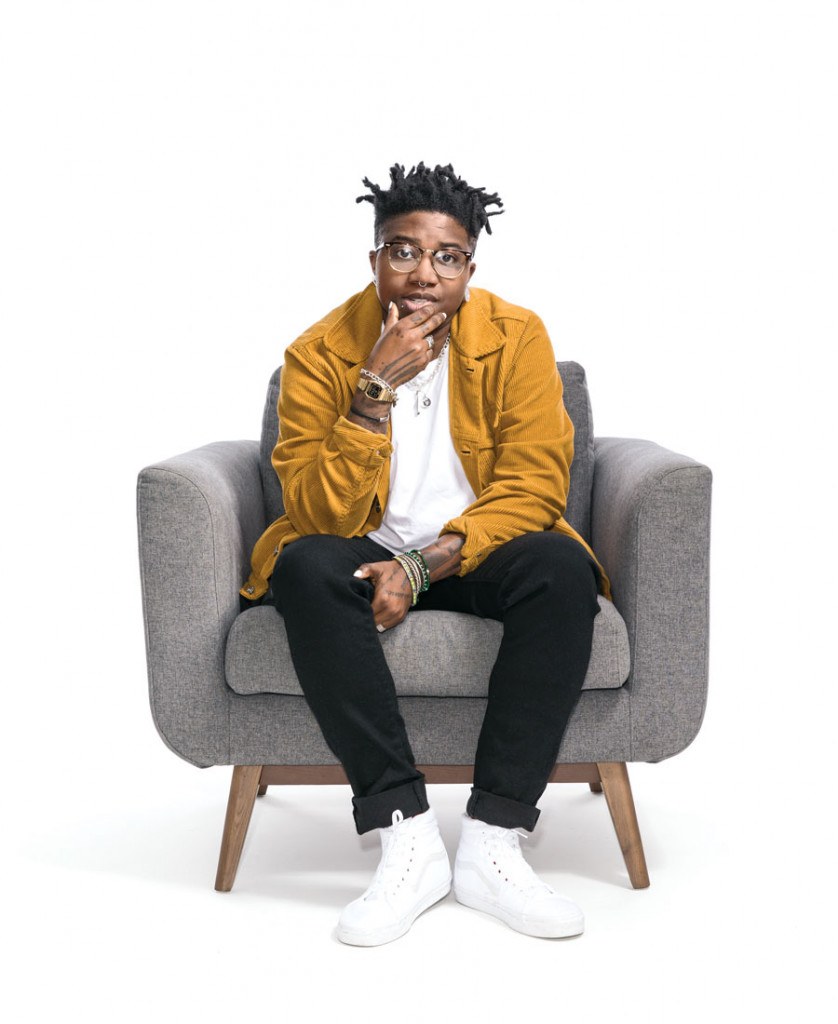 The Rundown
Age: 38
CV, abridged: Pew Fellow (2016); Guggenheim Fellow (2019); fellow in art and activism, Bard College (2018-’19); works exhibited at the Museum of Modern Art, Philadelphia Institute of Contemporary Art and more.
Mainstream foray: Directed music video for Natalie Prass’s 2015 track “Why Don’t You Believe in Me.”
Big break: One of 75 artists invited to exhibit work at the Whitney Biennial Exhibition in New York City, on view through September.

A big question about art is the artist’s intent vs. what the consumer takes away from it. Much of your work is autobiographical. Given that personal quality, what side do you come down on?
I have this thing that’s like a temperature for how I think about my work: I know I’m finished when I’m in a place where I can sleep at night when it goes away. It has its own life. It’s like a child or a teenager — someone you raise, and then you get to see how well you did and how it’s going to be affected by the world.

So now do you wish your point had been more clearly made?
No. My work is a mirror. It’s on him. Everybody read that and was like, This guy has some sick fantasy shit. But you can’t control people’s interpretations of your work.

There’s a controversy with the Whitney Biennial about museum board member Warren Kanders, whose company manufactures tear gas. More than 50 of the 75 Biennial artists signed a letter calling for him to be removed from the board. You did not.
No. And I won’t be. Because I have other stuff to do. I’m just not interested in being part of a group of people that I know are full of shit. I’m not protesting anything in New York. New York is born and bred with a certain kind of colonialism, a certain kind of gentrification, a certain kind of proximity to nastiness that the rest of the country just is not. I grew up in South Carolina. I come from factory workers. I’m not about to go to the Whitney and let my protest be there. I’m going to spend time talking about what unionizing means. I’m going to go and engage with people on that level.

Some museums are no longer taking money from the Sackler family, whose fortune comes from OxyContin. There’s more pressure on art institutions now to vet donors and their political beliefs. Should they be making that calculus?
Not unless you want to make the calculus on everything. I mean, I don’t know what clean money looks like in this country that’s born and bred on the backs of enslaved black people.

Many people see the words “contemporary art” and tune out because they think it’s too inaccessible. What do you say to them?
Stay away. I don’t care. I make the work for myself first. This is my art practice: I make work that I want to see, and then I’m inviting other people to look at it if they care to.

Your exhibit at the Whitney is a three-hour-long, six-screen film documenting a religious pilgrimage you took to Nigeria, running on infinite loop. Probably no one’s going to sit there and watch all three hours.
You can’t.

So the very form is not fully accessible, right?
On purpose. It’s about showing a certain kind of ethnography, frustrating the audience who wants to consume everything. That’s the form of my filmmaking. I’m interested in frustrating people who want everything.

Published as “Creative Challenge” in the July 2019 issue of Philadelphia magazine.