The Best Thing That Happened This Week: Frenchy’s Folds It Up

The Ocean City fry shop tried a sneak takeover of the 9th Street beach. Guess what happened next? 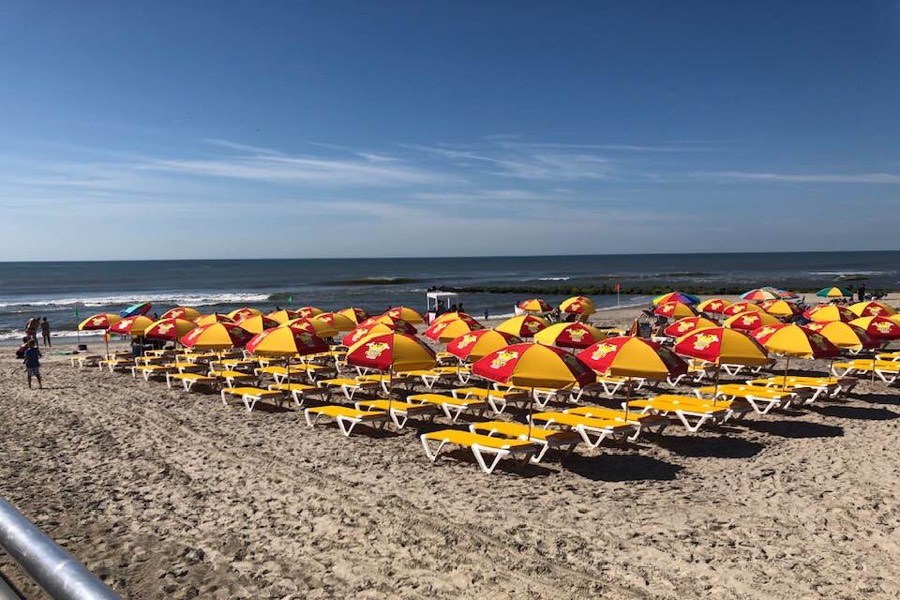 The company known as Adventure Golf South, LLC, has a talent for pissing off Jersey Shore-goers. Last year, the heat was over its plan to plunk down a vast mini-golf course in the heart of Margate — a venture that had up-in-arms neighbors protesting at planning board meetings and raising funds to appeal the board’s eventual pro-course decision. (An earlier attempt to Wildwood-ize staid Margate via mini-golf, in 2009, failed.) But this year, AGS (it’s led by businessman Mark Benevento) took neighbor irritation to a whole new level by storming the Ocean City beach with an army of … beach chairs?

Here’s the scoop. AGS also owns a junk-food joint known as Frenchy’s French Fries (its mascot is “a smiling anthropomorphic french fry in a beret and sunglasses,” as the Ocean City Sentinel put it), and Frenchy’s took advantage of what are known as its “riparian rights” in June to plant an ocean of unfolded chaise longues and beach umbrellas (emblazoned with that annoying french fry guy) up and down the 9th Street beach, awaiting occupancy. Benevento, in case you were wondering, is Not From Around Here, and his stealth plantation of leisure gear on a public beach caused the locals to, quite rightly, throw fits. (A Frenchy’s employee described “a lot of hate” being thrown the staff’s way.) Frenchy’s Facebook page was besmirched with cheesy vitriol (Sample: “You are taking up space where families have been going for generations because of your greed”), the mayor got involved, threats were made (“My family will no longer be supporting your establishment until you remove those hideous chairs and umbrellas from the beach”), matters escalated, and eventually, as any longterm Ocean City-goer could have predicted, Frenchy’s backed down. On Monday, the company announced that a third party will now take charge of its umbrellas and chairs, and they won’t be unfolded until they’re rented (for $10 a day). And just like that, serenity returned to the never-changing sands of the Jersey Shore. 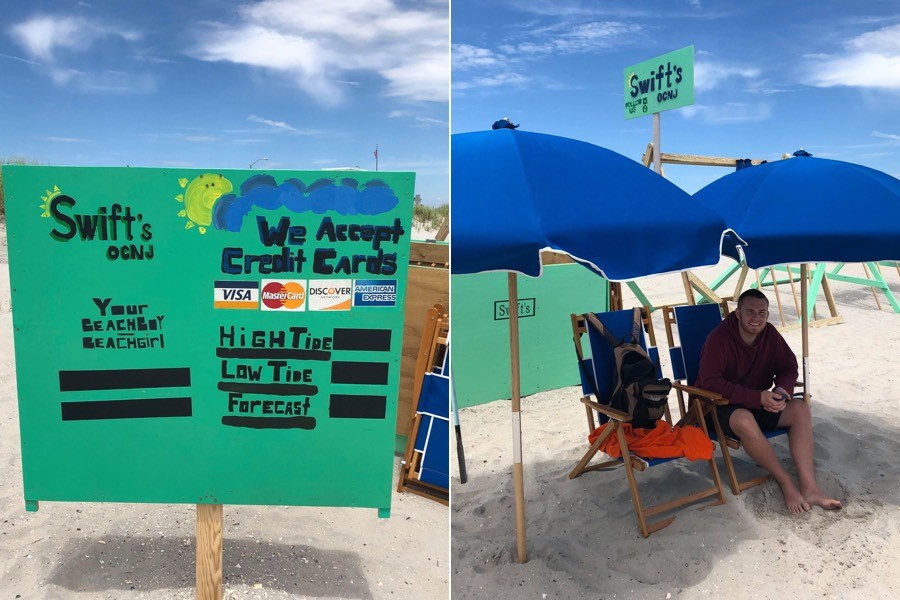 Swift’s OCNJ has taken over rentals on stretch of beach in front of Frenchy’s. Photos Barbara Betson