The mural, located in Strawberry Mansion, honors Sgt. Robert Wilson III, who died in 2015 after an attempted burglary at a North Philly GameStop. 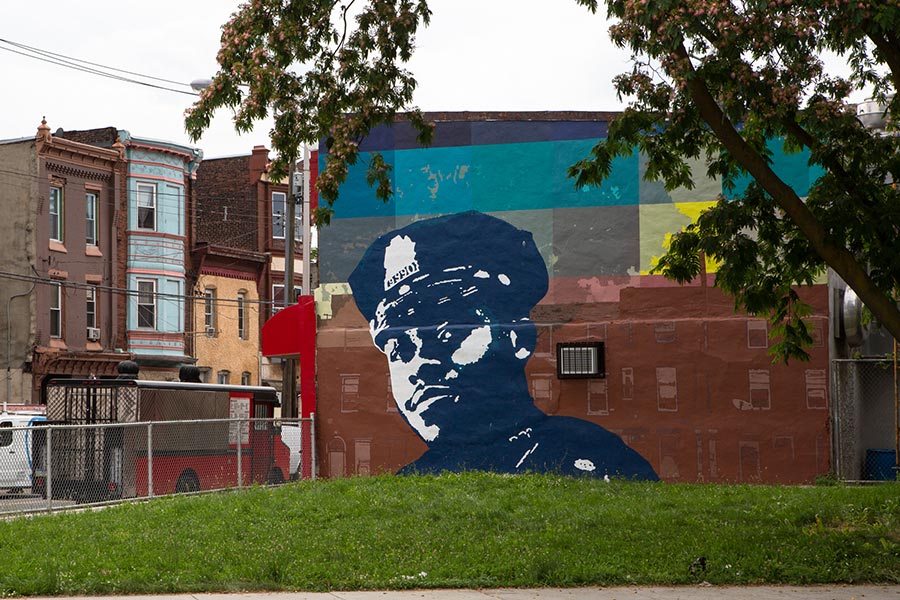 A mural honoring a Philadelphia police officer who was killed in the line of duty in 2015 was vandalized on Thursday.

The mural, which is located near 29th Street and Ridge Avenue in Strawberry Mansion, honors Sgt. Robert Wilson III. Wilson was shot during an attempted robbery at a GameStop in North Philadelphia, which police said he had entered the store to buy a gift for his son.

The local Fraternal Order of Police union is offering a $10,000 reward for someone who can assist the police in locating the suspect responsible for vandalizing the mural.

“It’s sickening and disgusting that some lowlife would deface the mural of hero and fallen officer, Robert Wilson III,” John McNesby, president of FOP Lodge 5, told 6ABC. “We will never forget Rob’s bravery, courage, and valor when he saved lives inside that GameStop store.”

It’s not clear how exactly the mural was vandalized. Police said someone spray-painted over it and that the paint has since been removed.

Police said Wilson was standing at the counter of the GameStop off Lehigh Avenue in North Philly when two brothers, Carlton Hipps and Ramone Williams, walked in, almost immediately engaging in gunfire with Wilson and his partner, Damien Stephenson. After the battle, Wilson was rushed to Temple University Hospital, where he died of gunshot injuries. He was 30.

Hipps and Williams were both charged in Wilson’s death. In a controversial move in June 2018, District Attorney Larry Krasner agreed not to seek the death penalty for the two men if they pleaded guilty and gave up appeal rights— a decision Krasner strongly defended after backlash from both the FOP and some members of Wilson’s family. The men were sentenced to life in prison without the possibility of parole.

Wilson’s sister, Shaki’ra Wilson-Burroughs, released a statement on Thursday on the vandalism incident, stating that “the blatant disrespect that has been repeatedly shown toward my brother has resulted in an indescribable emotional reaction,” according to CBS.

Wilson-Burroughs has strongly opposed Krasner’s decision not to seek the death penalty.

“One year ago, the DA of this city set this tone of disrespect for the city by slighting Sgt. Wilson, III by offering a backdoor plea and denying him a trial,” Wilson-Burroughs said. “If the DA, top persecutor of this city, can tarnish the efforts and life of a slain officer while backing criminals then, why should any other layman warrant any real respect and keep their memory alive?”

“Yes, my brother was an officer of the Philadelphia Police Department,” she continued. “He was also a man who put his life on the line to protect and save the lives of those in that GameStop. He lost his life and, in any capacity, that should be enough to warrant respect.”

Wilson was one of 13 officers awarded a Public Safety Officer Medal of Valor by President Barack Obama in 2016.