Philly Politics Is a Mess. Here’s Why That’s Encouraging.

For too long we’ve been kept down by the rote predictability of our politics. 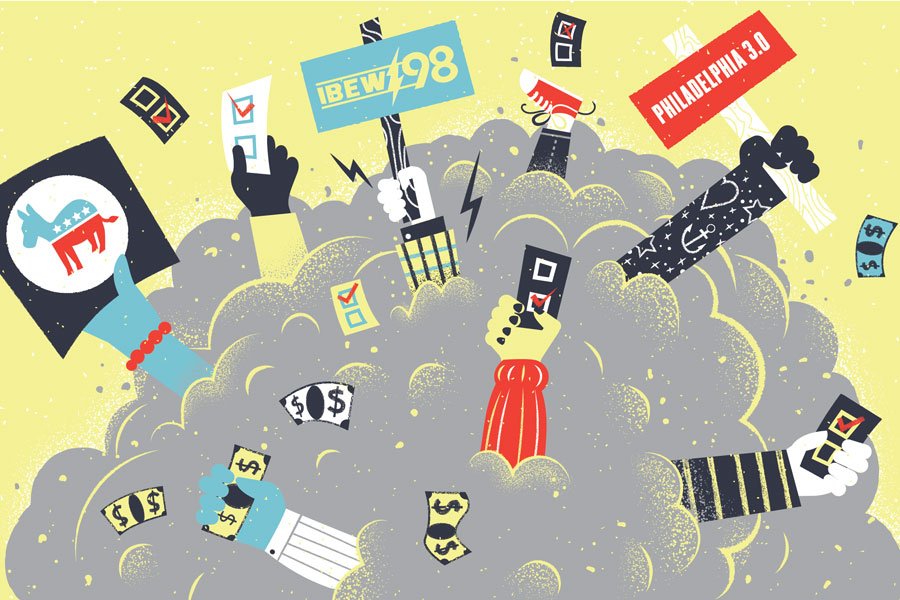 Philly politics are a beautiful mess. Illustration by James Olstein

Of all the takeaways from May’s primary election, perhaps the biggest trend to emerge … is that no trends emerged. Recent elections have had obvious themes. This year’s had none.

But 2019 didn’t lend itself to a catchphrase. This year, lots of things were simultaneously true and false. Party backing mattered (to new at-large Council members Isaiah Thomas and Katherine Gilmore Richardson), except where it didn’t (to ousted forever-incumbents Councilmember Jannie Blackwell and Register of Wills Ron Donatucci). Money mattered, but it wasn’t everything (Justin DiBerardinis and Eryn Santamoor, we’re still impressed with your war chests and hope to see you run again soon.) And name recognition mattered (being Councilmember Blondell Reynolds Brown’s chief of staff helped Gilmore Richardson), but only to a point (que sera, State Senator Anthony Williams and former controller Alan Butkovitz).

It was all messy and unpredictable, which … big-city politics should be. For too long, kissing the ring of this party boss or getting a fat check from that union was all that mattered. Make no mistake: Those still matter. But so, too, do endorsements from Philadelphia 3.0 and 5th Square and Reclaim Philadelphia. So, too, does knocking on doors till your knuckles bleed.

Part of what had kept Philly down was the rote predictability of our politics. As much as some of us would have liked to see a progressive sweep, ultimately that’s no more representative of where we are as a city than the old machine way of doing things. Philly’s a complicated city in flux. Let’s embrace the chaos.

Published as “Philly Politics Is a Mess” in the July 2019 issue of Philadelphia magazine.