This time around, can female representation be more than a fad? 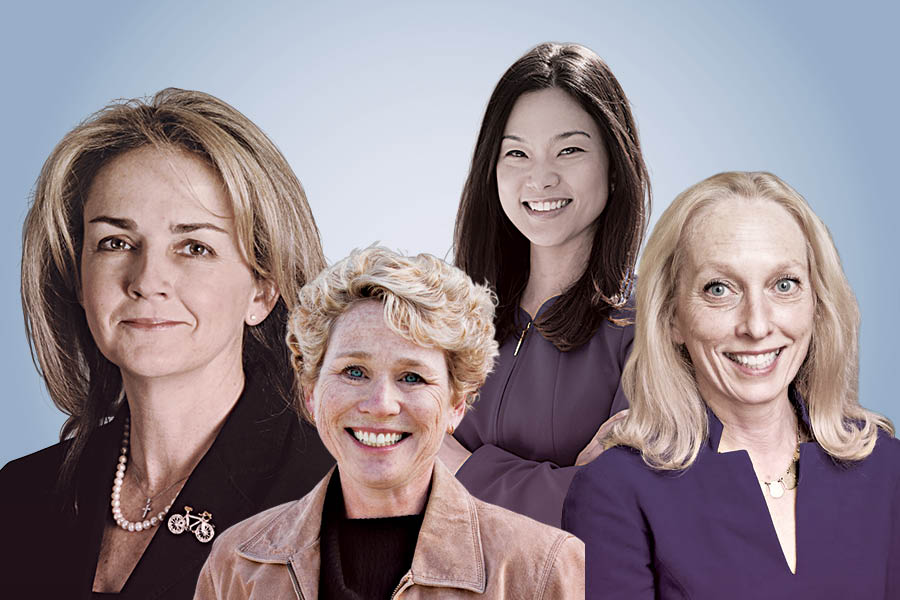 Above, from left: Madeleine Dean, Chrissy Houlahan, Pearl Kim and Mary Gay Scanlon. Photos of candidates courtesy of their campaigns

The similarities are uncanny. In 1992, the year after Anita Hill’s testimony about Clarence Thomas ignited a national debate on sexual harassment, a record 24 women were newly elected to the House of Representatives, increasing female membership by 60 percent. In 2018, the year after #MeToo swept across the country, some 527 women have launched campaigns for House and Senate seats.

Pundits called 1992 “The Year of the Woman.” In 2018, observers are using the term again. It’s too early to know if this year will yield another bumper crop of new Congresswomen. But the effects of the wave are obvious here.

In Pennsylvania’s May primaries, eight women emerged victorious, four of them in the Philly ’burbs: Madeleine Dean (D) in Montco’s 4th District; Chrissy Houlahan (D) in Chester County’s 6th District; and Mary Gay Scanlon (D) and Pearl Kim (R), who are squaring off in the Delco/Philly-straddling 5th District.

But some of us are wondering: This time, can we make female representation feel less like a fad that bubbles up every few decades? Much of 1992’s momentum was ceded in the 1994 Republican Revolution. Can this year be different?

Larry Ceisler, longtime political observer, says much hinges on whether Democrats can win back the House and enact change on hot-button issues like guns, health care and education. “If changes are made,” says Ceisler, new members “would get credit.”

Lynn Yeakel, director of Drexel’s Institute for Women’s Health and Leadership, nearly unseated Senator Arlen Specter in 1992. She says sustaining this year’s momentum will involve landing top positions in Congress: “Women’s progress is still glacially slow in terms of getting key leadership roles.” Also important: keeping women civically engaged — especially those who run and don’t win. “They need to stay involved and run again, which is what most men do. We need to think and act like the majority we are.”

Published as “Year of the Woman, Redux” in the July 2018 issue of Philadelphia magazine.