Juneteenth Is About to Become an Official State Holiday

On Wednesday afternoon, Gov. Tom Wolf will sign legislation recognizing the oldest known celebration of the end of slavery in the U.S., joining at least 40 other states that have already done so. 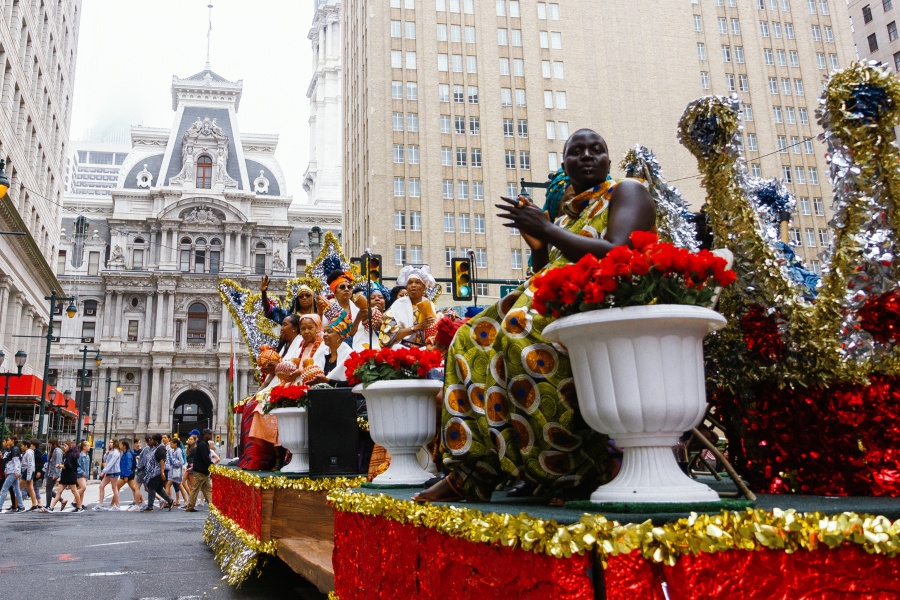 The 2018 Juneteenth Festival in Center City. | Photo by A. Ricketts for Visit Philadelphia

Wednesday marks the 154th anniversary of Juneteenth, the oldest known celebration of the end of slavery in the U.S. And this year, Gov. Tom Wolf will to sign legislation to deem Juneteenth an official state holiday. Pennsylvania will join more than 40 other states and Washington, D.C. in recognizing the date.

Some history: You may recall that President Abraham Lincoln’s Emancipation Proclamation took effect in January 1863, freeing the enslaved in areas of Confederate states liberated by Union troops. Two years later, in January 1865, Congress passed the 13th Amendment, officially abolishing the institution of slavery. But months would continue to pass before all of the states (Texas, in particular) actually got the message. Literally. It wasn’t until June 19th of that year that Union soldiers arrived in Galveston, Texas with a proclamation advising citizens that the enslaved were free.

What prompted the delay? Well, some say the first messenger sent to inform Texans of the news was murdered on the way. And other than that, it’s highly feasible that the news was withheld on purpose. After all, the Army of the Trans-Mississippi and other Confederate rebels refused to cede land for some time after General Robert E. Lee surrendered in April. During that time, slave owners in states like Mississippi and Louisiana had migrated to Texas to evade the Union Army, bringing some 150,000 enslaved people with them.

Even after Galveston got wind of the proclamation on June 19th, slavery didn’t come to a full stop. Plantation owners sometimes waited to announce the news until government agents forced them to do so, often forcing the enslaved to continue working. Those who dared leave to seek freedom faced the threat of murder after escape.

Still, Juneteenth lived on. From PBS:

Defying confusion and delay, terror and violence, the newly ‘freed’ black men and women of Texas, with the aid of the Freedmen’s Bureau (itself delayed from arriving until September 1865), now had a date to rally around. In one of the most inspiring grassroots efforts of the post-Civil War period, they transformed June 19 from a day of unheeded military orders into their own annual rite, “Juneteenth,” beginning one year later in 1866.

Texas became the first state to make Juneteenth an official holiday in 1979. This past May, the Pennsylvania House unanimously passed a bill to recognize Juneteenth. The state Senate followed suit last week. A spokesperson for Wolf said the governor is expected to sign the legislation on Wednesday afternoon.

Doing so will commemorate the date of Juneteenth, but it won’t require employers to treat it as an official holiday. Many say the legislation is ultimately just a step in the right direction — and Juneteenth should become a national holiday.

“For African Americans, Juneteenth historically is on the same level as Independence Day,” Ron Brown, a member of the National Juneteenth Observance Foundation who has organized Germantown’s Juneteenth celebration for the last two decades, told the Philadelphia Tribune. “It’s our July 4th.”

This past Saturday, Germantown held its celebration, as it has for years, at the Johnson House Historic Site.

Thousands are expected to attend the Philadelphia Juneteenth Parade and Festival in West Philadelphia this coming Saturday. The event will start with a 9 a.m. “Honor Our Ancestors” breakfast, followed by a parade and music festival beginning at noon at 52nd and Jefferson Streets and ending at Malcolm X Park at 52nd and Pine Streets. The festival will take place at the park between 1 and 7 p.m. You can find more information on that celebration here.