Despite a petition with more than 17,000 signatures and a heated local commissioners meeting, the Pride Day event at the Haverford Township Free Library will go on as scheduled on Saturday. 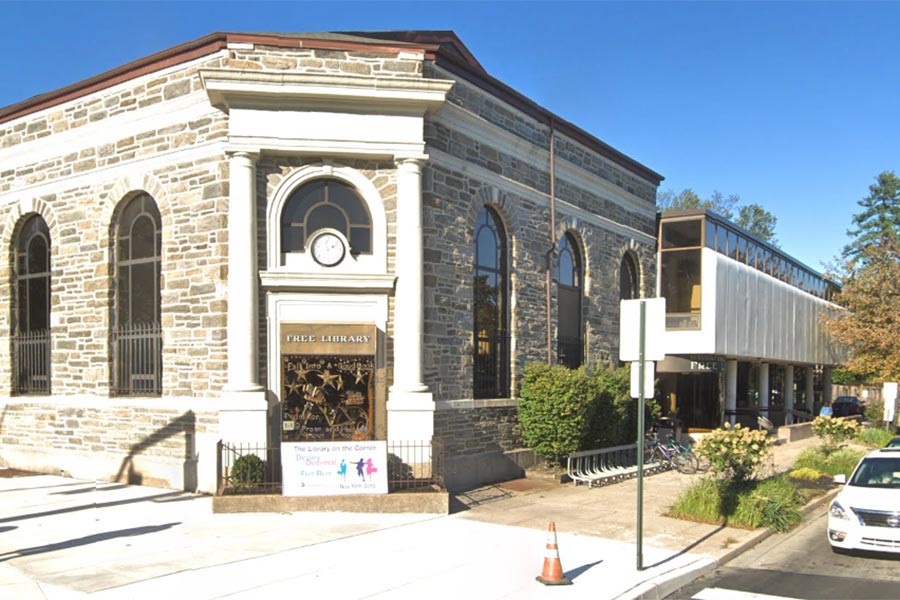 Since its formation in 2015 by a San Francisco writer, Drag Queen Story Hour, in which drag performers do public readings of books with themes of inclusion and acceptance aimed at young audience, has become a phenomenon at libraries around the country — and a target for anti-LGTBQ protests.

Last year, for example, backlash ensued when Philadelphia’s Please Touch Museum announced it would host an event called Drag Queen Storytime during its Pride Family Festival in June. “[I’m reading] this amazing pride book for children that covers everything from Dykes on Bikes to leather daddies,” Ian Morrison, a drag queen performing at the museum, told Philadelphia magazine at the time. “I get choked up when I look out and see these parents exposing their children to different lifestyles.”

In the end, that event went off without a hitch, but now the Haverford Township Free Library is facing similar criticism over its Drag Queen Storytime event scheduled for Saturday, June 15th. A part of the library’s “Pride Day” festivities, the one-hour all-ages event, hosted by drag performer Ms. Balena Canto, aims to “[entertain] children by teaching diversity, friendship and acceptance through reading children’s stories.”

The event has attracted the ire of national conservative groups, and a petition to cancel it has been signed by more than 17,000 people. On Tuesday night, more than 100 residents crowded a Haverford Township Board of Commissioners meeting to air their views, which ranged from claims that the event would “condon[e] hyper-sexual behavior in children” to citations of “scientific evidence” of the effects of exposing children to drag queens. 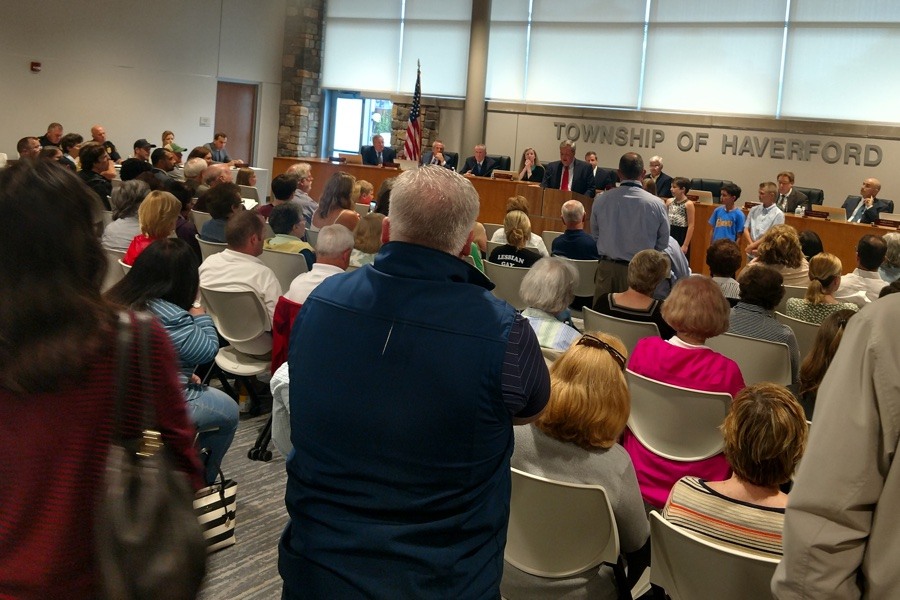 Haverford residents packed a Board of Commissioners meeting on Tuesday night.

“I am concerned that [Drag Queen Storytime] will force children into gender dysmorphia,” said Bill Williams, a resident of Haverford Township, during the meeting. “We must consider the long-term consequences.”

Williams, a physician, cited research from the American College of Pediatricians, which is listed by the Southern Poverty Law Center as “a fringe anti-LGBT hate group that masquerades as the premier U.S. association of pediatricians to push anti-LGBT junk science, primarily via far-right conservative media and filing amicus briefs in cases related to gay adoption and marriage equality.”

“Drag Queen Storytime is pushing an agenda and stereotypes based on bad misogyny,” said another man, who identified himself as a 14-year resident of Haverford. “We need to set boundaries for our kids and protect them from what drag queens are really about — pornographic conduct, drug use, and alcoholism.”

But not all in the crowd were opposed to the event. Attendees wearing “I Support DQSH” stickers could be seen throughout the room. 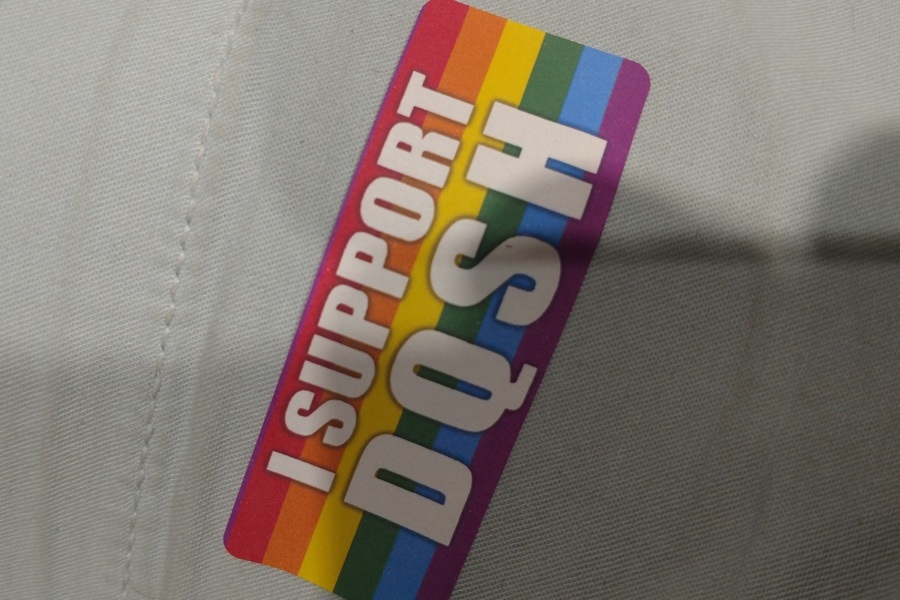 “I’m thrilled to see something I don’t know much about,” one resident said in support of the event. “I don’t think the library would bring someone who would harm us. Drag queens have rights, too.”

According to the Haverford Township Free Library, last year’s inaugural storytime had more than 200 attendees and was one of its most popular events. “We had virtually no complaints either prior to the event or afterwards last year,” said Phil Goldsmith, the library’s board president, during the meeting. “I was blown away by the enthusiasm of the parents and the kids who attended.”

“I think a lot of the opposition comes from a place of ignorance,” said Matthew Maisano, the drag performer playing Ms. Balena Canto, to Philadelphia magazine. “People who don’t take the time to understand what Drag Queen Storytime really is about have the idea in their head that it’s a traditional club drag show that can have adult themes. It’s not. The main purpose of this is for kids to be exposed to a positive LGBTQ role model.”

After the public comment session, the Board of Commissioners informed the crowd that they aren’t authorized to tell library leadership what to do, and many of the members spoke in favor of the event continuing in the name of free speech and diversity.

“The library is open for business. I’m not suppressing anyone’s right to free speech,” said board president Andy Lewis.

After several additional affirmations, only one member out of the nine commissioners spoke out in disapproval.

“This isn’t about inclusion and acceptance, this is about our children,” said commissioner James McGarrity. “The library should not have this on Saturday.”

Board commissioner Daniel Siegel fired back: “A cross-dresser reading to our three-year-olds isn’t a threat to our society, but intolerance is.”

“The event will go on as scheduled,” a representative from the library told Philadelphia magazine following the meeting. “Some residents assumed that the Board of Commissioners would side with them and put pressure on the library’s board to reconsider, but they failed. I’m happy to see that love trumps hate during Pride month.”

“Luckily, for as much backlash as there may be, I am glad there is exponentially more support,” Maisano said after hearing of the Board of Commissioners’ support. “All in all I am very optimistic for the future of Drag Queen Storytime and other LGBTQ+ programming for our youth.”