Let’s just hope it doesn’t end like the 2018 coyote chase. 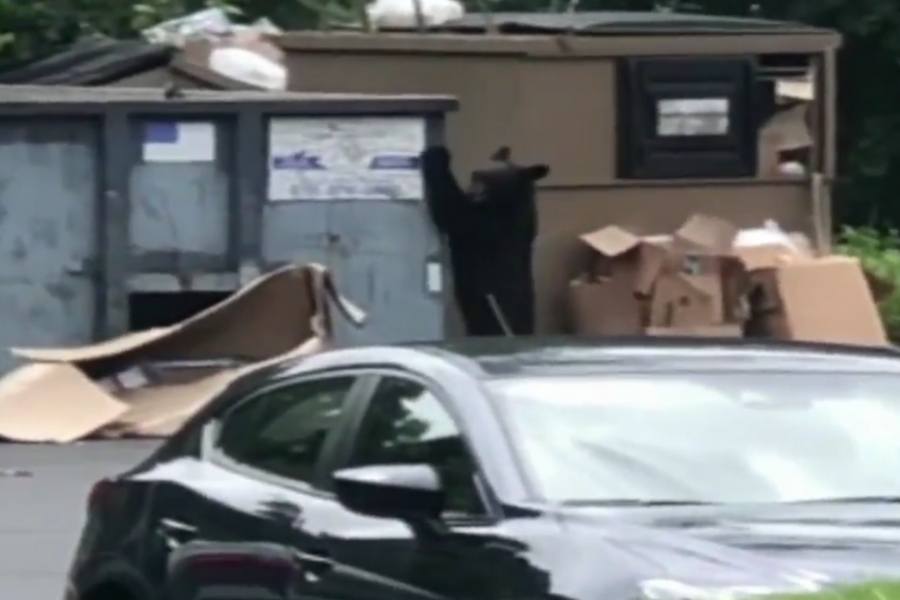 The black bear spotted in Roxborough on Thursday. | Image via 6ABC Action News

Welcome to the 2019 #PhillyBear chase. Here’s what’s happening: A black bear first came to East Falls on Wednesday (unless that was a different bear, but we’re doubtful), and on Thursday it was spotted rummaging through a Roxborough dumpster, probably searching for pretzels or cheesesteaks, because that’s what brings anyone (or anything) to Philly, right? Of course, the animal is being followed by a small legion of rangers, police officers, TV reporters, and news helicopters. And it’s got a number of Twitter users commenting on its every move, crafting puns like “This is unbearable!”

Last we checked, police were searching for the bear near the Andorra Shopping Center, in the woods along East Cathedral Road. (That was around 2:30 p.m. on Thursday.)

Officials told KYW the mammal is probably a young male, about two years old and weighing about 100 pounds. They think it’s the same bear that was spotted a few days ago — first in Warrington, Bucks County, on Saturday, then in Oreland and Wyndmoor in Montgomery County on Monday and Tuesday.

In fact, its route is apparently preferred by local bears: Pennsylvania game warden Jerry Czech told the radio station that two years ago, another bear took pretty much the same route toward the city. Only that one stopped in the upper Wissahickon, he said, choosing not to travel as far south as this one.

The Philly Bear was spotted in the East Falls area for the second day. Officials have been searching for the bear for the past 5 days. #PhillyBear pic.twitter.com/IEaeEH7Izf

If you’re interested in tracking the bear’s movement (again, if this is actually the same animal — let’s hope there aren’t five different bears running around the area), the Inquirer provided this handy little graphic of its travels. The newspaper also reported that black bear sightings are common in the area this time of year.

You’re probably wondering what might happen to the bear if it’s caught. We’re hoping this sequence of events doesn’t end like the coyote chase of 2018, which culminated in the euthanasia of an innocent creature. (Officials said the roaming coyote, which was first spotted in Mayfair and then South Philly, was suspiciously “friendly and docile.”)

Instead, rangers say they plan to tranquilize the bear, if they can get close enough, and relocate him to a more bear-friendly habitat west of the city. There, in state game lands, he’ll have the opportunity roam freely with the Philly-area bears before him, like one that was caught in 2017 and another that was captured the year prior via donuts, maple syrup and honey.

In the meantime, we’ll be waiting eagerly to see what happens to our black bear of 2019 — and enjoying Facebook comments on bear posts like, “If they catch the bear he’ll be out by tonight. DA Krasner will release him.” Plus tweets like these.

Took a while for the bear to get from East Falls to Roxborough. He must’ve taken Ridge instead of Henry. https://t.co/J1doLM1Q1I

#PhillyBear is in Upper Roxborough. It just chased my wife, @TCYogaTherapy