City controller Rebecca Rhynhart still hasn’t signed off on the purchase of the $8,000 units, but that’s not stopping the city from showing them off. 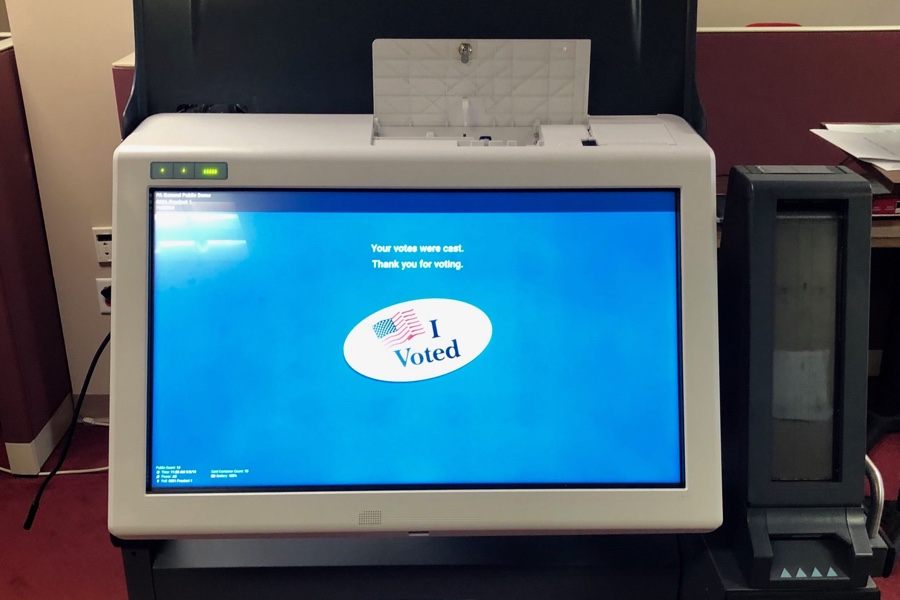 Everyone agrees that voting is important, but in true Philly fashion, the city government can’t seem to reach consensus on how we should cast our ballots — as in, the literal machinery that registers the votes. That question is at the center of a long-simmering (and occasionally boiling) dispute between city controller Rebecca Rhynhart and the Office of the City Commissioners, which voted in February to purchase new, modern voting machines with the plan of implementing them for this November’s election.

Rhynhart has stated she intends to use her powers as controller to block the purchase, leading Mayor Kenney to defend the decision in May and gruffly say of Rhynhart: “I don’t know what her problem is.”

But since the city has already received a preliminary shipment of 83 ExpressVoteXL machines worth $664,000, or $8,000 apiece, you might as well test them out at one of the public demonstrations the commissioners are putting on at various sites around the city this week.

We got a sneak preview of the machines a few weeks back and came away pretty impressed. (Although to be fair, almost anything would be an improvement over our current voting machines, which have been in use since 2002 and are best known for their tendency to malfunction on Election Day.)

Proponents of the new ExpressVoteXL machines argue they’re much more intuitive and secure than the current models, on account of their modern touch-screen interface and their production of a verifiable paper ballot. Rhynhart’s opposition has more to do with the procedure through which City Commissioners approved the machines in the first place. (You can read our thorough breakdown of the dispute here.)

This entire modernization effort stems from a directive issued by Gov. Tom Wolf  back in 2018 that all counties statewide adopt modern voting systems with a paper trail. But it should be noted that Philly’s fancy touchscreen machines aren’t the only way to have a modern voting system.

Montgomery County, for instance, unveiled a new procedure for the recent May primary that fused high and low tech: Voters filled out a ballot by hand (can you imagine?) before putting it through a scanner. Montco, which has about 425 total voting locations, purchased 475 scanners and another 450 ADA-compliant touchscreen systems, for a bill of $5.8 million. Voters there were lukewarm on the new technology after its grand unveiling for May’s primary. Then again, no one’s ever in a good mood on Election Day, so maybe it’s naïve to expect rave reviews of any voting mechanism.

As for Philly’s machines, they’re expected to cost the city somewhere in the neighborhood of $50 million, should the purchase finally go through. That equates to a total of 3,735 machines — for Philly’s roughly 1,700 polling places. Here’s where you can test out the machines this week: