The Fairmount Park Conservancy has envisioned a sprawling renovation for the park, which hasn’t seen any large-scale improvements since the 1930s. The price tag: $200 million. 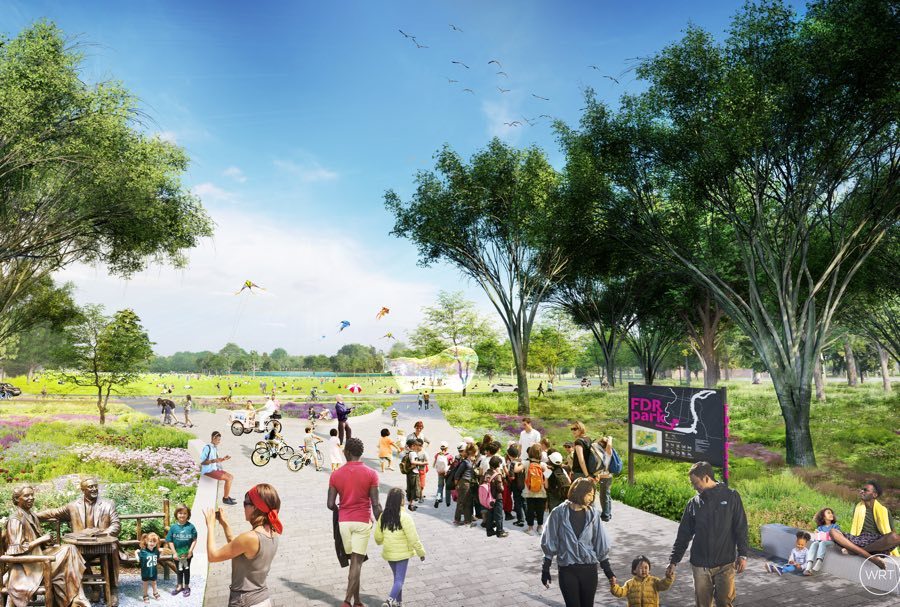 A lush entrance path would great visitors to the new FDR Park. Photo courtesy of the Fairmount Park Conservancy.

FDR Park in South Philly never really gets the attention it deserves as one of the city’s biggest parks, probably in part because the 348-acre green space and hasn’t seen any sort of major improvement since the 1930s.

The Fairmount Park Conservancy, the city-adjacent nonprofit that helps sustain green spaces throughout the city, wants to change that through a broad effort to reinvigorate the park’s landscape. Lately, the Conservancy admits, FDR Park has been a bit underwhelming: It’s routinely inundated with stormwater runoff from nearby I-95, and many of its historic buildings, including the Bath Houses and the Guardhouse, are closed.

The good news is that FDR Park has solid bones. The landscape architecture firm that designed the space, Olmsted Brothers, has quite the pedigree. You might recognize the name — the designers were the sons of a certain Frederick Law Olmsted,  he who designed a little patch of green in New York City called Central Park.

The wish list, developed over the course of the past year, for this modern update of FDR park includes many amenities: lakeside boardwalks, a fishing area, a picnic grove, a kayaking space, cleaned-up wetlands for wildlife (Wildlife! In South Philly!), a central lawn, and a 5k trail. Here are some very provisional renderings. 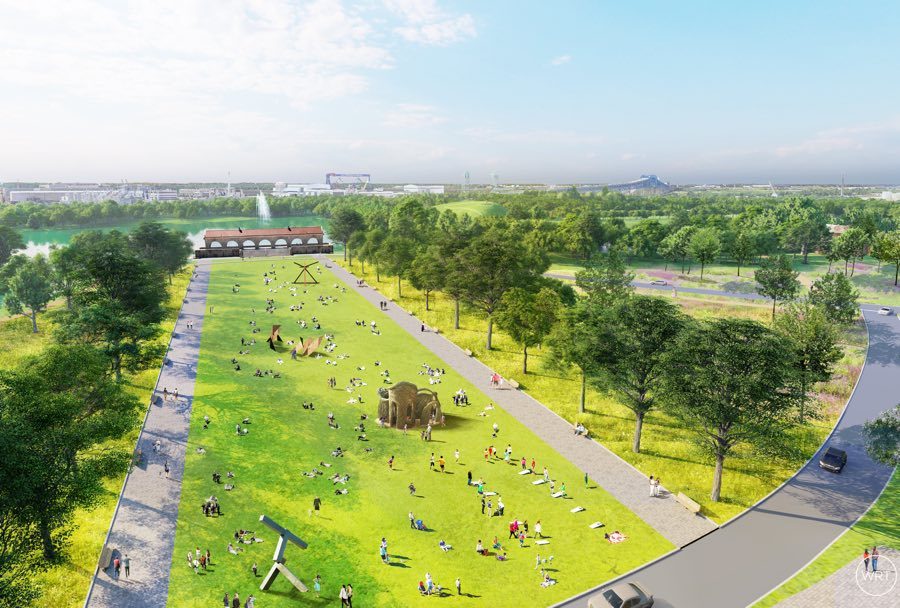 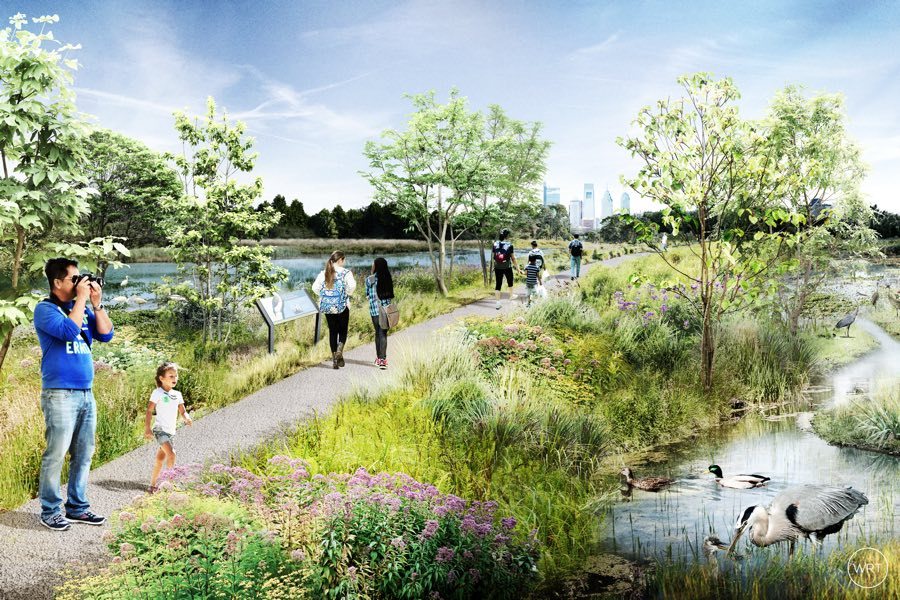 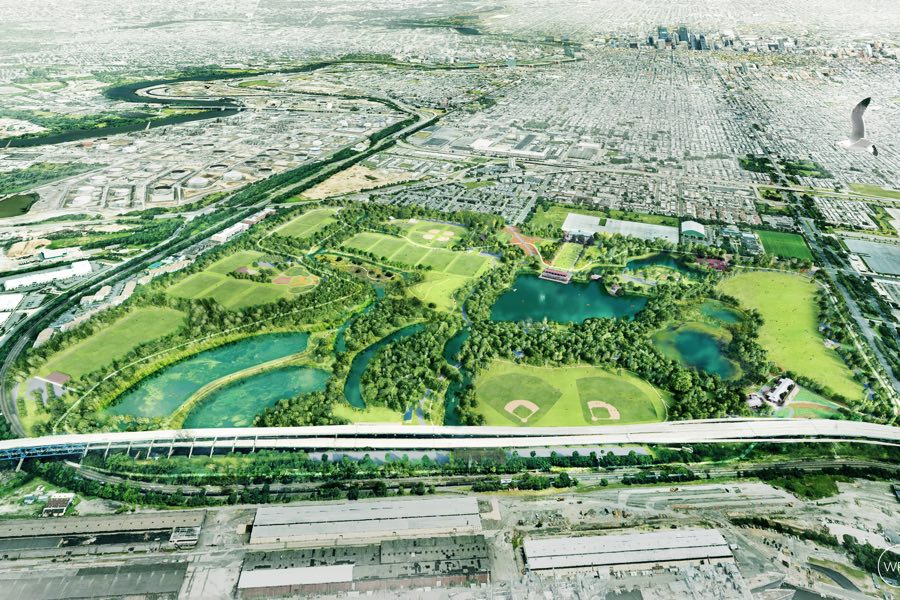 An inviting aerial view of the park. Courtesy of the Fairmount Park Conservancy.

But before you get too excited: Big ideas like this don’t come cheap. The estimated cost for all of the park improvements is $200 million, which the Fairmount Park Conservancy is hoping will be — and with that price tag will almost certainly have to be — funded through a combination of public and private money. Needless to say, that’s a massive undertaking, so there’s no timeline for any sort of project completion yet.

In the meantime, you could help pitch in some of that private money by checking out Parks on Tap, the roaming beer garden whose proceeds benefit the Fairmount Park Conservancy. Getting to drink in a park, while maybe helping fund another? That’s a win-win, if you ask us.