A new Germantown festival celebrates the iconic singer, whose career might have turned out a bit differently had it not been for a pivotal moment here. 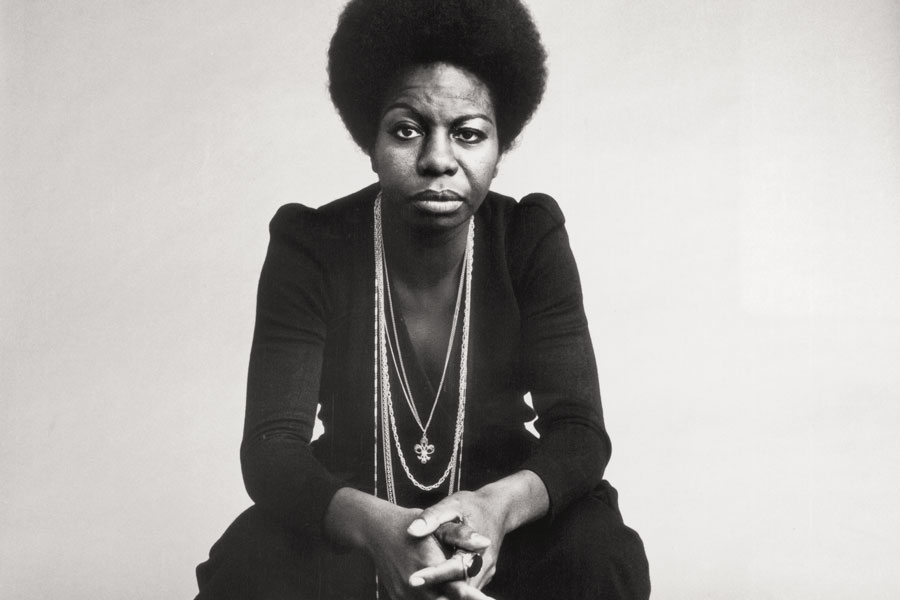 On May 19th, at various locations in Germantown, fans of Nina Simone will gather for Singing Nina, a day of concerts, panel discussions, and a documentary screening, all surrounding the one-of-a-kind performer. Why here? Because while Simone spent most of her life in New York, Europe and Liberia, and eventually self-exiled in France until her 2003 death, it was a quick but pivotal moment in Philadelphia that led her down the path to stardom.

A gifted classical pianist, Simone, born Eunice Waymon, moved here in the early 1950s so she could study at Rittenhouse’s prestigious Curtis Institute of Music. But Simone, who had already studied at Juilliard, was rejected by the school — something she blamed on racial discrimination.

To earn a living, Simone then began playing piano in an Atlantic City nightclub, where she was told that she needed to sing — something she’d never even considered doing — if she wanted to get anywhere in the music world.

The rest is history: dozens of albums that stretch from jazz to folk to R&B to gospel, and an active role in the civil rights era; Simone was one of the earliest performers to fuel the movement with music. Just listen to “Mississippi Goddam,” her sharp commentary on racial violence in the South, and songs like “To Be Young, Gifted and Black.”

“She was such an icon and such a voice when it was needed,” says Philly musician Brendan McGeehan, one of the event organizers. “And her biggest dream was denied right here, but it made her who she became.”
In addition to a screening of the critically acclaimed 2015 documentary What Happened, Miss Simone?, Singing Nina will feature a garden party with veteran Philly DJ Rich Medina, who will spin modern music inspired by Simone’s works, as well as a concert of Simone songs arranged for a classical string section.

As for that pivotal rejection from Curtis, some observers, including Inquirer culture writer Peter Dobrin, have viewed Simone’s claims of racial discrimination there with skepticism. In a 2015 article, Dobrin pointed out that Curtis had accepted black students prior to Simone’s audition and suggested she just might not have been good enough. Simone was one of 75 pianists to audition in 1951; only three were accepted.

In the end, the school awarded Simone an honorary degree for her “contribution to the art of music” on April 19, 2003. She died two days later.

Published as “Nina in Philly” in the May 2019 issue of Philadelphia magazine.