If the transit agency isn’t able to resume bridge maintenance and other infrastructure projects, some of its routes could end up being at risk by this time next year. 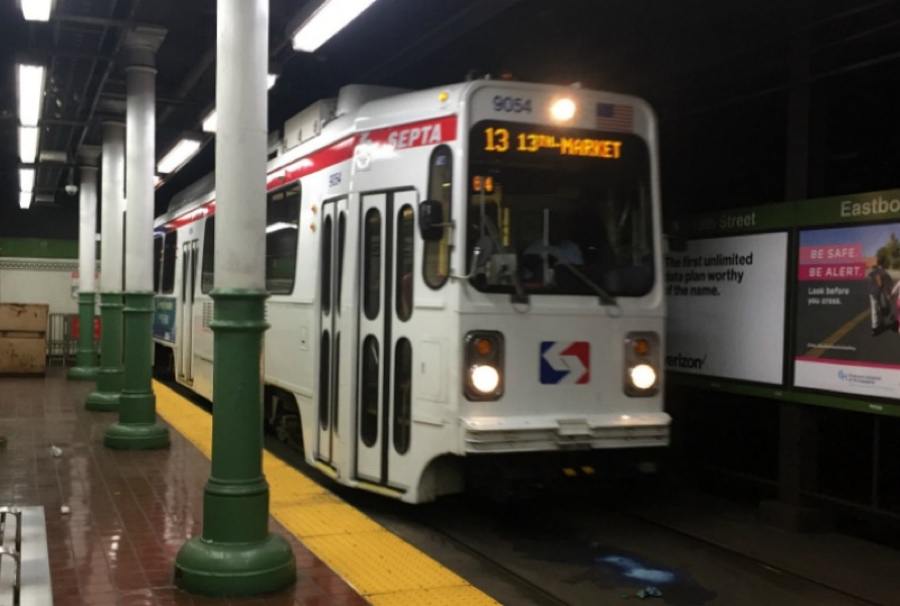 Thirty-seven SEPTA improvement projects, including trolley modernization and the renovation of the City Hall concourse, are back on hold over budgetary concerns.

The pause on construction has less to do with SEPTA than it does the Pennsylvania Turnpike Commission, one of the transit agency’s biggest funders. The Turnpike hasn’t been able to pass along some $63 million to SEPTA this fiscal year, due to a federal lawsuit filed by trucking advocates that alleges the Turnpike’s tolling system is unconstitutional.

There appeared to be good news for both SEPTA and the Turnpike in early April, when the suit was dismissed by a U.S. District Court judge. For a fleeting moment it seemed SEPTA would get its $63 million and all would be well. But the prospect of that quickly disappeared when the trucking advocates, including the National Motorists Association, filed an appeal. SEPTA and the Turnpike may have won the first battle, but the war continues — and some transportation law experts say it could last years.

In the meantime, the future of SEPTA’s budget is largely out of its own hands. That’s because in recent years, a good chunk of SEPTA’s funding has come via the Turnpike. Ever since 2007, Act 44, a piece of state legislation, has mandated that the Turnpike fund $450 million to PennDOT each year — and recently, SEPTA has been receiving about 75 percent of that money annually. In fiscal year 2017, for instance, SEPTA got $300 million of its $550 million capital budget from these funds.

The other side of the story here is that the Turnpike hasn’t really been able to afford these payments, either. So it’s been issuing about $400 million worth of bonds every year to pay PennDOT, and gathering the remaining $50 million from its own toll revenue. The result, as you might imagine, has been a massive spike in the Turnpike’s debt. Indeed, in 2007, the Turnpike had only $1.5 billion worth of bond obligations, whereas 10 years later, that figure had increased seven times over. At present, the Turnpike’s currently more than $11 billion in debt — $6 billion of which stems directly from bonds it issued to pay PennDOT. (The Turnpike issues other bonds for some of its own construction efforts.)

The federal lawsuit threw an already bad system out of equilibrium even further, Turnpike officials say, because it prevented them from being able to issue further bonds at a reasonable interest rate. (Turnpike bonds are currently rated A+ by Standard & Poor’s, which actually isn’t so great; the top rating is AAA.) Now that the lawsuit’s been dismissed once, the Turnpike is trying to return to the market to issue another $800 million in bonds, which would cover the PennDOT payments it’s missed so far this year, as well as next year’s obligation.

But given the poor financial state of the Turnpike, as well as the fact that the trucking lawsuit is still on appeal, it’s hard to say whether enough has changed to convince the bond market that the Turnpike is a safe investment. The only good news for the Turnpike — if there can be any good news in this situation — is that in 2022, it will no longer have to fund the full $450 million to PennDOT. At that point, the state’s general fund will take over the vast majority of the payments.

As all of this plays out, SEPTA, meanwhile, has to keep on plugging away with its sliced budget. The agency’s currently in the process of finalizing its budget for fiscal year 2020, which begins this July. It’s proposed two separate scenarios — one optimistic, one pessimistic — depending on the amount of Turnpike funding it receives. The optimistic proposal projects $675 million in total capital funding, $350 million of which comes from the state.  The pessimistic projection estimates that the capital budget would be sliced to $422 million — with state funding falling to $107 million. The $422 million would be SEPTA’s lowest capital budget since at least 2011.

“That is essentially a maintenance budget,” says SEPTA spokesperson Andrew Busch. What that means is the agency would be forced to stop all projects in the design phase — including repairs on multiple bridges — and instead focus on things like routine track maintenance and upkeep on electrical wiring. Construction projects that have already started will continue, at least until the current slate of work is complete; but any future phases of work will stop.

SEPTA has a separate operating budget funding things like employee salaries and fuel, which is unaffected by the Turnpike situation. According to Busch, that means service won’t be affected for now. But if SEPTA isn’t able to resume projects like its bridge maintenance, then as the infrastructure deteriorates, some transit routes could end up being at risk by this time next year.

Unfortunately for  SEPTA, it has very little choice in how it proceeds. Until the federal lawsuit is officially resolved, and the Turnpike determines whether or not it’s viable on the bond market, all the agency can really do is wait.