Most Charges Dropped Against BBWC Co-Founder Who Disrupted Council Meeting 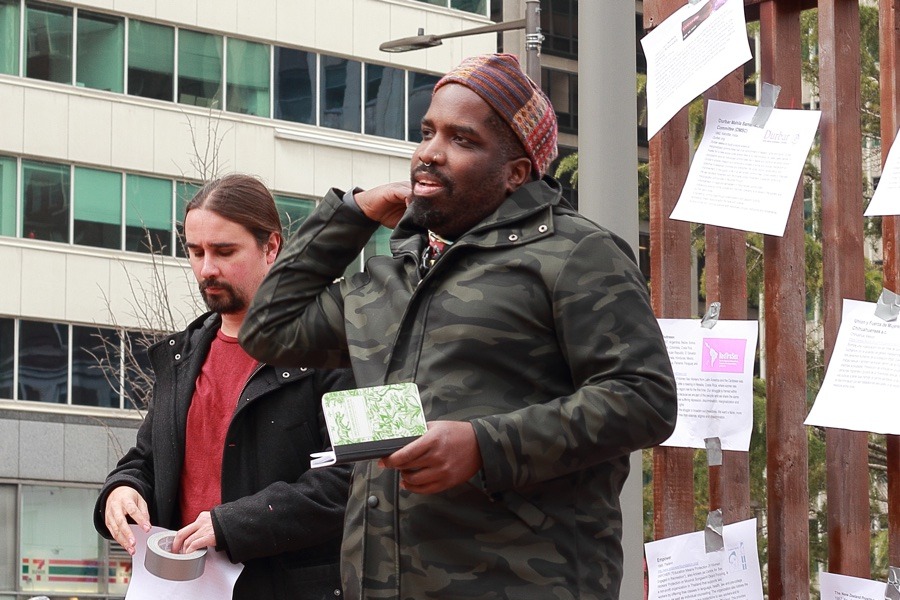 On Thursday morning, the Philadelphia District Attorney’s office dropped six of the seven charges filed against Abdul-Aliy Muhammad, co-founder of the Black and Brown Workers Cooperative, after a disruption of a City Council meeting in February.

Muhammad agreed to plead guilty to a summary disorderly conduct charge for causing a disturbance and was assessed a $100 fine.

“After reviewing the facts of the case, our office came to the conclusion that today’s negotiated plea was a just resolution to this matter,” a spokesperson for the DA’s office told Philadelphia magazine.

Muhammad, 35, was initially charged with aggravated assault, possession of an instrument of crime with intent, simple assault, reckless endangerment, disorderly conduct, resisting arrest, and disrupting a meeting following a protest of Council member Jannie Blackwell during a Council session on February 23rd. Muhammad and other activists were calling out Blackwell’s use of councilmanic prerogative — an issue the BBWC had been targeting for several weeks — when sheriff’s officers cornered and arrested Muhammad in the Council chamber.

“I am pleased that the DAO recognized that while there are constitutional regulations on free speech, we don’t need to punish speakers where no harm was done to others,” said Marni Snyder, Muhammad’s attorney.

“I’ve been asked to limit my protest or expression to the public comment portion of City Council meetings,” Muhammad told Philadelphia magazine. “While I do now understand the legal precedents for limiting speech during a public meeting, I think the limitation is unfair.”

The BBWC said the outcome of Muhammad’s case would not change the group’s approach to activism. A staff member in Blackwell’s office said she was in a Council session and unavailable to comment.