The Best Thing That Happened This Week: Use Your Freaking Turn Signal, You Jerk!

Philly only came in second in this poll. Thank God. 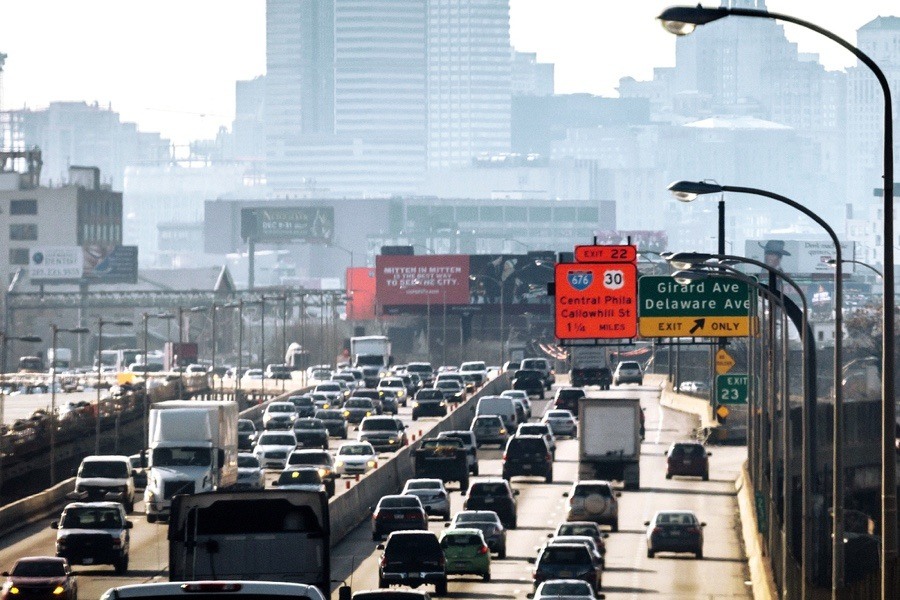 Congrats having aggressive drivers, Philly. Photograph by Photo by peeterv/iStock.

Philadelphia. We’re winners! The Super Bowl! James Beard noms! Bryce Harper! City of the Year!!! So none of us should be too upset that we only came in second in this week’s GasBuddy poll of U.S. cities with the most aggressive drivers.

We thought about that ranking this morning while driving into work on Route 422 and the Schuylkill Expressway. We had lots of time to think, because we’d no sooner merged onto 422 than we encountered a big blinking arrow forcing everybody into the far-right lane. (Pothole-filling.) Traffic slowed to a crawl again at the merge onto 76, but that’s normal. What wasn’t normal was the broken-down dump truck in the center lane on the Conshohocken curve. Or the tree-trimming crews—two of them, to be precise, one at Gulph Mills and another near Montgomery—or the bridge inspectors at Girard, where they’re apparently dusting the damned thing with tiny paintbrushes. All this just to get into the city proper, where one is met with closed streets and broken stoplights and construction barriers and sinkholes and Uber and Lyft drivers who are going to occupy their very own special circle of hell.

But hey, at least the delays provide an opportunity to smile and wave and commiserate with fellow drivers, right? Uh. Not exactly. Anyone who’s not staring down at a cellphone or adjusting makeup or snacking on a meatball sub is swearing at those fellow drivers, or flipping them the bird, or pulling up soclosetotheirrearbumpers that they occasion panic attacks. Of course, all these maneuvers limit one’s ability to use the turn signal, which we fully expect to become as vestigial on cars as the appendix in your gut.

Patrick DeHaan, petroleum analyst at GasBuddy, says Philly drivers are 20 percent more aggressive than those in more laid-back cities. We came in second to Los Angeles, in case you were wondering, whose drivers spent an average—an average!—of 128 hours stuck in traffic last year. That’s more than five days. Why any of this would cause drivers to become aggressive is beyond our understanding. But we’re telling you now: You better stay the fuck out of our way.