The LGBTQ youth nonprofit’s executive director and director of programs and operations were relieved of their duties on Tuesday, pending an investigation. 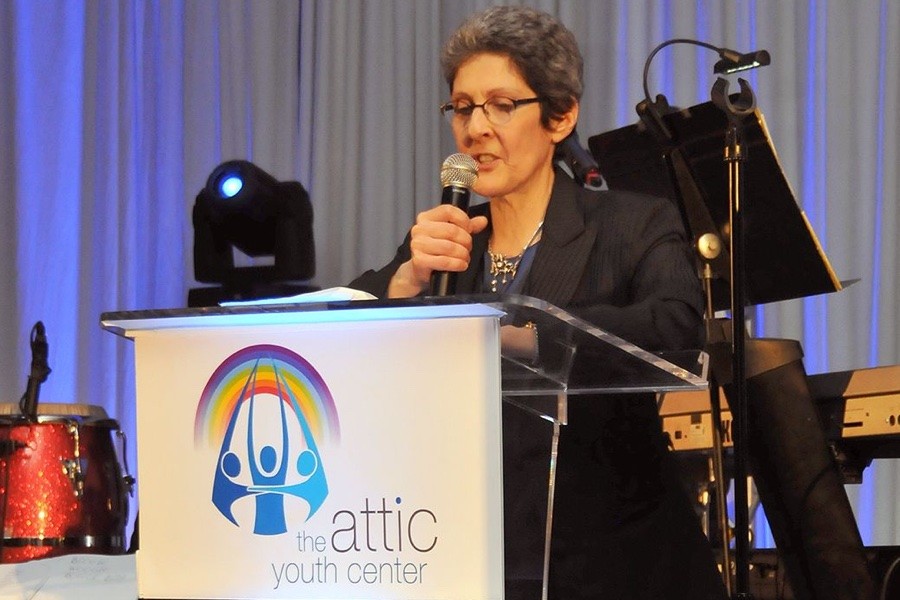 On Tuesday, the board of directors of the Attic Youth Center suspended longtime executive director Carrie Jacobs and director of programs and operations Christina Santos while an investigation is conducted into allegations by former staffers at the LGBTQ youth nonprofit.

Although the board did not specify the allegations facing the 25-year old organization, current staffers say the board’s reaction stems from a Facebook live video posted on Friday in which two former employees accuse Jacobs and Santos of racial discrimination, unfair labor practices, and negligence. As of Thursday morning, the video has been viewed more than 3,200 times.

Jacobs and Santos did not respond to requests for comment.

“The Board is deeply disturbed by these allegations,” the board said in a memo emailed to Attic Youth Center staff on Tuesday. “Effective immediately, Carrie Jacobs and Christina Santos have been relieved of their duties, pending the conclusion of the investigation. We will hire an objective, independent third-party to lead the non-biased investigation into the allegations.”

On Monday, the Black and Brown Workers Cooperative released a list of demands crafted by staff, former employees, and community members connected to the Attic Youth Center calling for the resignation of Jacobs and Santos and for the reinstallation of a former employee of color. According to the BBWC’s Abdul-Aliy Muhammad, the group has previously conducted anti–racial oppression trainings at the nonprofit at which concerns involving senior-level staff were raised.

According to the staff memo, the nonprofit will continue operating under associate director Jacinto Grant, working closely with board members Jasper Liem and Shawnese Givens.

Founded in 1993, the nonprofit has been the only one of its kind in Philadelphia and has served more than 10,000 LGBTQ youth over the years. Jacobs has been the organization’s executive director since its inception.

“This is a critical and difficult time for The Attic,” Liem, Attic Youth Center’s board vice president, told Philadelphia magazine. “Our goal is to make sure we are supporting staff as they continue to serve our youth and we work together in the coming weeks.”