Now That He’s Free of D.C., Bryce Harper Can Finally Become a Superstar

Ever since high school, he’s been prophesied as baseball’s version of LeBron James. In Philly, he can fulfill that destiny. 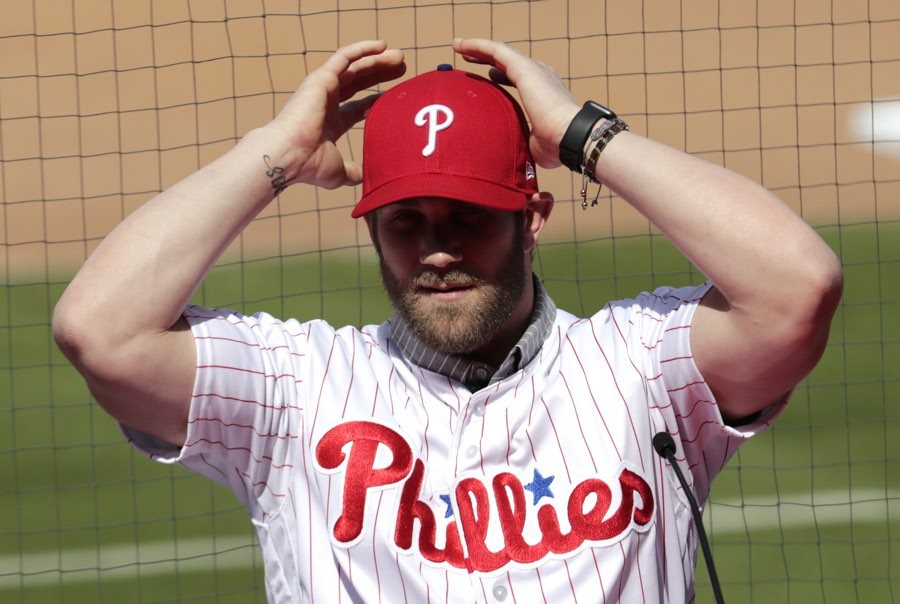 Our nation’s capital is many things. A place with, until recently, a long-suffering sports fanbase. A place where people — politicians and athletes alike — go to live because they have no other choice. The athletes that do select Washington, D.C., as a home tend to do so because it’s a place to end one’s career, not to win during one’s prime. It’s not that athletes in D.C. can’t be stars, but they don’t reach their full potential there.

Look at new Phillies outfielder Bryce Harper. For years he toiled away as a Washington National — winning an MVP in 2015, yes, but never managing to become the most visible star in his own sport. Even after that MVP season, Harper’s jersey was only the fifth-best-selling in baseball.

But now that Harper’s free of that swampish prison, how things have changed! He recently appeared, in regal Phillies pinstripes, on the cover of video game MLB the Show. And his Phillies jersey broke an all-time record — not just in baseball, but across all sports — for the most sales ever in a 48-hour period, topping LeBron James.

Baseball’s been experiencing a superstar deficit for a while now. Its best player, South Jersey native — and potential future Phillie? — Mike Trout largely goes about his business in silence. (Mikey, if you’re reading this, don’t take offense, we’d love to have you just the way you are.) It didn’t help the MLB’s reputation when Kyler Murray, one of the most visible college athletes in the country, decided to forgo baseball in favor of playing in the NFL.

But maybe this new-and-improved Philadelphia version of Bryce Harper can take up the mantle as baseball’s prime star. Could he finally fulfill his destiny as the LeBron James of baseball?

Harper’s career, in fact, dovetails with LeBron’s in many ways. They were both on the cover of Sports Illustrated as high schoolers. Notice any similarities? 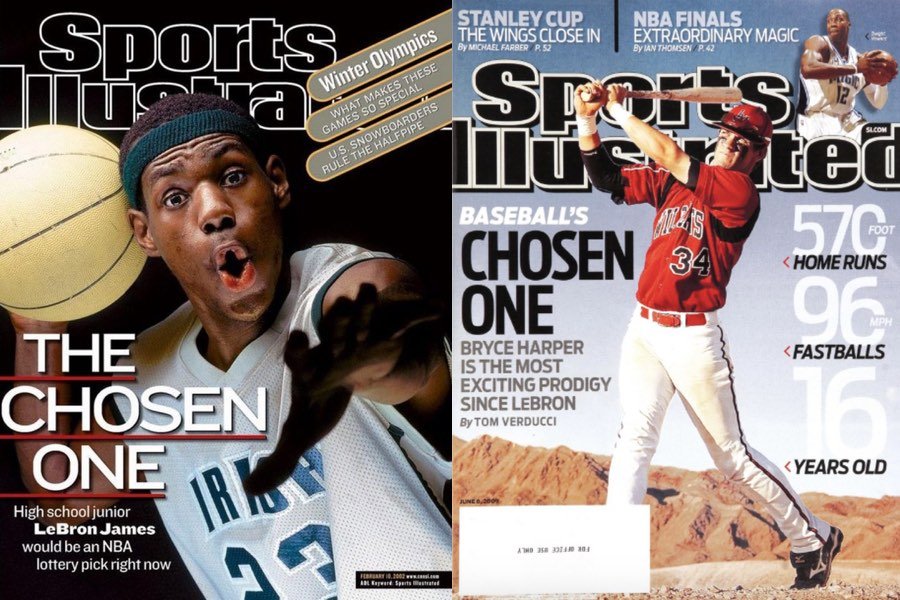 They both subsequently left the teams that first drafted them — leading fans to go crazy and start burning jerseys. With LeBron, though, at least Clevelanders had cause to feel jilted at the hometown kid leaving the franchise.

And now, Harper and James are both on the cover of their respective sport’s video games as well. As seen with his not-so-tacit recruitment of Trout, Harper is also like James in that he’s not afraid to engage in a little bit of tampering, either! Because they’re superstars, as crucial to their sports as a ball or a bat. What’s a commissioner to do, suspend LeBron James?

Harper of course isn’t on LeBron’s level just yet. But as a member of the Phillies, he’s closer than he ever was in a Nationals jersey. And Harper, remember, is only 26 years old. He’s got 13 years — and $330 million worth of motivation — to get there.