Hickenlooper may not be as well-known as a certain former vice president from Scranton, but the onetime Colorado governor and Narberth native is the first candidate with Pennsylvania roots to formally announce his candidacy. 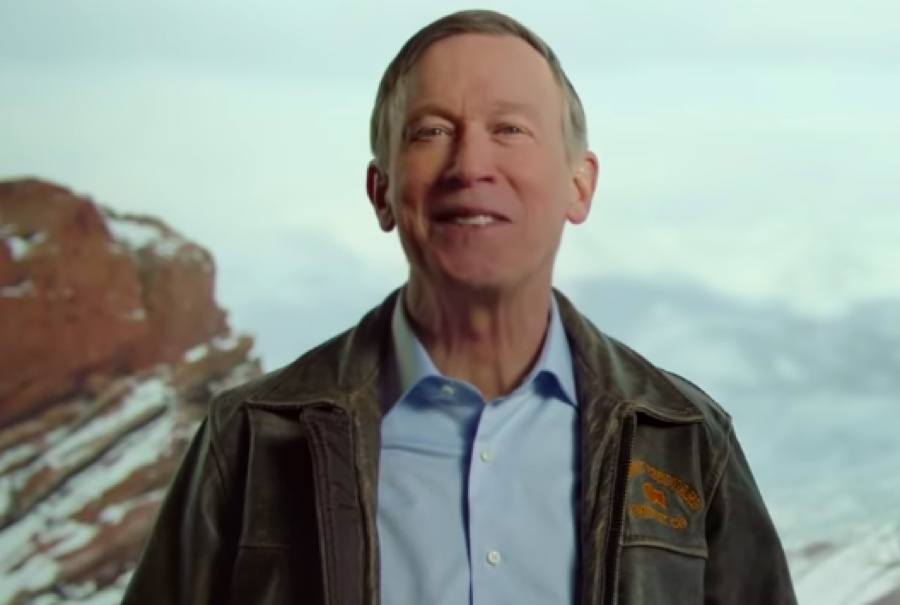 Any marketing expert will tell you that one of the keys to successful branding is having a unique name. Former Colorado governor and newly declared presidential candidate John Hickenlooper has that quality in spades — many, many spades. And in the crowded field of 2020 Democratic presidential candidates, anything that helps you stand out is valuable.

Hickenloooper, a 67-year-old who once owned a craft brewpub before serving his two terms as governor, officially made his declaration on Monday with a campaign video that referenced, by his own admission, his “funny last name.”

It's official: I'm asking you to interview me for President. Our country is in crisis, and we need someone who knows how to bring people together and get things done. This is my record, but I've never done it alone. Join me: https://t.co/ta7aY0lTeY pic.twitter.com/HaCnK5paBU

But the name isn’t the only reason you should keep Hickenlooper on your radar. He grew up on the Main Line in Narberth and attended the Haverford School. Apparently, he’s a Phillies fan. (Maybe the Bryce Harper signing is what emboldened Hickenlooper to throw his own proverbial chips on the table and announce his run.)

Hickenlooper doesn’t boast an especially well-known platform, unlike fellow presidential hopefuls Bernie Sanders, Elizabeth Warren and Kamala Harris. But he did sign a bill legalizing marijuana during his term as governor — and that, along with the Phillies fandom and Main Line credentials, was enough to get at least a few folks in the area talking about his candidacy.

s/o to the governor of Colorado, John Hickenlooper also a haverford school alum for legalizing nugs

Gov. Hickenlooper is a Haverford School grad & a @Phillies fan. Those aren't necessarily presidential qualities, but they don't hurt either.

Predictably, there were also many comments about his name.

John Hickenlooper for president? My theory is that the candidate with the shortest name usually wins.

Does Hickenlooper even fit on a bumper sticker?

I know nothing about him but I LOVE his name. President Hickenlooper just sounds very presidential.

For the moment, Hickenlooper’s the only declared candidate with Philly ties — and ones that are, admittedly, tenuous at best. But there are other Pennsylvania folks who could look to seek the highest office in the land — chief among them, a certain former vice president from Scranton. And don’t sleep on Philly venture capitalist Richard Vague, either.

Hickenlooper’s got a head start on them, and so far, he appears to be channeling a Beto O’Rourke-style folksy vibe.

If you had told me at this age I'd someday be an entrepreneur, I would have laughed. If you had told me I'd get into politics, I wouldn't have believed you. ⁣⁣
⁣
But today, this Geologist, Brewer, Mayor, and Governor is submitting his application to be your next President.⁣⁣ pic.twitter.com/mcA41NfLo6

But does he actually have a real shot? On Monday, a FiveThirtyEight piece posed that question and didn’t inspire much cause for optimism. Even with that vaunted name of his, only 22 percent of Democrats had an opinion of the man, per a recent study. And in way-too-early polling tabulations, Hickenlooper’s looping along at between zero and 1 percent.

But it’s still early! And if we learned any lessons from 2016, it’s that last names do matter — and someone who starts out on the margins can end up being the last person standing.